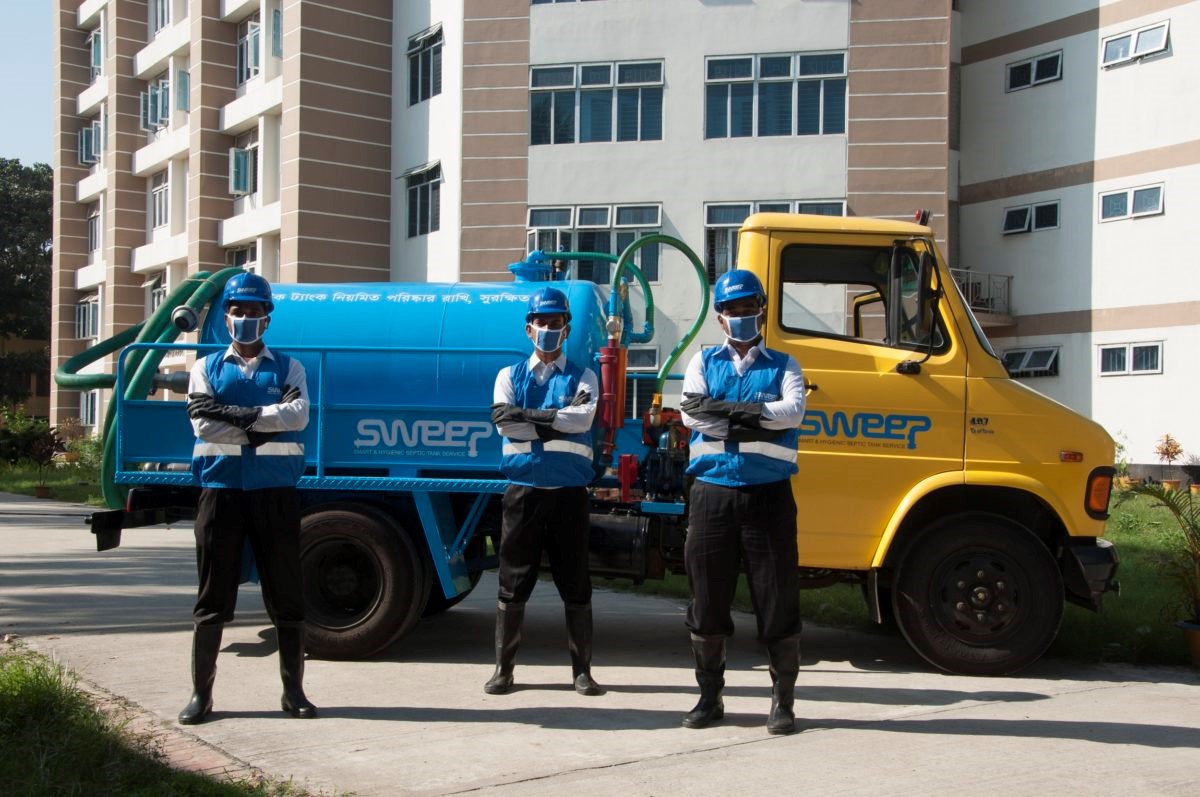 Chattogram is constantly faced with sanitation related challenges due to inadequate sewerage infrastructure for which most of the households in Chattogram rely on on-site sanitation. Traditionally, on-site sanitation services hired manual emptiers. However due to unhygienic practices and resulting detrimental effects on the environment and society, the local government started redirecting towards promoting mechanized desludging as the new alternative to manual emptying, through which the septic tanks and pit latrines can be cleaned using a vacuum chamber. Chattogram Sheba Shangstha and M/S Forak Ahmed and Sons supported by Water & Sanitation for the Urban Poor (WSUP), were appointed by Chattogram City Corporation (CCC) for this purpose.

However, despite existing services, most consumers were either still opting for manual emptying or were not interested in on-site sanitation at all. In order to tackle this challenge, Water & Sanitation for the Urban Poor (WSUP) recruited LightCastle Partners to formulate a new sales strategy to help improve the reach of SWEEP service in Chattogram city.

LightCastle Partners used the 4-step model to map, reach, analyze and infer the key stakeholders to understand the value chain, collect data and recognize the key bottle-necks in the service. The team targeted the lowest performing cluster in Chattogram that had a high concentration of Low-Income households for the pilot phase of the project, which served best in determining the gaps and pinpoint the areas which needed improvement.

The team developed new sales strategies for improving the state of the SWEEP services, and introduced a fixed clubbing method for both the LIC and High-Income Community (HIC) SWEEP services, which allowed them to maintain a sustainable sales model. Considering the logistical limitations of the services, a thorough graphical mapping of the service areas was conducted to help establish a well-organized platform for the sales representatives to keep an eye out for potential customers.

Additionally, an effective database management and introduction of commission agents were also recommended to WSUP. It was found that the main challenge faced by Chattogram was the communication gaps between the Brand Promoters (BPs) and the end-consumers. These BPs conducted door to door promotion, the process of which was plagued with inefficiency stemming from cultural disposition against talking about excretion related matter and the lack of incentive for the BPs themselves. Therefore, the project established touch-points in the form of retail agents providing a comfortable communication platform for the locals within that area. Moreover, BPs were converted into sales agents, who received a commission upon successful promotion of mechanical sludging.

Using the improved sales strategy developed by LightCastle Partners, WSUP Chattogram is currently trying to improve its customer base and also create further awareness among the population of Chattogram through its retail and commission agents. This sales strategy is also currently being replicated by other local governments in Bangladesh and soon this would also be considered for international expansion as well.

The COVID- 19 pandemic has brought about a shift in consumer sentiments, as demands for sanitary and hygiene products increase with rising concern for one’s health and well-being. In particular, the mechanical sanitation business that has remained unchallenged, holds a strong market for expansion of SWEEP services. Therefore, this industry will possibly face a greater demand as the country’s growing population will likely create greater opportunities for SWEEP services to expand. As a consequent of this demand, SWEEP services will be pushed towards further improvement and efficiency.