Sanitation solution for the marginalized low income community in Chattogram 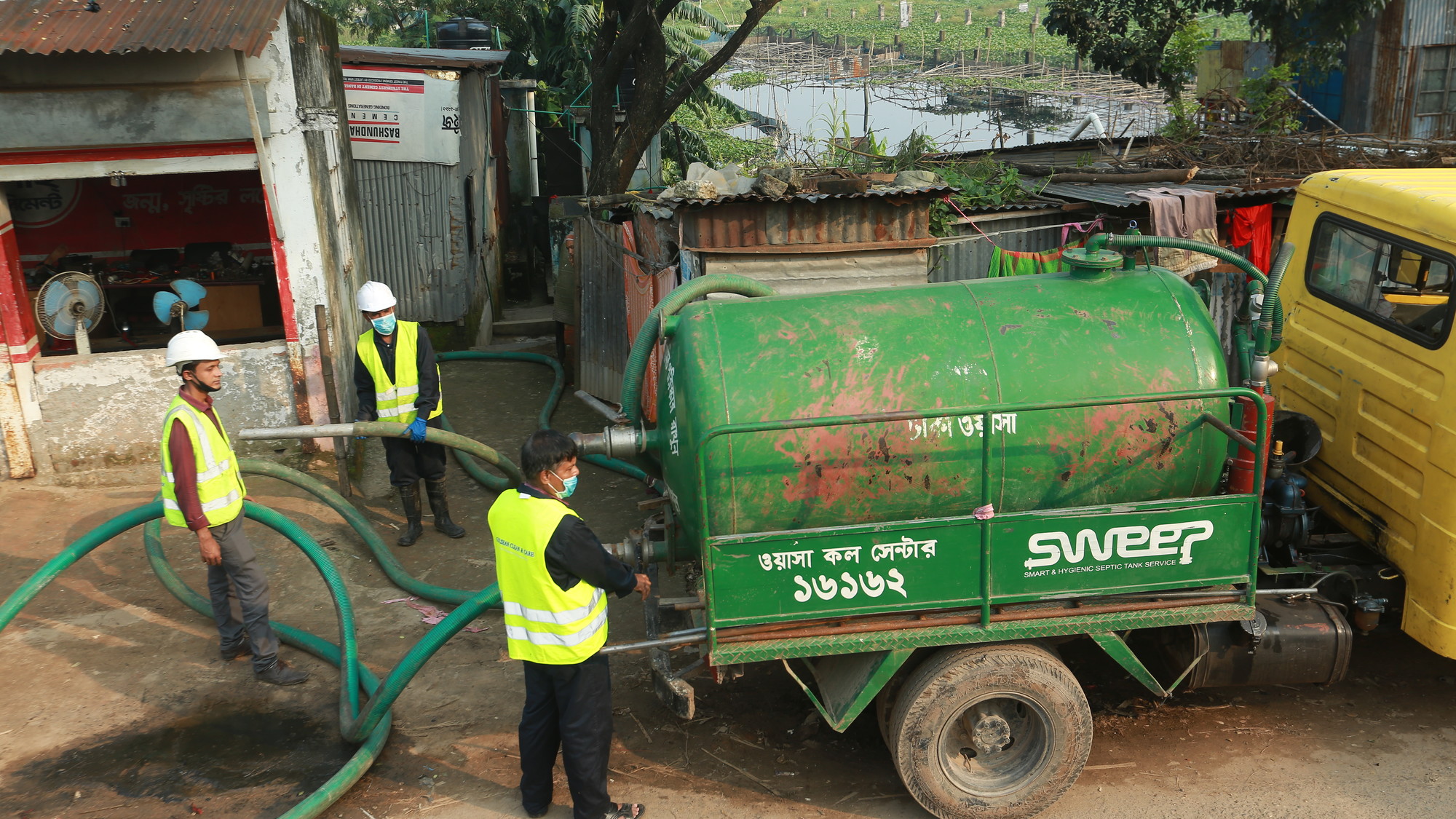 Chattogram, formerly known as Chittagong, is Bangladesh’s second-largest city with a population of 4.8 million people, of which around 700,000 live in informal settlements. There is no sewerage in Chattogram: most of the population use septic tanks while a minority rely on wet pit latrines; an estimated 200,000 cubic metres of faecal sludge accumulates in Chattogram’s tanks and pits every year.

The absence of improved sanitation means residents of low-income communities practice open defecation, which directly impacts their health, safety and dignity. This issue is made worse by the lack of faecal sludge management, resulting in the unsafe disposal of waste which is often deposited in the city’s drains and rivers.

In order to tackle the poor sanitation situation in Bangladesh, WSUP in association with Chattogram City Corporation initiated a new service, titled SWEEP, which introduced mechanical faecal sludge management through vaccum trucks. The agreement between WSUP and CCC required the SWEEP Entrepreneurs (hired through a rigorous selection process) to have at least 30% of its customer representation from the low income community. However, because of cultural, financial and social reasons, the sales figures of the SWEEP service, since its inception in 2017, has not been up to the desired level.

In 2019, WSUP appointed LightCastle Partners to prepare a sales strategy catered towards low income community members in Chattogram, in order to promote SWEEP among the group. The objective of the study was to understand the gaps between the service providers and customers and find innovative ways through which an effective and sustainable sales strategy can be implemented across Chattogram.

LCP devised a sales strategy that focused on providing value for money product offering for low income community members through aspirational marketing. The rationale behind this strategy was based on the current FSM practices and mindset of the individuals residing in the low income communities across Chattogram.

The SWEEP entrepreneurs were not inclined towards serving the LIC because of the subsidized pricing and low margins. In order to motivate the entrepreneurs to serve this segment of socio economy class, we first created an operational strategy that improved the existing business operations in the high income group to ensure steady flow of revenue. Once a profitable business was ensured, the SWEEP service providers could now focus on fulfilling its mandate of serving at least 30% of its total customers from the LIC community.

For LIC members, we created a bottom up sales strategy by establishing the sales drivers as the foundation upon which the push and pull strategies were established. 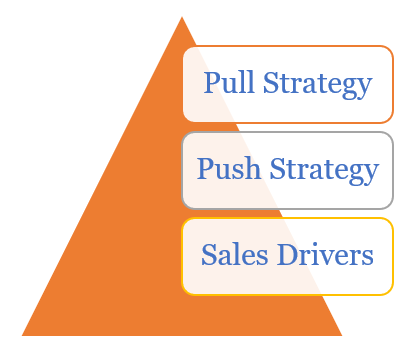 Through graphical mapping, database management, trained sales force and pilot with retailers, we prepared an operational system which would cater to the newly generated demand from the push and pull sales strategies. The end goal of the project was to create a self-sustainable service model that would generate profitability through its service to high end customers while ensuring proper faecal sludge management for the marginalized low income community of Chattogram.

We expect the FSM industry of Chattogram to shift from manual to mechanical emptying process in the long term. A sustainable private enterprise would not only result in economic prosperity for the locals, but will also allow the local government to fulfill its mandate of maintaining hygiene that is inclusive of all the citizens of Chattogram irrespective of social class.

Incorporating the newly formulated operational strategy followed by implementation of sales drivers would prepare SWEEP entrepreneurs to meet the newly generated demand through systematic changes. A profitable business model will also motivate the enterprise to focus their attention to social needs instead of just considering the former as a contractual mandate.

Lastly, a sustainable SWEEP business model in the future would require establishment of more treatment plants across Chattogram. If produced at scale, the treated waste can be sold as fertilizers to agro businesses and ensure a secondary revenue source for the local government while introducing high quality fertilizer in the agriculture sector.

The challenge for the industry, however, lies in policy mandates to bring in the households that currently empty their sludge directly to rivers or drains.