The Road to Empowering Vulnerable and Marginalized Women in Bangladesh 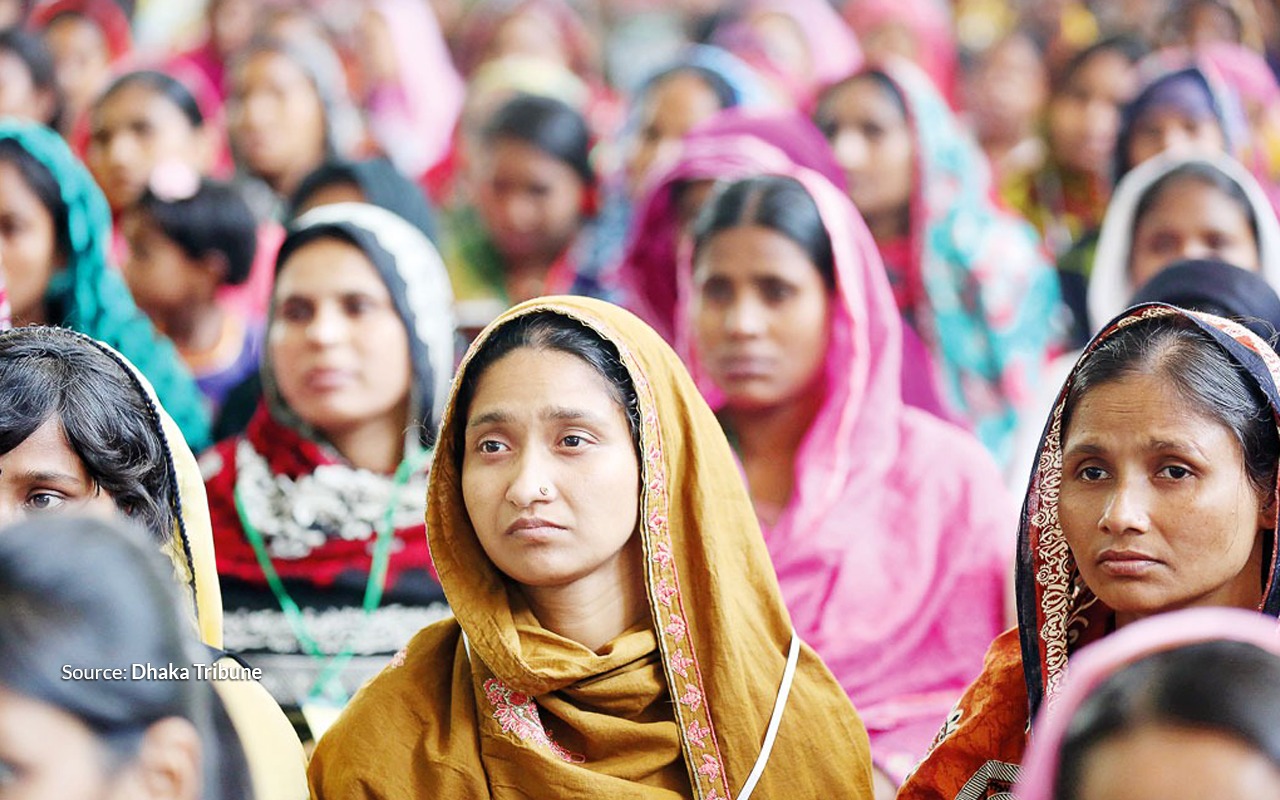 Traditionally, the dominant role of women in Bangladesh has been perceived to be only limited to looking after the family and just being mothers to their children, or wives to their husbands. Such draconian notions have largely kept Bangladeshi women from venturing out of the confines of their homes and to have the opportunity of pursuing their dreams by being truly empowered. Nonetheless, it can also be said that this situation has largely been changing for the better over the years as we see more and more women getting involved in income-generating activities and entering the labor market, along with political and cultural spaces.

Some factors which have propelled the change are different state initiatives, NGOs and women’s rights groups. However, Bangladesh, as a country still has a long way to go in ensuring a holistically safe and secure environment for women in which they would be able to practice social and financial independence, driven by proper education and access to opportunities.

Women’s Rights Organizations (WRO) have a major role to play in this context, as they have the capacity to mobilize groups at the grassroot levels and raise awareness regarding multiple social issues, train and educate women and children in different aspects, pave the way for income-generating opportunities and to create a development framework which is sustainable and can be nurtured throughout generations. Conventionally, this is what the WROs have been doing or at least trying to do in Bangladesh since the past few decades or so – but often falling short of expectations due to factors like the lack of a uniform approach, dearth of funds and lack of leadership foresight.

This is where Manusher Jonno Foundation (MJF) comes in. The Women’s Voice and Leadership Bangladesh (WVLB) Project, spearheaded by MJF aims to bridge these gaps by supporting local and regional women’s organizations and networks which are dedicating themselves to promote women’s rights in society and address gender inequality. A major focus of the project is to shed light on the plight of vulnerable and marginalized women spread out across the country, and let them exercise their rights. MJF is being funded by Global Affairs, Canada, as part of their global initiative – “Women’s Voice and Leadership (WVL)”. The huge project spanning across 22 districts has a total allocated budget of almost 7 million Canadian Dollars. Since March 2019, MJF has been implementing the project by providing grants and capacity-building support to Women Rights Organizations (WROs). This is also enabling the WROs to work closely with marginalized and at-risk women and girls in their communities.

LightCastle Partners was entrusted by Manusher Jonno Foundation (MJF) to carry out the baseline study to assess the present situation of the WROs, as to analyze their performance and gauge their capacity along with understanding the current status of the target beneficiaries who are being benefited by the 18 WROs, under the Women’s Voice and Leadership Bangladesh (WVLB) Project.

The broad Objectives of the assignment was –

The total work was broken down into three broad components: 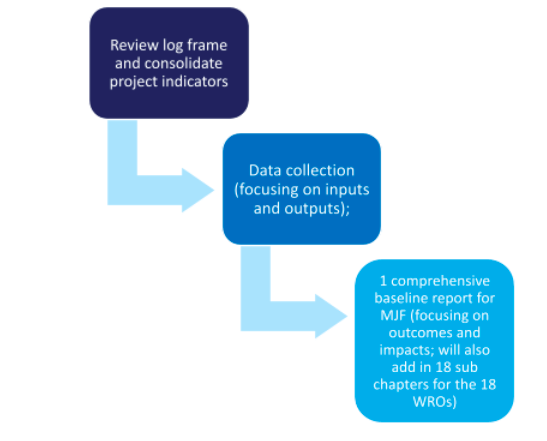 The 18 WROs were split into four categories based on their geographical locations – Dhaka, Chittagong, Rajshahi and Khulna. A mixed-method study was utilized combining both secondary and primary research techniques. The primary research comprised of both quantitative and qualitative type. Under primary quantitative data collection, data was mainly collected through digitized semi-structured Questionnaire Surveys for the beneficiaries and intermediaries. Primary qualitative data constituted of Key Informant Interviews with the management of each WRO and Focus Group Discussions with at least 6 participants per beneficiary groups. Necessary data was collected from secondary sources and with the help of pre-designed data collection checklists.

After the data collection was completed, LCP took the data and analyzed it to transform the raw data into meaningful insights through different analytical tools. LCP conducted different types of analyses like technical analysis using tools for demographic, socio-economic and gender analysis.

With the help of the study, LightCastle enabled MJF to assess the status of gender equality and gender-based violence in the grassroots level. By inspecting the level of violence against women and girls in the intervened areas of the project, LightCastle could gauge the position of women in the selected population regarding women empowerment, practice of women leadership in socio-political/traditional system as well as determine the degree of knowledge and awareness on women rights.

Lastly, LightCastle aptly highlighted on areas that need to be addressed by the WROs in improving the socio-economic lifestyle of the women in rural settings. A comprehensive baseline report backed by data and insights gathered from the field was submitted to MJF, along with the submission of 18 reports to each WROs so that they can take the learnings from the report and try to implement the LCP-recommended strategies accordingly with the help of MJF.

The existing perceptions and understandings of the beneficiaries are portrayed vibrantly in the report which will help MJF in comprehending the reality at the field level. MJF would then be able to direct and provide guidance to the 18 WROs so that they can ensure a world with more opportunities for the marginalized and vulnerable women in Bangladesh.