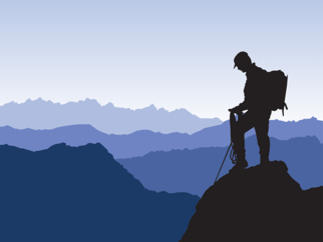 In the West, entrepreneurs are highly revered, and rightly so. Time and again, entrepreneurs have shown the world what they are capable of. From incremental value additions across consumer markets to groundbreaking technological advancements in industrialisation, they have done it all, and ushered in a new era of civilisation. That trend continues to this day.

Honestly, who would have thought that a college dropout could create a social networking site that would bring forth a host of new opportunities across cultures and countries in a very short span of time? Even five years back, how many of us have really thought that the word tablet could be more familiar colloquially as an electronic gadget and not merely medicine? Truly, entrepreneurs have been changing the world and the way the rest of us perceive it.

Successful entrepreneurs are the superstars of our generation. They have captured our collective imagination, and there’s no shortage of public interest in deciphering the “secret recipe” to their spectacular successes.  Autobiographies become instant bestsellers as common people rush to take a sneak peek at the lives of their favorite entrepreneurs as soon as the books hit the market.
In spite of the awe we feel towards these rockstar entrepreneurs, we know precious little about what makes them tick. And what makes them different from the rest of the pack.  As a result, our knowledge about entrepreneurial psyche and mindset remains, at best, murky.
In the developing world, entrepreneurship has been gaining traction as a means of stimulating economic growth.  China, India and the other BRIC countries – Russia and Brazil – have been producing record numbers of self-made billionaire entrepreneurs. According to Forbes, India has a tally of fifty-three billionaires, almost all of them self-made. China’s list of billionaires is also growing at a healthy rate. The fates of these growing economies have shadowed the change in fortune of their successful entrepreneurs. Many research papers have corroborated the strong positive co-relation between entrepreneurship development and a ountry’s economic growth.
Considering the far reaching impact of entrepreneurship, governments of BRIC and other developing countries have started devising appropriate policies for increasing the skill-set of would-be entrepreneurs, reducing bureaucratic and corruption related bottlenecks and addressing financing needs of fledgling entrepreneurs.
In contrast, in Bangladesh, entrepreneurial development in the mainstream has remained sluggish due to bureaucratic red tape, widespread corruption and the risk-averse nature of general people. Bangladesh is experiencing a demographic dividend, in the form of a large chunk of youth who add to the working population, and are willing to work full time. Entrepreneurship is a useful means for channeling the exuberance of the youth, many of whom otherwise would be unable to secure full-time employment. According to a recent research, Bangladesh requires almost seventy thousand new entrepreneurs per year to absorb new entrants in the job market.
Over the last two decades, demand for business education has increased significantly, and the advent of private universities has further boosted the trend. Regardless of an increasing number of BBAs and MBAs in the market, the number of entrepreneurs has not increased at a commensurate pace. A deeper level of analysis reveals that local business schools are failing to develop an entrepreneurial mindset among their students, despite the provision of entrepreneurship courses in core pedagogy.
Many may question the effectiveness of business education in developing entrepreneurs, while others may point out the lack of support facilities. But the fact remains that the present system is ill-equipped to foster an entrepreneurial culture within the society.
To this end, a three-pronged approach can be adopted to encourage aspiring entrepreneurs to come out of their jobs and get into establishing business ventures. There should be an effective mix of business incubators, training framework and easy access to finance through venture capital firms. While several business incubators have already mushroomed in Bangladesh in the last couple of years, there is still a dearth of workshops and consulting framework to equip fledgling entrepreneurs with the right knowledge and skills. It’s good to see that a venture capital firm began operations last year, while several others are waiting to launch.
It is my belief that the economic story of Bangladesh will be written by a new breed of entrepreneurs, spearheaded by the private sector.
Only time will tell whether they can properly leverage this to achieve our nation’s long cherished goal of attaining middle-income status in the coming decade.