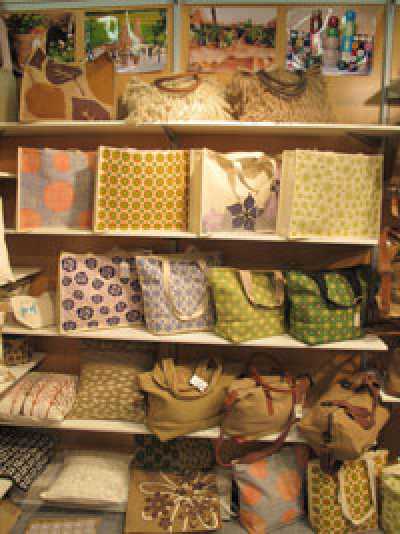 Jute has been traditionally cultivated in the Bengal delta for many years and has a strong cultural relevance in Bangladesh. In the years before and after independence, it was the primary foreign exchange earner and was dubbed as the “Golden Fibre”. Natural factors including conducive weather conditions (humid weather) and soil fertility were the main contributing factors to such competitiveness. Global demand for raw and semi-processed jute was also high which had contributed to higher export revenue for Bangladesh up till 1970s.  However starting in the ‘80s, due to a lack of government policy and declining global demand, export earnings from Jute dried up significantly. This phenomenon was largely precipitated by the availability of cheaper synthetic substitute.

Despite dipping export trend in international market, Jute has remained the second largest exporting product in Bangladesh after ready-made garments. Globally, Bangladesh is currently the 2nd largest exporter of jute products after India. The country’s exports of jute and jute goods amounted to more than US$ 1 bn as of FY2012-13, with production of 7.6M bales of jute (source: EPB and IJSG).

Over the last decade, demand for jute products in international market has propelled owing to a change in mindset amongst consumers preferring eco-friendly products over synthetic counterpart. Favorable government policies encouraging eco-friendly product usage have further increased demand for bio-degradable jute products. With availability of quality raw jute, Bangladesh sits at an advantageous position to tap into the growing market for Jute Diversified Product (JDP). According to recent Jute Diversification Promotion Center (JDPC) research, there are approximately 400 JDP producers in Bangladesh which mainly operate on sub-contract basis for the export market.

JDPC research further estimates total turnover of JDP sector at BDT 1,540 M as of 2011-12, with export contributing BDT 1,232M. The growth trend is encouraging with total market projected to expand by c. 20% over the next three years.

In total, JDP constitute about 5% of all jute export earnings. Export-oriented JDP enterprises have the experience of both the direct and indirect export. On the other hand, local JDP sales revenue occupies a considerably smaller portion in the total JDP trade amounting to only BDT 233 million. The sales trend of JDPs has been of increasing nature over the last 3 years, with average growth of 20.4% per annum; although some of the enterprises have seen their individual growth curve going downward. JDPPs procure their raw materials domestically (mainly from Dhaka) and produce products according to the design specifications of the buyers.

Domestic demand for JDP is growing with booming demand from institutional buyers. As part of CSR initiatives, many local and multinational corporate are ‘going green’ by introducing jute diversified products as gifts for their clients and jute bags and accessories for conferences and seminars. Many business to consumer (B2C) producers are also adopting jute packaging to stamp their environment friendly credentials.

From a recent study on JDP industry conducted by Katalyst, survey findings show that majority JDP producers are small 25% (15-20 employees) and medium sized 58% (20-30 employees). Employment averages to 43 JDP workers per enterprise. JDP industry also has a social dimension to it. The production of JDPs is becoming a significant source of income for women, who not only constitute most of the entrepreneurs managing the 400 JDP producers, but also many of the employees of such businesses.

Apart from favorable shift towards bio-degradable jute products, price of synthetic substitutes have increased owing to sustained oil price hike. The trend is expected to continue as fossil fuel supply deplete further. Several government restrictions have strengthened demand for jute in EU. UK and Australia have enacted partial ban on plastic bags while heavy taxes have been imposed on plastics sacks by Italy and Belgium. Some middle-eastern markets have opened up which will further increase demand for jute products.

Bangladesh already enjoys duty and quota free access to major developed economies and will need to cash in to further expand their pie. Government support is imperative to allow growth of the sector with an array of marketing support, export incentive and structural industry wide support. Currently, JDP SMEs face severe dearth of supply of raw materials as many mills are unwilling to supply at low volume. Government needs to intervene to establish a raw material bank for supporting procurement of raw materials. Overall, JDP has overwhelming growth prospects and potential for higher value addition compared to export of raw jute.