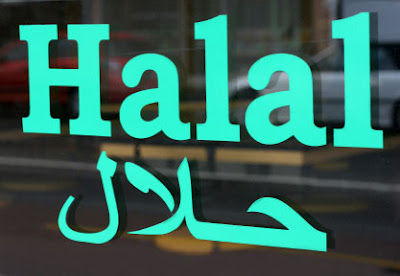 According to Al Ries – author of ‘Positioning: the Battle for Your Mind’ – “A brand is a singular idea or concept that you own inside the mind of a prospect.”
Branding is a phenomenon that was popularized during the late 19th Century by soap bars sold in packaged units with a distinct logo. Since then, different brands have tried to attract their target group in many ways to win the battle of the mind of the consumers. But all this while, they had been ignoring a large segment of the global population, the Muslims until recent times. They are now trying to understand the delicate needs of the growing Muslim population and design campaigns to comply with the Muslims and their religious principles (Shar’iah). A new race has begun among the global brands to capture the mindshare, heart share and most importantly, the wallet share of the emerging Muslim consumer group.

Ogilvy Noor, the Islamic Branding wing of world leading advertisement firm Ogilvy and Mather, defines Islamic branding as “branding that’s empathetic to Shar’iah values, in order to appeal to the Muslim consumer, ranging from basic Shar’iah-friendliness to full Shar’iah-compliance in all aspects of a brand’s identity, behavior and communications.” According to this firm, core Shar’iah values and its compliance resonate with majority of the Muslims irrespective of their geographic location, age, gender, culture or degree of religious practice. Shar’iah is not limited to fiqh (law) only, but also includes values such as: honesty, respect, kindness, peacefulness, purity, discipline, modesty, unity and dignity which are an integral part of the Islamic faith.
Although in recent years, China and India have captured the attention of the world’s marketers, a quiet but enormous business potential lies largely untapped in the global Muslim consumer market today, justifying a shift in focus to what is known as the ’3rd one billion’. Currently, Muslims make up almost one-fourth of the world’s population. The global Muslim market now stands at approximately 1.8 billion and is projected to grow by about 35 percent in the next 20 years. The halal market alone is worth a staggering US$2.1 trillion a year which is greater than the entire GDP of India, Russia, Canada or Australia respectively. Not surprisingly, marketers are rushing towards this group as it is increasing at US$500bn each year due to the enormous growth of the global Muslim population.

Majority of the Muslim population is from the South and South-east Asia (62%) region followed by the Middle-east (20%) and Sub-Saharan Africa region (15%). Most global enterprises, whether from the West or the East are starting to notice the N-11 countries (coined by Goldman Sachs investment bank) where 53% of the population are Muslim. Muslim population are some of the youngest in the world with more than 750 million under the age of 25, representing 43% of the global Muslim population, and 11% of the world. This population and economic growth has been accompanied by an Islamic renaissance sowing its seed through the rise of new generation of young Muslim think tanks, business professionals and entrepreneurs.
Most of the marketers face two main challenges when it comes to addressing the Muslim consumers. First, most of the global brands operate on a geographic basis, but the ‘Islamic conscience’ is something that is a more universal concept. The best way to capture this is to move from localized management, to a universally focused product management function to transfer the Islamic brand and its meaning into the core products. Second, Muslim consumers are not a segment that differs by one variable from the norm. We have to understand that Muslim consumers are an alternative norm where the starting point is their Islamic identity, and everything else fits into it. Muslims’ own belief in the significance of Islam in their lives is pervasive, and for them, this ‘sincerity’ is key in marketing practice of any company.
Part 2 of this write-up will throw ideas on the potential sectors for Islamic branding, few case studies, and finally how to design a sustainable Islamic brand.