Be brave, be complex! 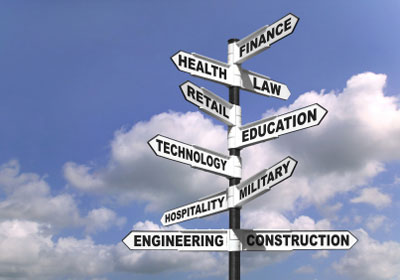 We all heard the pejorative saying “Jack of all trades, master of none” a lot. It implies that by trying to learn many things, you give up mastery of any of them. We all have that one person in our life, especially at our workplace, who is a ‘know-all’ or is actually good at in almost everything. We have special names for them too, ‘matbor’, ‘pakna’ and what not. Sounds familiar? Yeah, thought you would get that. However, no matter how much we can’t stand them, deep down we all have a sense of respect for that person too. Why? Because we know that he always has an answer to the problems being the ‘all-rounder’.
Are the days of Da Vinci, Ranbindranath Tagore dead? Is it possible to, at once, be a world-class painter, engineer, scientist, and more? Some would say ‘no way’ and that those times are long gone. Now the best you can do is pick your field and master it. So, what exactly is mastery? Does it mean you have nothing left to learn? Is it entirely possible to be a jack of all trades, and a master of many? Sometimes we overestimate the time needed to “master” a skill and confuse “mastery” with “perfection”. It’s not about how perfect you are, nobody can be perfect, but it’s about being good at everything that you do in the best possible way.

The central counter-argument for learning is that, any learning comes with an opportunity cost. Learning about Great Plains, SCM or other accounting software might very well take up time that you would otherwise use for studying, suppose Maslow’s theory. But knowing a little of everything can often be better than having one expert skill set. Learning isn’t a zero-sum activity. There is no end to learning. If you’re not convinced yet, Cole’s many arguments support the view that you can be a generalist or take a multi-disciplinary approach and still do great work.
[slideshare id=36161616&doc=lightcastleanalyticswinglaw-emergingmarketinsightseries2-140622091156-phpapp02&type=d]
In the modern world, it is he who specializes who survives and thrives. There is no place for Renaissance men/women or starry-eyed amateurs. Diversity of intellectual playgrounds breeds confidence instead of fear of the unknown. It also breeds empathy with the broadest range of human conditions and appreciation of the expansive range of human accomplishments. The alternative is the defensive xenophobia and smugness uniquely common to those whose identities are defined by their job title or single skill, which they pursue out of obligation and not enjoyment. I have seen people study both Corporate law and ACCA together, or taking multiple majors! Why? Because today, jobs are extremely demanding and requires you to exhibit extensive flair of qualities to stay ahead in the competition.
In a world of dogmatic specialists, it’s the generalist who ends up running the show. Is the CEO a better accountant than the CPA? Is Steve Jobs a better programmer than the iTunes’ VP of Engineering? No, but he has a broad range of skills and sees the unseen interconnectedness. As technology becomes a commodity with the democratization of information, it’s the big-picture generalists who will predict, innovate, and rise to power fastest. There is a reason military “generals” are called such.
Boredom is failure. Lack of intellectual stimulation, not superlative material wealth, is what drives us to depression and emotional bankruptcy. Generalizing and experimenting intellectual skills prevents this, while over-specialization guarantees it. There are some typical lot who claim that something “takes a lifetime to learn.” Hogwash. Based on other’s experience and research, it is possible to become world-class in almost any skill within one year.
The specialist who imprisons himself in self-inflicted one-dimensionality — pursuing and impossible perfection — spends decades stagnant or making imperceptible incremental improvements while the curious generalist consistently measures improvement in quantum leaps. It is only the latter who enjoys the process of pursuing excellence. The jack of all trades maximizes his number of peak experiences in life and learns to enjoy the pursuit of excellence unrelated to material gain, all while finding the few things he is truly uniquely suited to dominate.
Don’t put on experiential blinders in the name of specializing. It’s both unnecessary and crippling. Those who label you a “jack of all trades, master of none” are seldom satisfied with themselves.
Why take their advice?
Here is a description of the incredible Alfred Lee Loomis, a generalist of the highest order who changed the course of World War II with his private science experiments, here taken from the incredible portrait of his life,Tuxedo Park: ‘Loomis did not conform to the conventional measure of a great scientist. He was too complex to categorize — financier, philanthropist, society figure, physicist, inventor, amateur, dilettante — a contradiction in terms.’
So, be too complex to categorize. Look far and wide. Because there are worlds to conquer!