Introduction
Ship-breaking is a type of ship disposal process. Usually, after a few decades of their lifespan, ships are dismantled into scrap for recycling. Of the approximate 45,000 ocean-going ships in the world, about 700 are taken out of service every year (Source: shipbreakingbd.info) 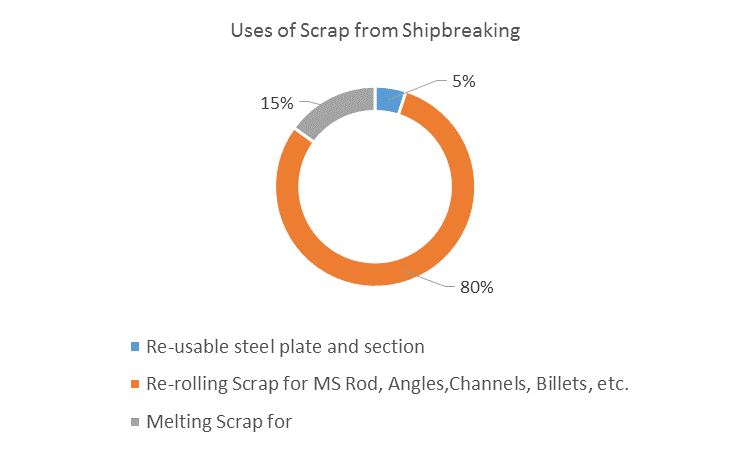 Shipbreaking industry plays an important role in the economy of Bangladesh by supporting steel industry, shipbuilding industry and other heavy and light engineering industries, and also by generating employment. But problems regarding safety, health and environmental issues create a negative image for the industry. About 90% of ship breaking in the world is done in India, Bangladesh, Pakistan and China.
A short SWOT analysis explains the industry features of this particular sector in Bangladesh.

Bangladesh, by dismantling 210 ships, became the third largest ship breaking nation in the world in 2013. Ship breaking yard owners claim they provide nearly 60% to 70% of the country’s total steel demand.  There is a growing demand for iron and steel due to the boom due to the construction sector in the country. With the boom in the construction sector in the country, there is a growing demand for iron and steel. The steel from the dismantled ships is also used by the country’s ship-building industry.
The ship breaking sector however suffered in 2009 due to impact of global recession, imposition of new rules and regulations, environmentalists’ movement and decreasing demand of the ship-building and construction sector. After framing of the Ship Breaking and Ship Recycling Rules 2011, there have been some positive changes in ship breaking industry in Bangladesh. Another regulation that came into action is the ‘European Regulation on Ship Recycling’ at the end of 2013.
One of the key issues of both regulations, which directly affect the ship recycling industry, is the authorization of ship recycling facilities. Many ship recycling yards which are not up to the mark may be eliminated because of restricted authorization of ship recycling facilities.
Despite the regulations imposed, the ship-breaking sector remains vital for the economy as it supplies the much-needed steel and iron to the domestic market. As the country doesn’t have any iron mine resources, ship-breaking is essential to boost the economy. Bangladesh is the only country, where every part of the ship is sold at a doubled rate compared to other countries like India. The country’s unique geography is a reason why ageing ships are taken to its beaches. The unique tide pattern makes it easy to ground the ships during high tides. 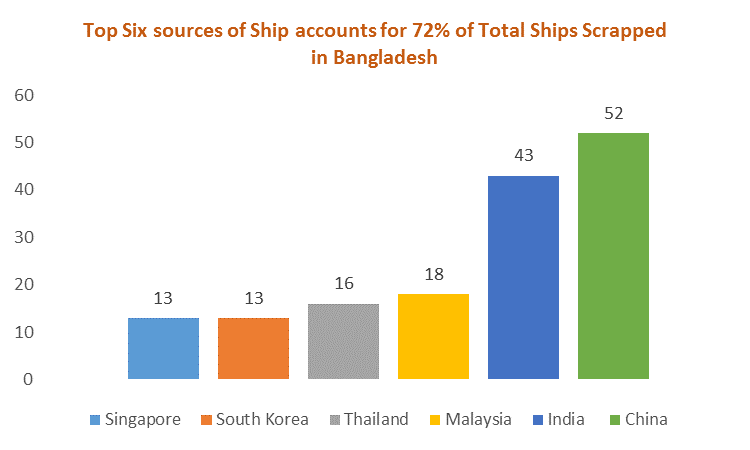 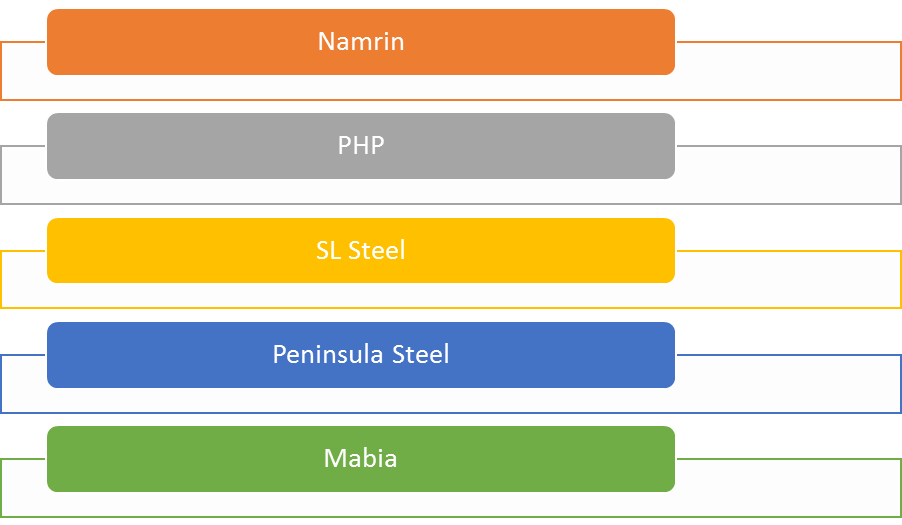 Currently, Namrin is the biggest competitor with a market share of 20%. (Source: MGI data).
Future Prospects:
In recent times, the ship breaking is one of the fast growing export sectors of the country and is one of the driving force of economy in terms of GDP contribution and employment.  In this dynamic world where everyone is trying to reduce cost, cheap labor and resources, accessible location and suitable condition is very important which makes the country’s ship breaking sector very attractive. In addition, government is starting to realize the potential of this sector and increasing its support for this sector. According to Economic Times, due to the rising shipping capabilities with a slow economic activities in recent times, it is can be deduce that ship breaking activities will increase in the coming years. Looking at the global demand in the current years, it can be seen that with the large number of single-hulled oil tankers around the globe scheduled to be scrapped by 2026, ship-breaking yards in Bangladesh are likely to be busy in the coming years.