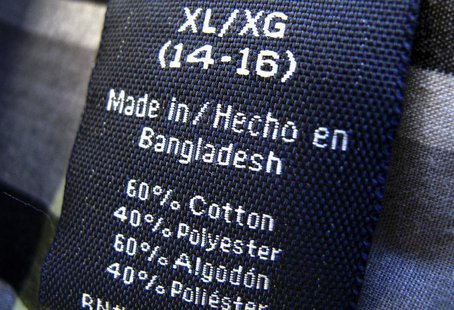 Bangladesh’s RMG sector has a bright future as close competitors like China are moving up the value chain, leaving value apparel manufacturing to more cost effective players. Mckinsey, a leading consulting firm, in their recent report on Bangladesh’s RMG sector, has testified to RMG sector’s growth potential as well. According to the report, RMG export is set to grow to USD 36 billion by 2020.
The Growth Story of the RMG Sector
The export oriented readymade garments (RMG) sector in Bangladesh started its modest journey as a small non-traditional sector of export in late 1970s. Within three decades, RMG has transformed itself as the country’s highest revenue generating sector, contributing 81% (USD 24.49 billion FY 13-14) of country’s total export.
Bangladesh is currently the largest RMG exporter behind China and India having the potential for growing in the coming years. With GSP facility in EU and duty free access to Canada and Japan, Bangladesh is benefiting from competitive cost advantages which have translated into higher export revenue. 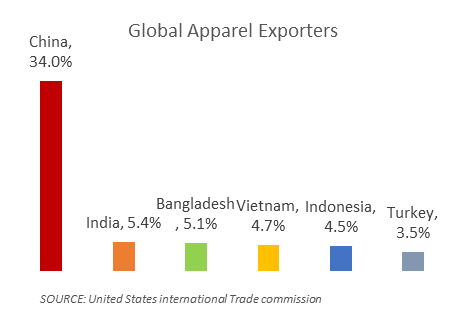 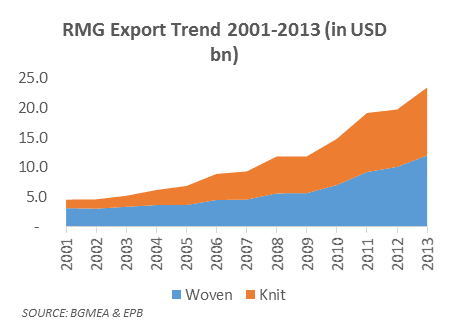 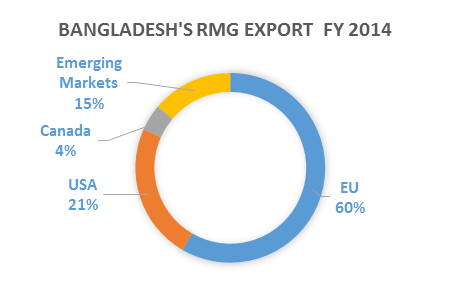 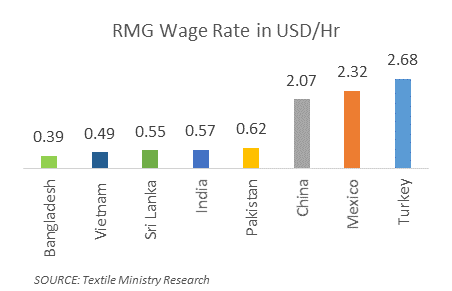 Way Forward for Further Growth with Renewed Compliance
RMG sector has undergone upheaval in 2013 mainly due to a series of industrial accidents which brought international attention towards factory compliance issues. Amid pressure from international retailers, Bangladeshi factories have undergone structural changes for adhering to strict compliance norms. Meanwhile, political unrest in the latter half of 2013 had a crippling effect on the sector.
Despite the double whammy, RMG export has managed to register growth (c.10%), both in the last quarter of 2013 and first half of 2014. This indicates the resilience of the sector and buyer’s continued trust in Bangladesh as an RMG export destination.
Bangladesh has recently signed the TICFA agreement with US and talks are underway to revive GSP facilities. The new GSP deal may also include tariff and quota free access of Bangladeshi apparel, which was missing in the previous GSP agreement.