The Next Frontier for Fin Techs in Bangladesh

The Next Frontier for Fin Techs in Bangladesh – Part 1

As a Bangladeshi, often times it is impossible to not be exposed to the world of Mobile Financial Services (MFS). From making fund transfers to completing online and off-line transactions, Fin Tech has significantly improved the lifestyle of our population. While MFS has made significant in-roads in our day to day lives, it is certainly the tip of the ice berg while considering the gamut of solutions that Fin Tech is offering globally.

Before delving further into the issue, it is important to shed light on the definition of Fin Tech, which is a line of business based

on using technology for providing financial services. A Fin Tech’s business model can only be considered viable, if services provided are superior to existing solutions, while costing less than the incumbent’s existing cost structure. Fin Tech potentially needs to have the disruptive element for re-aligning the status quo, while remaining within the existing legal structure.

Fin Tech can broadly be segregated into four segment – Asset Management, Banking Technology, Crowd Sourcing and Crypto Currency. While many startups are offering tech based financial services products and services in US and EU; for a tightly regulated country like Bangladesh, service offerings are largely limited. With the recent hacking incident involving stolen funds from Bangladesh Bank, policy makers are unlikely to become more liberal in the near future.

Fin Tech Across the Globe

Fin Tech is growing at a phenomenal pace, driven by growing demand in an industry ripe for disruption. Traditionally, the financial services industry had been dominated by different financial institutions, with nebulous cost structures and opaque rules and regulations. Higher costs and lack of knowledge have been contributing to a large population remaining outside the purview of banking services.

With rising internet penetration, Fin Tech has become a viable avenue for providing services to the digital consumer class, not only in developed countries, but also in different developing countries as well. 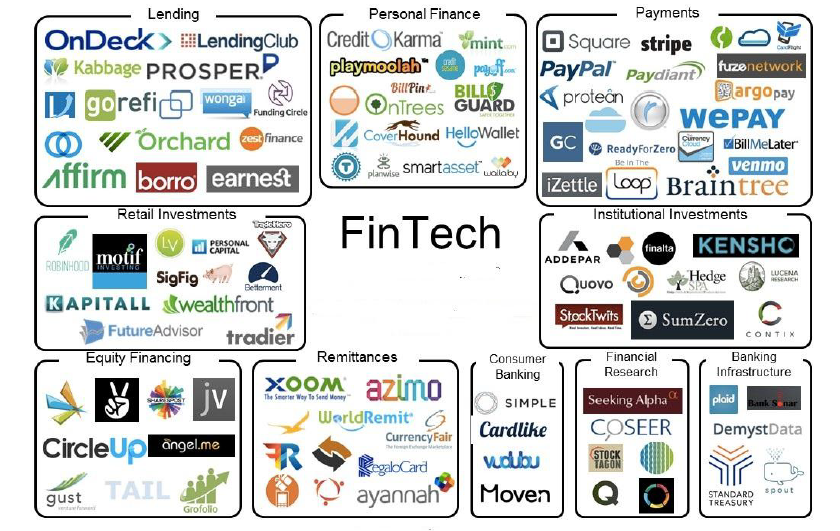 Fin Tech is Growing in Asia

In China and India, a number of Fin Tech ventures have made a name for themselves by breaking into the threshold of Unicorns. Given the growing number of people entering the middle income threshold, scope of growth for these burgeoning Fin Techs will further amplify. Bangladesh also has a number of emerging Fin Tech initiatives, but the growth is mainly confined in the category of MFS.  Some major Fin Tech firms in China, India and Bangladesh are illustrated below: 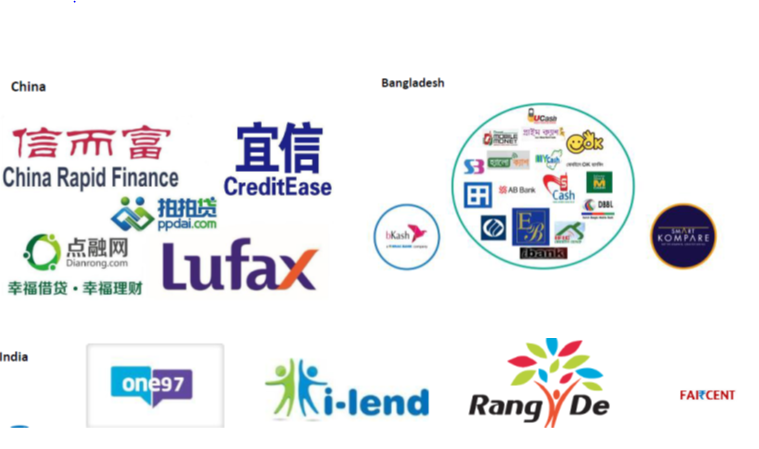 , Fin Tech is receiving a lot of attention from prominent VCs and investment

firms. Alongside, larger corporates are joining the bandwagon by making strategic investments in the segment.

Among different Fin Tech technologies, ‘block chain’ backed bitcoins are the most exciting, potentially opening up an alternate transaction channel eschewing the formal banking system. The ‘block chain’ technology makes hacking difficult, which results in more secured transactions. Bitcoin technology has been facing a number of recent controversies, starting from fluctuating value against the US dollar to regulatory bottle-necks.

Despite facing a number of persistent challenges, Fin Tech has the potential for disrupting the financial services industry by re-defining finance as we know it today.

The second part of the write-up will focus on the potential of Fin Tech in Bangladesh.