Soybean oil is the preferred cooking medium in Bangladesh with per capita oil consumption standing at 9.2 Kg per annum. According to MGI’s internal research, per capita consumption is highest in EU (61 Kg), while Bangladesh’s consumption per capita (9.9 Kg) is much lower than global average (25.2 Kg). 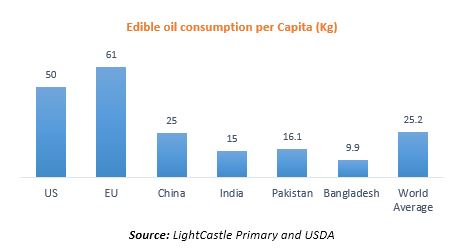 Demand for edible oil is set to increase in the coming decade with demand from developing countries set to surpass that of developed ones. Particular mention has been made about the economies of China, India, and Bangladesh, where edible oil is a basic commodity with growing demand. 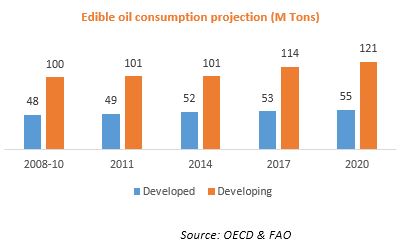 According to recent FAO report, global oil seed production is expected to grow by c.23% by 2020 with US remaining as the main producer, followed by Brazil, China, Argentina, India etc. Total production is expected to be within 505 million metric ton (M MT). Global vegetable oil production is set to reach 186 M MT within 2020 with output growth of c.30%. Malaysia and Indonesia will jointly constitute 45% of raw material sourced, while majority of the rest will be catered by China, Argentina and Brazil.

Bangladesh mostly imports raw materials from Indonesia, Malaysia and from Brazil. A look into import level indicates a fall in 2008, followed by increasing import in the following years. 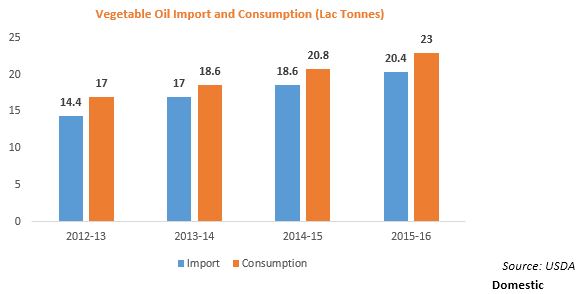 The demand for edible oil in the domestic market is influenced by several factors. Edible oil like soybean is a crucial part of the local cuisine, over that, change in the income band, rural to urban migration, awareness towards health conscious lifestyle, and socio economic conditions also play vital role in shaping the demand for the edible oil. As per industry estimates, there are at present 86 registered edible oil refineries with an annual refining capacity of 3.5MT, with the market being dominated by top 9 major players which cumulatively account for 75% of the refining capacity which is 2.6 MT. The major players operate at an average capacity utilization of 50% with larger participants operating at a capacity of 65-70%. 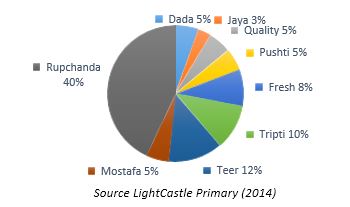 Palm oil is the dominating edible oil market since 2003. In 2012, palm oil occupied about 64 per cent market share among the three major edible oils. Palm oil is imported both in crude and refined forms. Crude palm oil (CPO) and crude palm olein (CPL) are refined in local refineries for marketing the refined products. The imported refined palm oil and refined palm olein are used by vanaspati manufacturers and food processing industries. Its import and consumption quantity has now exceeded one million tons, which is likely to grow further to 1.5 million tons in near future. 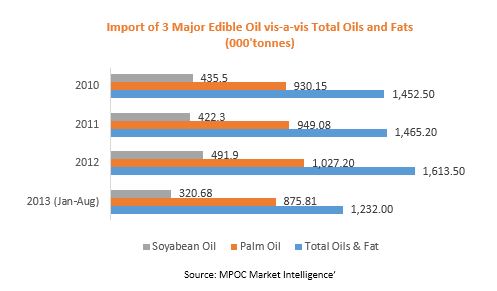