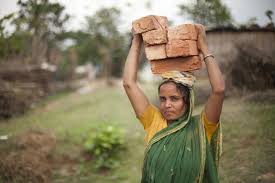 Bangladesh Bureau of Statistics (BBS) has published the latest labor survey, “Quarterly Labor Force Survey Bangladesh 2015-16”. The objective of this report was to accumulate data on the labor force of Bangladesh (Aged 15 and above) and the employment trends. BBS has segregated their labor force data in 13 components. These are general population, labor force participation rate, employment level, informal employment, unemployment, youth employment and unemployment, earnings from employment, actual hours worked per week and excessive work, time related underemployment, quality and stability of employment and social security coverage, safety of work. Respondents had been asked basic demographic questions, as well as questions on employment status. This survey has been based on a sample of 30,816 households spanning across 64 districts of Bangladesh.

According to the survey, Bangladesh’s current employed population is 60 million from total 62.5 million working population. Although the unemployment figure is on the lower side, the figure does not take into account the large scale underemployment prevailing in the economy, especially in the agriculture sector.

If we compare the gender scenario with 2013 study, the unemployment rate among women was 7.3%, which has since decreased to 6.4% in 2015 study, showing upliftment in economic opportunities for women. Overall, country’s employment vulnerability scenario has improved slightly making the employment vulnerability rate 57.7% from 58.8%. It means less of working population is at risk of losing jobs. So, country’s overall working condition is showing a positive change.

Employment in the own account worker category has been increasing over time. From the pie-chart above, we can see that employers have grown to 2.7% of the population, compared to 0.9% in 2013. Own account workers have also increased to 43.2% from 40.6% over the last three years. This shows that people are gradually shifting towards self-employment over time, which is partially due to lack of employment opportunities.

Last scale graduate unemployment can possibility indicate towards general absence of marketable skills among graduates. Investors can also benefit from availability of inexpensive skilled human resource, due to existing lack of employment opportunities.

For fostering job creation, government has to facilitate investments in secondary sector, which would enable higher employment generation. Alongside, fresh graduates should be encouraged to become freelancers or setup their own ventures. Education has to be aligned with industry requirements, with particular emphasis on English language and technical knowledge.

The latest labor survey portrays a transitionary phase in our economy, where employment in the service sector is growing at the expense of the agriculture sector. However, to fully benefit from the so called demographic dividend, the government needs to help create local and international investment opportunities in the secondary sector, which can subsequently absorb both semi-skilled and un-skilled labor.

Ishtiaq Rahman is a Junior Associate at LightCastle Partners. For further queries and clarifications, please reach out here: [email protected]