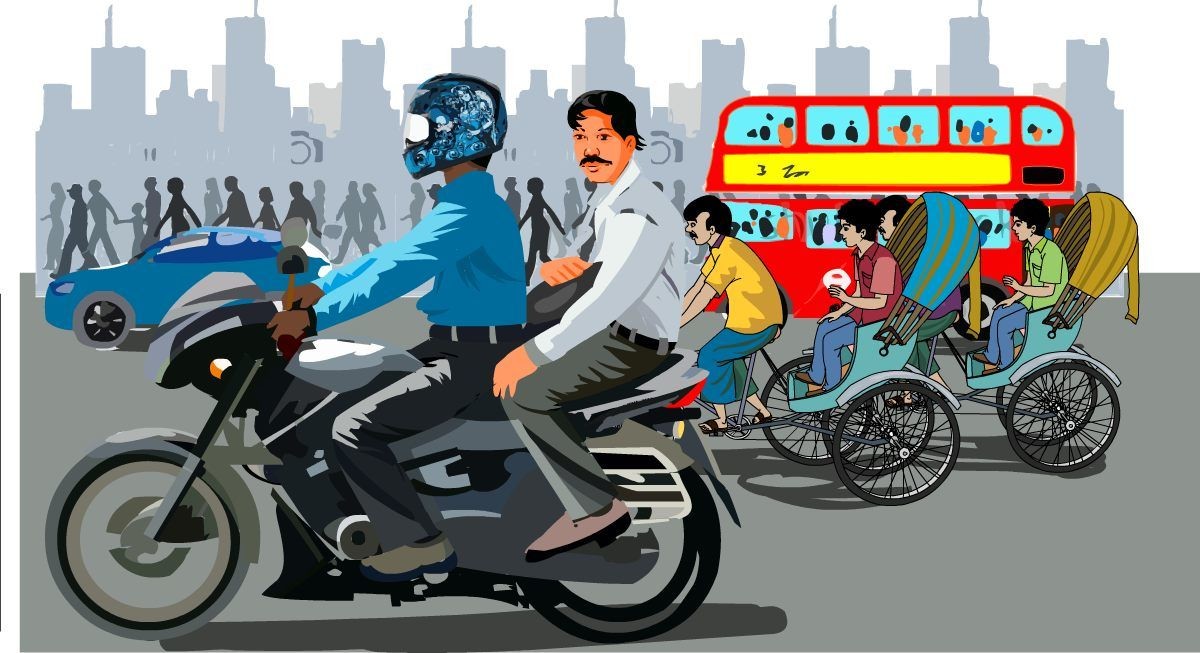 Have you ever imagined, a three year old Bangladeshi startup, would be valued north of USD 100 M? With the pre-series B investment of close to USD 10 M coming from Go Jek, the Indonesia based ride sharing and logistics behemoth, Pathao is well placed to consolidate its hold over a wide range of service suite- ride sharing, food delivery and logistics. The company has concrete plans for entering the digital wallet market space soon, leveraging its core network of freelance motorcyclists.

As we analyze Pathao’s spectacular success, one wonders whether this is the start of a new era for the Bangladeshi tech ecosystem, or a false dawn. A number of internal and external factors have been contributing to the company’s growth, enabling Pathao to break through the clutter, leapfrogging ahead of its competitors.

In 2016, Bangladesh’s nascent ride sharing market received a major boost with Uber’s entry. As the city dwellers experienced the novelty of ride sharing goaded with hefty discounts, the habit quickly took hold. Pathao, initially starting off as an e-commerce logistics company, quickly sensed the unfolding opportunity and leaped into ride sharing. The pivot was timely and brilliant. This started a dream run, which continues to this day.

Motor cycle based ride sharing is a natural fit for a chaotic city like Dhaka. A city of 18 M teeming with traffic, is a recipe for disaster, especially due to inadequate roads, congested housing and dysfunctional public transport system. Motorcycle ride sharing is God sent for many, as office crowd and students have long been looking for an easy and cost effective transport solution. Ride sharing saves significant time on the road, as riders could comfortably wade through the lingering traffic. The ride sharing fares are also conducive to the wallets of the middle and lower middle class, with ride sharing bills comparable to rickshaw fare. The ease of finding the ride and transparent cost structure have contributed to convenience for users.

Although Pathao started off with a fleet of owned motorcycles, due to spiraling demand, the platform had to be opened to freelance riders, augmented by attractive bonuses for completing certain number of rides each week. Riders started earning healthy amount daily (BDT 1,000-1,500), which resulted in positive word of mouth and growing influx of new riders. Large number of unemployed youths and many blue collared workers had taken the dip by enlisting as full time riders, while others had day jobs and worked on the side for additional income. Declining motorcycle prices also reduced barriers for potential riders planning on entering the ride sharing platform.

Pathao has successfully consolidated its lead by investing heavily in expanding its rider base, while offering regular discounts to consumers. As the number of riders became plentiful, consumers increasingly gravitated towards the platform due to ease of finding motorbikes nearby. Funding from early investors like Sky catcher, Osiris Group and Battery Road Digital Holding and prudent advice and guidance proved decisive in helping Pathao take the lead by attracting both riders and passengers. The company quickly entered the car ride sharing segment, putting up stiff competition against Uber.

Go Jek’s strategy of making key investments across the region is part of building bulwarks against the entrenched player, Uber. As part of the app ecosystem strategy, Go Jek aims to offer services like ride sharing, food delivery, logistics and digital wallet etc. Pathao is moving along with a similar vision, with concrete plan to move beyond ride sharing, logistics and food delivery.

The ecosystem based strategy may prove effective as the platform already has a significant number of users. Cross-selling opportunities may encourage Pathao to introduce more services, while in the process, firming up margin due to lower average customer acquisition costs.

Pathao has a major battle ahead with Uber. The latter has already expanded to motorcycle sharing and are reportedly exploring opportunities for entering food delivery. Pathao management has clear ambition for operating in neighboring markets, and must inculcate the spirit of service excellence in retaining clients and for making the case for international expansion. But first, expansion of services across all major and medium sized cities should be the order of the day.