Why Businesses need to adopt an inclusive Business Approach 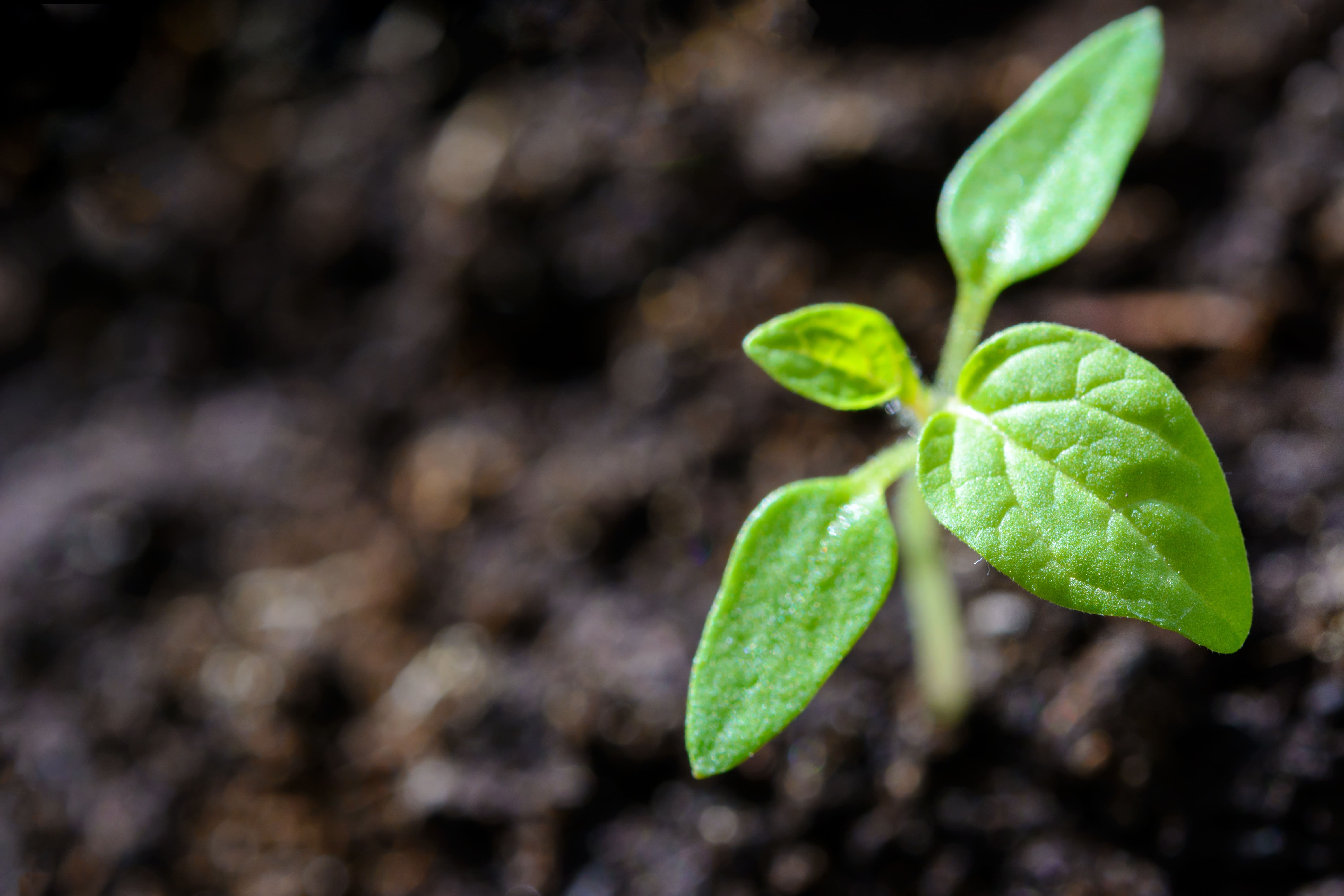 Why Businesses need to adopt an inclusive Business Approach?

Our private sector has played an outsized role in driving the economy and has been contributing to export, employment generation and production of goods and services. In general, businesses tend to focus more on maximizing shareholders’ value by focusing on the middle and affluent population, who have higher disposable income. However, with declining absolute poverty rate across the country, a new aspirant class has emerged with rapidly rising economic fortune, on the verge of joining the lower tier of middle class population. Upwardly mobile lower middle income class have growing income and higher propensity to spend. Amidst this changing socio-economic transformation, strategist and entrepreneurs need to pivot their strategies towards this new fountain of growth. Companies need not only think of low income population as consumers, but can turn them into capable employees, suppliers and service providers.  Focusing on the low income population not only makes plausible economic sense, but can position the company as a responsible corporate citizen. Before delving further, its imperative to deliberate on the definition of inclusive business.

What are Inclusive Businesses?

A commercially viable model that benefits low-income communities by including them in a company’s value chain on the demand side as clients and consumers, and/or on the supplier side as producers, entrepreneurs or employees in a sustainable way. While economically supporting low income population can be a cornerstone for an inclusive business’s strategy, profit making for sustainability is equally important. Broad differentiation of inclusive businesses with similar initiatives have been presented below:

The term ‘Bottom of the Pyramid’ was first coined by C.K Prahlad, an IIM and Harvard educated academician, who co-authored the ground breaking book ‘The Fortune at the Bottom of the Pyramid: Eradicating Poverty through profit’. The book took the US management industry by storm as companies started adopting their BOP strategy. While many companies found immediate success, others struggled in adopting to the cost conscious but quality seeking market segments. Wading through this market entailed adopting to an innovation driven mind-set. More on this later. 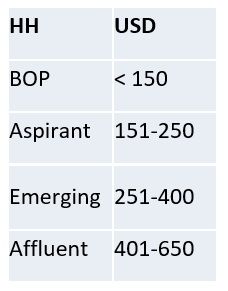 Operating at the BOP segment can provide unique opportunities for companies to exercise innovative strategies. According to the book- ‘Frugal Innovation: How to do more with less’- having a frugal innovation strategy is key to sustaining in the low income segment. Since BOP population is demanding in terms of quality, while having limited disposable income, it’s key to optimize resources for keeping the products/services affordable and value adding for the target customers. The strategy should either entail a product or process based innovation, which can be either revolutionary or evolutionary in nature. The ultimate aim being to help minimize cost, while keeping the value proposition and quality intact. For example, GE invented the portable ultrasound equipment for helping monitor progress of pregnant women in hard to reach rural areas. Since traveling is a major impediment for pregnant women, GE’s ultrasound equipment has been kept light for better portability and can run on DC power source. GE has since used lessons from manufacturing this product for their mainstream product range.

A new entrant planning on entering the market can also look into the low income segment as an entry point, slowly making inroads into the mainstream market. Low income segment normally tend to be underserved or ignored by the large incumbents, which can be capitalized by the new entrant. This was stated by Clayton Christenson, a management guru and Harvard Business School professor, in his book- Innovator’s Dilemma’. According to Clay, potentially disruptive companies often start at the bottom of the market, catering to cost conscious segment with affordable but inferior quality products. As time goes and the entrant gains expertise and incorporates disruptive technologies or innovative solutions, the new player tends to oust the incumbents from the apex of the market. 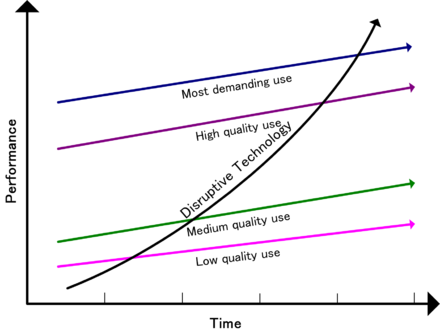 This example beautifully explains the concept of disruptive innovation. In the US market in the 1990s, Blockbuster used to rule the roost for DVD rental as they had an extensive network of franchise stores. Although their wide network provided them with competitive strength, these stores were expensive to manage. Netflix, the upstart, initially started off as a postal based DVD rental company, due to their inability to invest in physical stores. They targeted cost conscious market segment, who lived far away from Blockbuster stores and/or preferred to wait for their DVDs to arrive home. Netflix in turn passed on the cost saved from not having physical stores, to customers in terms of lower subscription charges. Within a decade, Netflix successfully superseded Blockbuster by moving into content streaming, neutralizing the benefits of having extensive number of stores. Likewise, companies planning on entering a market can look into the BOP market as a testing bed for trying out innovative strategies, which would eventually help them scale to the higher income segments.

With growing economic prosperity, Bangladesh would eventually graduate to a middle-income status, which would result in a slump in traditional development funding. However, since a large number of people would still remain in the BOP segment, development agencies and private sector organizations catering to the needs of low income population would receive more precedence. Private sector development (PSD) initiatives would help companies integrate low income population into the economic mainstream. A number of challenge funds and funding initiatives have been launched from development sector for fostering an inclusive business approach in mainstream private sector organizations.

In the recent past, Foundations and different impact funds have started investing in Bangladeshi mission driven inclusive businesses. Bill and Melinda Gates Foundation’s investment in Bkash is a key example, where the foundation made significant returns from their initial investment. Other impact investors like Omidyar Network, Rockefeller Foundation and Acumen Fund have been showing interest in Bangladeshi impact organizations.

Inclusive business approach not only looks to engage low income population as consumers, but also as suppliers and employees. This approach clearly can create sustainable impact on the lives of BOP population by treating them with respect as economic agents, rather than an object of pity.