In quest of a logistics sector unicorn in Bangladesh 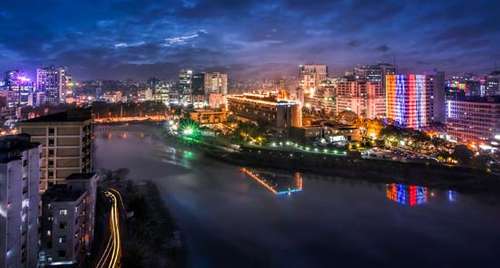 The exemplary success of startup scene in Bangladesh, on the back of heavyweights such as Daraz, Pathao, Sheba.xyz and Shohoz, is something no one had anticipated a decade ago except a few visionary entrepreneurs who saw the untapped opportunities in a country of 160 million. All on a sudden, there’s a palpable interest among international and local investors about opportune investment avenues in Bangladesh and in a very short period of time we’ve proven how we offer opportunities unparalleled by any one in Asia.

Density dividend has proven to be a blessing in disguise as due to higher population concentration and strong cultural commonality throughout, the cost of marketing a product or service is significantly lower in Bangladesh compared to our neighbours. According to Boston Consulting Group (BCG), Bangladesh is forecasted to have 40 million middle and affluent class (MAC) population by the year 2025 and the number of MAC-inhabited cities is predicted to increase from just ten (2015) to thirty-three in just a decade. This MAC population will have higher disposable income and an elevated lifestyle, driving demand for new business and opportunities. Despite Bangladesh dropping one spot to 177th in the World Bank’s 2018 ‘Ease of Doing Business’ ranking, there’s perceptible movement on the ground as even local conglomerates are looking to the future of Bangladesh and investing in ventures they believe will be the next billion dollar company. So the question in everyone’s mind is, what is the next unicorn of startups in Bangladesh? Unlike the one horned mythical creature, the growth of a unicorn business i.e. a billion dollar valuation startup, is not improbable in Bangladesh.

In Bangladesh, businesses focusing mainly on e-commerce, ride sharing, food delivery and home services have fared well due to an increase in demand among consumers but this has so far been mostly concentrated to the top metro cities, primarily Dhaka. What e-commerce businesses see in the future is the blue ocean of consumers residing outside of Dhaka and undoubtedly there’s one major factor that’ll determine the success of their growth strategies — logistics; and that is where lie the next big opportunity in Bangladesh.

The e-commerce industry is set to almost quadruple in size by the year 2023 at a CAGR of around 37 per cent according to a study by LightCastle Partners. The e-commerce journey of Bangladesh fully set into gear in 2008 and during 2012-13, e-commerce and f-commerce (Facebook commerce) ventures mushroomed throughout the major cities. At present, 500 e-commerce and 2000 f-commerce companies are registered under E-Commerce Association of Bangladesh (E-CAB) and the year-on-year growth for 2016-17 stood at 72 per cent (Source: E-CAB).

According to E-CAB, both Walmart and Amazon are testing the waters before starting their operations in Bangladesh and recently Alibaba acquired the whole South East Asian operation of Daraz at an estimated valuation of around USD 150 to 200 million. The e-commerce industry is set to grow exponentially from its current estimated size of USD 70.87 million to USD 344 million by 2023. The number of orders in a year is also predicted to increase from 9.6 million to around 34 million in five years time, (LightCastle research) driven by a growing MAC consumer base outside of Dhaka, stronger distribution network and large e-commerce companies providing affordable value to its consumer base. The e-commerce logistics industry is also poised to benefit from this growth if investment flows into the industry resulting in the expansion of capacity.

Given the large consumer base, what’s alarming is that there are only a few e-commerce-focused logistics companies with limited capacity that are currently operating in Bangladesh. A few major players like Paperfly, Biddyut, E-Courier and Pathao cater to almost 90 per cent of the nationwide e-commerce delivery market and all operate in some form of b2b or b2c model. Some e-commerce companies have their own captive logistics arm and operate on a combined partnership approach with logistics service providers. Presently, Bangladeshi e-commerce ventures typically follow two types of operation model. One is the inventory-led-model in which the company buys product from merchants and sell them to customers and the warehousing is managed by the company and the second model is the market-place or zero-inventory model in which the e-commerce company acts as a ‘go-between’ linking sellers to customers (e.g. Daraz, Bikroy). In the latter scenario, the warehousing and other logistic services are procured from third party logistics service providers as investing in any of these resources would be capex-heavy for the e-commerce companies. Hence, there is a strong demand among these e-commerce players for competent logistics providers.

Typically, the Bangladesh e-commerce logistics value chain can be divided into the first mile, second mile and third mile delivery. The first mile is deliveries carried out within Dhaka and the second mile is the most underdeveloped segment of the value chain focusing on delivery between Dhaka and other districts. Most e-commerce logistics companies rely on the third-party logistics providers such as Sundarban Courier Service, S.A. Paribahan and Continental among other firms to deliver inter-district packages. The third mile delivery is similar to the first mile but it is primarily concerned with delivery within the destination district after the second mile has been completed. Most e-commerce logistics service provider operate on a franchise model in different districts and given the high capex requirement, only a few are currently investing in their own fleet.

The e-commerce logistics industry is currently constrained by several impediments, mainly due to inadequate investment in fleet and manpower. Typically, large second mile logistics providers such as Sundarban and S.A. Paribahan deliver 90 to 100 thousand packages per day and herein lies strong opportunities for e-commerce logistics providers to create value. Traditional logistics providers are just starting to ride the wave of e-commerce growth but are unable to augment their services to meet e-commerce-based needs. A fully functional e-commerce logistics service provider should be capable of providing value-added or fulfilment services such as packaging, warehousing, pickup, security, online tracking and database management for their e-commerce partners and only a few logistics providers who have seen the future of the industry are investing in building their foundation on these vertices. It is a highly capex-heavy industry with companies of valuations close BDT 1,000 to 1,500 million, seeking funding from investors locally and internationally in order to support the fast-growing e-commerce delivery market.

Not only e-commerce, other brick and mortar businesses also foresee the need for competent logistics partner as cities become more connected with increased government investment in infrastructure and wider penetration of internet connectivity. Most retail businesses are also starting to invest in their own e-retail wing, to operate in a brick-mortar-online business model to capture online consumers. The Bangladesh Post Office also sees the potential for the industry and is set to start e-commerce delivery through its 8,500 nationwide post offices very soon. Two years ago, E-CAB struck a deal with the Bangladesh Post Office and trained around 100 post offices on e-commerce delivery with support from major players like Bagdoom, Priyoshop, Ajkerdeal and Daraz. The logistics industry is in an immediate need of capital injection and development of manpower if other industries that are growing around it are to survive in the coming decade. Without proper infrastructure and capable logistics service providers in place, most internet based businesses will find it difficult to grow, regardless of strong macroeconomic indicators. Hence, the tracks are set and lined with lucrative initiatives and the ones backing the right horse, or unicorn so to say, stand to gain the most in the race to being the largest e-commerce logistics service provider in the country.