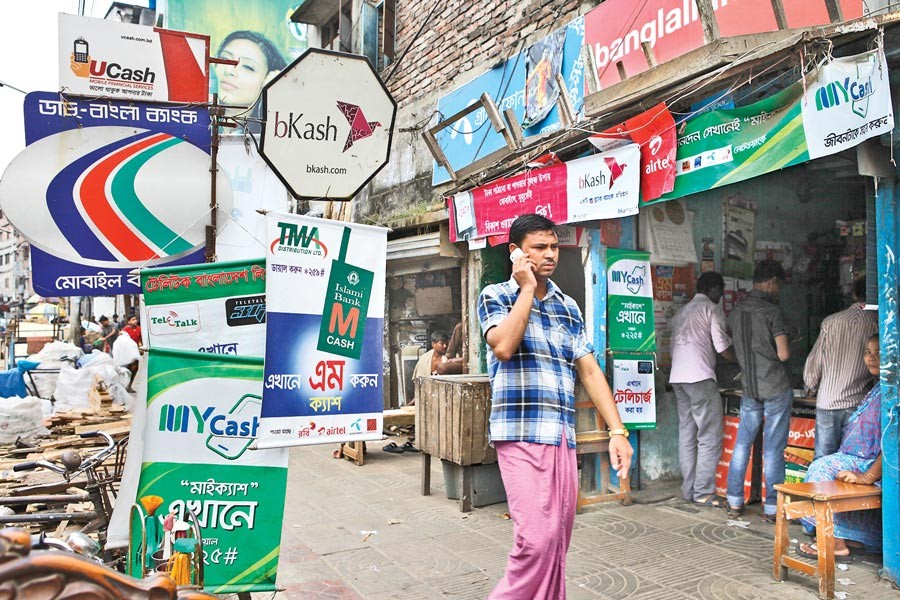 As of 2018, Bangladesh has a lot to be proud of. We have entered the lower rungs of middle income nation as per World Bank, have maintained a gross domestic product (GDP) growth rate that is second in the region, with a GDP of $250 billion+ it is the 34th largest economy and we have an impressive 80 per cent mobile telecom penetration. “Digital Bangladesh” is being pushed as a strong economic pillar by the government with both local and foreign capital flowing into the sector. However, the story of digital financial services which started back in 2009 when Bangladesh Bank gave a directive to enable online utility bill payments is yet to gain the momentum it deserves.

Bangladesh is currently experiencing a technological “leapfrog” matched by a growing middle income tech-adaptable young consumers. Estimated at 12 million the middle class population is expected to triple by 2025. Moreover, the growth will not be limited to major cities but will come from all over Bangladesh – totalling 33 cities under radar. While all the fundamentals point towards strong usage of digital services by the consumers and mobile financial services rising by 25 per cent in 2018 YOY (source: Central Bank), Bangladesh does face potential bottlenecks to financial inclusion slowing down the prospective growth.

On the positive side, the percentage of Bangladeshis with formal financial services accounts almost doubled from 20 per cent to 37 per cent between 2013 and 2017. Financial inclusion among the rural poor grew faster than among the population as a whole – and stood at 34 per cent in 2017 compared to 30 per cent in 2016.

Interestingly, the growth in formal financial services accounts in the last year mainly reflects the increase in the number of adults who are mobile money account holders (18 per cent in 2017 versus 13 per cent in 2016). However, over-the-counter (OTC) users (27 per cent of adults) far outnumber registered users, preventing users from taking advantage of advanced features, such as electronic bill payments. Beyond sending and receiving money, however, engaging adults in more advanced mobile money activities remains a challenge.

For mobile financial services (MFS), especially the success case of bKash was largely dependent on fund transfer and remittance with focus on rural and peri-urban consumers. Only recently during the first quarter of 2018 (and with investment capital coming in from Ant Financials/Ali-Pay) they released their smartphone app (currently with 1 million+ android downloads) which goes more towards digital wallet integration. In terms of financial inclusion, the strategy and the penetration saw a phenomenal success.

Conversely, as of now MFS is moving into urban markets in the form of digital wallets – the exercise is proving a lot tougher. The urban and affluent consumers are mostly smartphone users and have understanding of how digital wallets work. However, with their understanding comes a set of valid concerns as well which currently inhibits growth.

There are additional benefits of targeting institutional conversion like having access to a ready captive audience (RMG alone employs over 4.0 million individuals – 80 per cent females in 4000+ factories), financial inclusion (57 per cent of the adult population do not have a bank account), incremental efficiency in financial management and bringing transparency and traceability in the system (ensuring proper and timely payments by the RMG businesses).

Additionally, microfinance institutions (MFIs) who have historically been potential drivers of digitisation, can play an important role. MFIs have had high transportation costs due to poor infrastructure and a high percentage of customers living in rural areas. To save transport cost and reduce staffing needs and cash risk, MFI services have pushed towards digitisation. This in turn increased access to information and the opportunity to scale more rapidly. This drive also encouraged customers to adapt to digitisation, realising the benefits of increased information, increased ease of use, and reduced risk. According to a recent study, the digitisation of microfinance could reduce travel and wait time for customers by as much as 75 per cent, translating into savings which could feed a family of five for a day. With more than 1000+ MFIs operating in Bangladesh (on varying scale) and 30 million+ subscribers, the sector can be a twin engine to drive digitisation along with RMG.

However, there are potential bottlenecks to the process ranging from stickiness to legacy systems (including existing payroll software), cost of change, fear-factor of moving onto a digital system and coming under the “regulator’s net”, absence of a digital ecosystem (like digital payments for everyday consumption) hindering consumer adoption, workforce management and capacity building.

Reality on the ground : To understand the status quo better we reached out to a couple of MFI players and two RMG manufacturers – we collected their viewpoints on the adoption of DFS.

* Currently works with BRAC Bank where majority of the employees receive free of charge bank accounts and have access to savings and credit products. Current ratio of workers receiving salary electronically via BRAC Bank is 70 per cent.

* DFS or MFS can be a future solution, however, benefits need to be better than the current system and it has to cost less.

* Currently it receives support from IPA – Innovation for Poverty Action.

* DFS has to be usable as a wallet not just money transfer.

* Majority of the payment is in cash over a period of time in tranches.

* Certain percentage of the workforce is floating which may bring down adoption rate for DFS.

* DFS is the future, however, currently difficult to implement and costly.

* Not sure of the implication DFS brings with regulators like NBR (National Board of Revenue).

* Digital ecosystem doesn’t exist, hence DFS might face challenges in uptake as a wallet other than remittance.

Viewpoints from the MFI branches (local interviewed with five MFI branches operating in Northern Bangladesh of different top MFIs in the market).

* Understands direct cash management has risks, however there are daily limits to cash out and remittance in MFS which can hamper adoption.

* Believes end customers of credit prefers cash as of now in absence of an ecosystem in remote places for cash-out, retailers not accepting MFS payments, still limited penetration of smartphones for digital wallets to work seamlessly.

* An MFI also operates on a weekly savings scheme, which unless there are wallet systems which can operate without merchants would be difficult.

* Acknowledge, the future would be in digitisation and DFS and would go forward in central management/head office. However, the suggested roll-out should be in tranches by region (urban to peri-urban to rural).

Way Forward: While retail DFS conversion has always been in focus – institutional adoption might be the missing piece of the puzzle to drive nationwide demonetisation and transaction digitisation. If costs come down, DFS would be able to provide the economy with better transparency, less friction, e-traceability of money flow and, above all, accurate economic data. We may not have all the answers to do that now, but as FinTech companies like bKash start taking a deeper look into this field, we might just see exponential DFS adoptions.