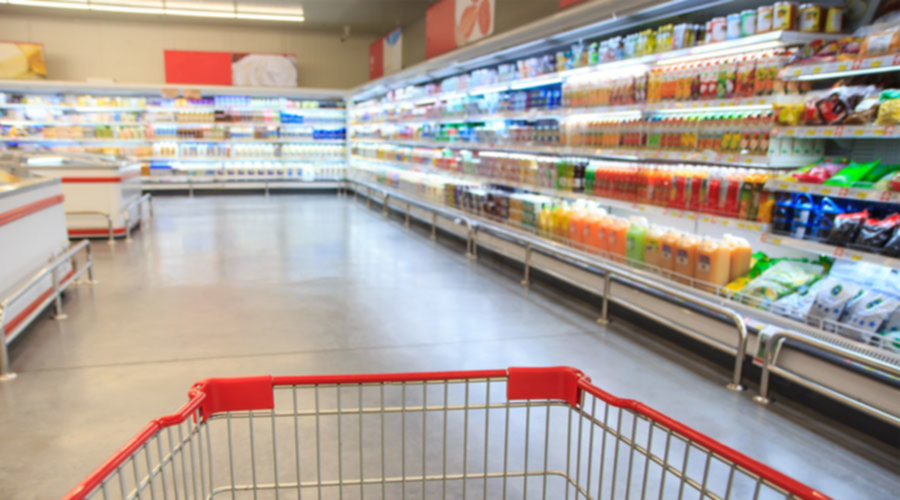 In an ocean of volatile industries, the FMCG industry represents an island of stability during times of economic uncertainty. Among the various industries that characterize the modern global economy, the Fast Moving Consumer Goods Industry is amongst the most resilient to economic shocks. Unlike other industries, the FMCG sector is not prone to mass layoffs or substantial dips in profit when the economy slows down. This is due to the nature of the goods themselves.

It is easier for people to cut back consumption on luxury products during recessions, however, this does not hold true for daily essentials like food, toiletries or medicine. In effect, buyers shift consumption to more economic-alternatives of the same product[8]. Consequently, the demand for these goods remains relatively stable. As the middle class grows in Bangladesh and incomes continue to rise, the FMCG industry will witness an increase in their customer base locally, thus reaping the rewards of social progress and upward economic mobility.

The global market size of the industry is expected to reach $1.54 trillion by 2025 with a CAGR of 5.4% (2018-2025)[5]. With rising incomes, a growing middle-class and increasing rural-to-urban migration, it seems realistic to propose that companies operating within this industry will see rewarding pay-offs.

Due to the nature of the FMCG industry—characterized by low margins and high sales volumes—the industry is most likely to benefit from increasing its customer base, which will lead to greater sales. In this respect, Bangladesh represents a goldmine. Consumption expenditure clocked in at 97% of national income as of 2015[1] and with domestic annual consumption standing at over $130 billion, the growth of the internal economy has been accelerating[7]. As the number of people belonging to the Middle and Affluent Class (MAC) is projected to increase from 12 million–or 7% of the total population–to 34 million by 2025[2], the strong growth of the FMCG sector will continue to sustain itself in the future.

Pillars of the Industry–Key Drivers and Trends

The rise and sustenance of the FMCG industry can be attributed to a few key drivers[1].

As job opportunities are typically concentrated in the few urban centers of the country, the cities experience huge swathes of rural immigration. Consequently, most of the spending on FMCG products originate from these urban centers. With 35.70%[1] of the nation’s population living in cities as of 2017, this number is only set to increase further and additionally bolster the industry in question. 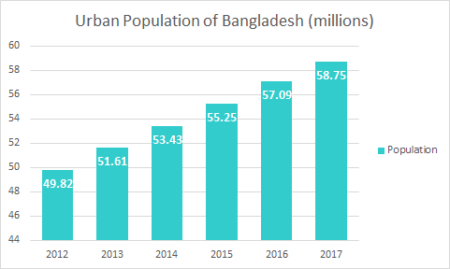 Rise of the Middle Class

Being beneficiaries of strong economic growth, Bangladesh is all set to attain Lower Middle Income Country status. According to the Boston Consulting Group, 2 million Bangladeshis are joining the ranks of the MAC every year[2]. By the year 2025, the number of people belonging to MAC is expected to nearly triple to 34 million from 12 million in 2017. As the process unfurls, the FMCG industry should be able to capitalize on the situation.

There are 8 EPZs in Bangladesh. Among the aims of these EPZs are the diversification of the country’s exports and the creation of employment. As Bangladesh’s exports have risen, so has the importance of EPZs. Consequently, EPZs have created many jobs for women, which helps in poverty reduction [11]. When incomes rise, one of the first categories of products to experience increasing demand are FMCG products. EPZs have played an important role in boosting the FMCG industry in Bangladesh.

FMCG products in Bangladesh mainly include livestock, fruits, vegetables and other staples of the Bengali lifestyle. Due to its climate and geographic positioning, Bangladesh represents a gold mine of raw materials for companies in the FMCG industry[1]. Cheap labor has additionally allowed the industry to grow further[1].

Key Areas within the Industry

“Fast Moving Consumer Goods” is an umbrella term that encompasses a wide array of industries. Within Bangladesh, the most commercially important of these industries include food & beverages, personal care, and household care[1]. 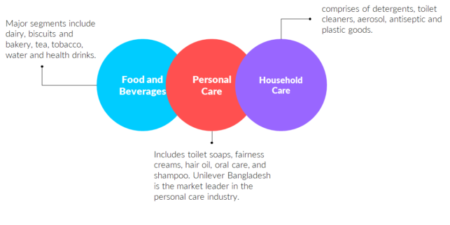 A Cursory Snapshot of FMCG Companies by Type in Bangladesh 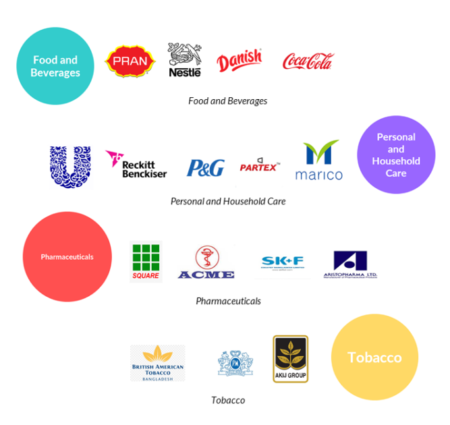 Digitization in a Tech-savvy Age—A Roadmap for the Future?

Bangladesh—like most developing countries—has a population that can be visually represented in the form of a right-side-up pyramid. The following figure represents the population of Bangladesh. 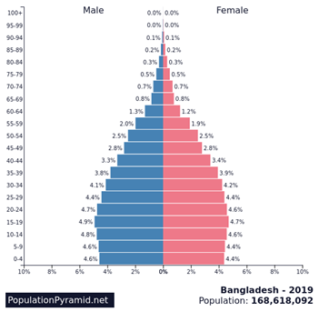 Characteristic of this category of population pyramids, the vast majority of people are below the age of 35. As of 2018, 43% of the total population is below the age of 25[6]. Young people characterize developing nations such as Bangladesh. A quintessential trait of this age demographic is tech-savviness[4]. As incomes and living standards have risen in the country, smartphone usage has skyrocketed. Smartphone adoption stood at 31% (45 million users) as of 2017 and is projected to rise to 75% (138 million users) by 2025[9]. To capitalize on the situation, consumer-centric digitization is slowly being introduced into the FMCG industry. Smartphone applications that cut the need to visit retailers offer a more personalized shopping experience, making it easier for players in the industry to connect themselves with their end consumers[4].

Chaldal (established in 2013) is a big player in the local e-commerce market. A major e-grocery store, it recently raised $5.5 million to develop nano-warehouse technology. Its rise to prominence represents the growing importance of e-commerce in Bangladesh. Not only does Chaldal save time, but it also offers lower prices than the local market in an effort to get more customers used to online shopping[10]. Following Chaldal, other e-grocers such as Khaasfood and Meena Click joined the list. E-retailers such as Daraz and Pickaboo allow consumers to purchase products as eclectic as mobile phones to clothing to perfumes, all from the comfort of home. In addition, the secular decrease in average traffic speed over the last 10 years has further encouraged and enticed more people to shop from home[6].

The ease of shopping from home in the backdrop of Dhaka City’s dismal traffic conditions can explain–to some extent–the explosive rise of F-commerce in recent years. With a humble, but ever-increasing, internet penetration rate, the importance of e-commerce and digitization will be a major factor in determining the pay-offs of operating in the FMCG industry[6].  As the MAC grows in size, this trend will be a key feature in determining the destiny of the FMCG industry in the years to come.

While e-commerce can be the next big thing for the FMCG industry for Bangladesh, the elephant in the room needs to be addressed: consumer trust. Even now, there is still a lot of distrust of e-commerce in the country. Frequent reports of mishandled payments, untimely delivery, lack of quality assurance have served to create a general attitude of caution towards online shopping.

If this is not addressed by the major players in e-commerce, growth of the FMCG could be crippled. Underlying the possible success of FMCG in e-commerce is a fundamental question about quality assurance and professionalism. Unless this is tackled, the success story may remain elusive.