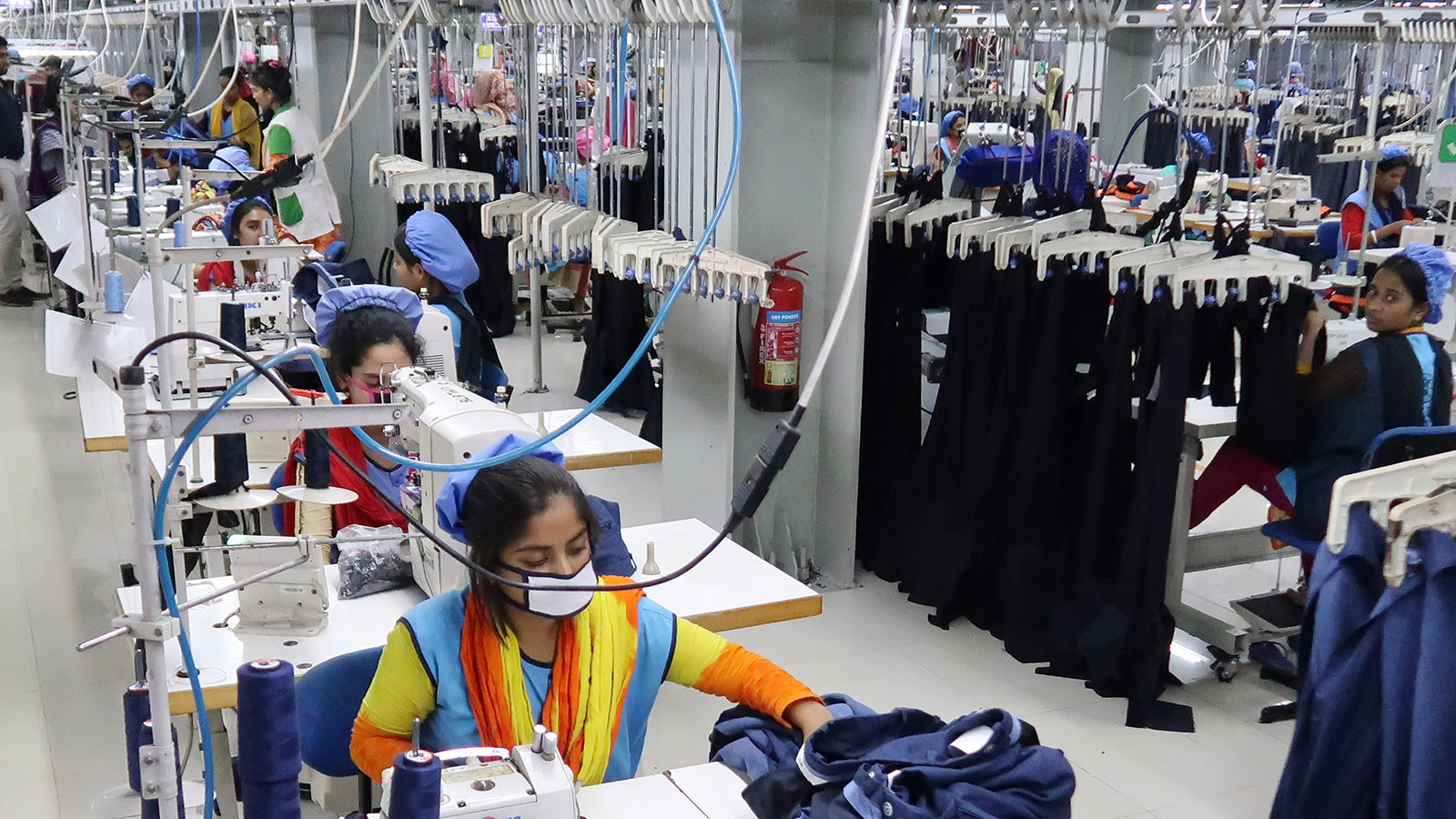 Coupled with artificial intelligence and the internet of things, automation has become a key necessity in the 4th industrial revolution, automating complex processes which were once only possible through humans. And as the tides change throughout the world with the new developments in technology and remaking of global supply chains due to the US China trade war, labor intensive industries like the apparel industry are likely to be hit the hardest by new developments.

The US China Trade War in particular has been shifting global supply chains and developing countries like Bangladesh have been rushing to capture newfound opportunities in trade once provided by Chinese markets. High growth has been specifically seen in the ready made garments (RMG) sector (with China as the leading global exporter). It’s estimated that if the trade war escalates, it will produce an additional $400 mn in exports for Bangladesh (ADB report). However, the countries that have double downed on the apparel sector, taking advantage of their cheap domestic labor, may have an uncertain future up ahead due to developments in automation which is making reshoring a viable option for production in the future.

For a long time now, the extensiveness of automation in the apparel industry has been limited by a critical process of production – sewing. During the process of sewing, it not uncommon for the fabric to stretch, warp, or fold due to its flexibility [ref id=2]. Until recently, the high speed processing and feedback required to complete this task were left to the ‘more skilled’ hands of people.

However, new developments have produced a machine that can do just that. Now a denim shirt produced in Bangladesh at a labor cost of $0.22 can be made at $0.33 in the US [ref id=2]. This means in addition to saving costs and time requirements of transport, sourcers will also not have to worry about apparel industry disasters such as the Rana Plaza collapse and fires in factories due to the negligence of business owners as compliance and safety regulations are more strongly enforced in developed countries.

In 2012, the USA’s Defence Department (DARPA) provided a $1.25 mn research grant to the Walmart Foundation to automate clothing production as a result of a US military policy to only buy clothing made domestically [ref id=2]. Building on the automated sewing research process at Georgia Tech, the technology has developed to a fully automated system that includes cutting, sewing, and quality inspection. Today the technology has been made into a company called SoftWear Automation which has developed SewBot, a fully automated sewing robot which boasts higher accuracy than the human eye in addition to requiring less labor input and higher productivity.

Given time for further developments, if the technology is licensed to major buyers of garments who stand to gain the most from vertically integrating their operations, countries like Bangladesh, where over 80% of exports are in the apparel sector, may see a considerable risk of losing business in the future. The Chinese clothing manufacturing company, Tianyuan Garments, which produces clothing for Adidas and Armani, have already set up their newest plant in the USA due to the advance in technology [ref id=2]. In this case, the company had seen a 50-70% labor decrease on each of their production lines. However, besides just cutting costs, this technology has the potential to bring economies of scale to an industry that has been for a long time limited from reaching full autonomy.

Bangladesh to Bear an Impact

More than half of the world’s textile exports and around 70% of ready made apparel exports come from developing economies [ref id=3]. In Asia, where most of these apparels are made, an estimated 43 million people are employed in this sector with women accounting for 3/4th of the workforce [ref id=3]. The textiles industry has helped lift many out of poverty and empower women, but given the changing tides, countries such as Bangladesh, Pakistan, Cambodia, and Sri Lanka may gradually see a growing workforce without jobs in the future, showing the need for government to incentivize diversification of major industries.

Although adopting automation may come by as a recommendation for developing economies to retain their competitive advantage, most of the apparel exports oriented industry lack both the infrastructure and the technical expertise to cater to the new changes in technology, for instance, a reliable and quality power source for automation. According to a Centre for Policy Dialogue (CPD) study, only 21.25% of sampled enterprises in Bangladesh were found to have advanced technology levels in their factories.

Although large and medium sized factories have shown considerable adaptability to use of technology in production, the majority of small sized factories have to reach high levels of adaptation. And data from NYU Center for Business and Human Rights suggests that a good portion of the 5 million garments workers in Bangladesh may be at risk of losing their jobs if factories are not able to maintain their cost-competitiveness.

Bangladesh’s ready made garments industry has been the main driver of growth in exports over the last decade. The industry produces woven and knit goods with a focus on shirts, trousers, jackets, t-shirts, and sweaters [ref id=4]. It’s estimated that over 4 million workers are tied to the industry. And with the country’s focus on low value apparel, it’s likely to be hit the hardest by technology developments in the apparel sector that is currently focusing on low cost apparel. The country currently has one of the lowest minimum wage structures in the Asia region making it an attractive place for low cost apparel seeking buyers.

Bangladesh has a deficit in power demand and lack of quality uninterrupted power making it an unattractive location for highly scaled automated production. The lack of a skilled workforce also makes it difficult for manufacturers to produce higher value goods to global markets. The apparel sector caters to mainly fast fashion at the moment, but if the country wants to achieve its ambitious goals of $50 bn in exports by 2021, it must move to higher value goods. Recently due to the US China trade war, work orders have significantly increased helping push the country towards it goals, but it isn’t a sustainable solution for growth in the future.

To continue as a major destination for sourcing in the global apparel markets, Bangladesh needs to make a stronger move towards high fashion and greater value items. The issue of wages in the RMG sector has been a sensitive topic, with regular protests occuring for higher wages as an inflation rate of 6% raises the cost of living by the day. And although digitizing the payment process can help ensure workers receive their wages on a timely basis, it doesn’t address the high cost of living in Dhaka, where a majority of factories are located.

A holistic solution is needed to keep apparel as a major contributor to exports. This means addressing the issues of wages, raising the skill level of workers, adopting technology to a greater extent to smaller sized enterprises, and support facilities for workers to keep retention rates high in the long run. A possible solution to this may be developing an RMG zone similar to Export Processing Zones with housing facilities and shared support/training services to encourage adopting the changes to this shift in global markets.

So far general technological developments in Bangladesh and its usage in factories have not made much impact on the workforce, but fully automated processes in development definitely will be set to reduce the need of labor in the future. Bangladesh will graduate from its Least Developed Country status in 2024, and lose its duty free access to European markets which make for a majority of current exports. And to remain competitive in the global markets and retain its major cash cow, greater research and adoption of advanced technology and better practices must be taken.