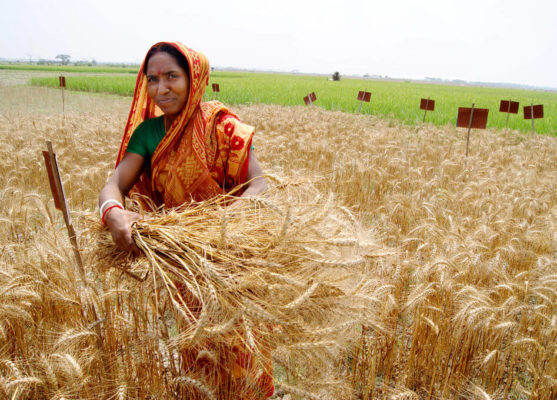 Driven by stable macroeconomic policies, Bangladesh’s economy continues to be among the fastest-growing economies in the world. Agriculture plays a vital role as the source of livelihood, growth of the economy and providing employment in our country. Bangladesh has made admirable progress in achieving food security over the past decades, despite being one of the most densely populated economies in the world.

Prone to climate change, Bangladesh’s agricultural sector faces a long-term threat, particularly in areas affected by flooding, saline intrusion, and drought. In early 2018, its agricultural growth was limited due to excess flooding however, harvests recovered in the months that followed. Bangladesh’s broad agriculture sector has been given the highest priority in order reach self-sufficiency in food.[1]

Bangladesh being driven by rapid urbanization, rising incomes and more people joining the workforce outside their homes, the demand for wheat-made food and food products is on the rise. Second to rice, wheat is one of the most important winter crops and is temperature sensitive grain crop of Bangladesh. Due to its time of cultivation of the year, flooding is not of major importance to the crop. However, the crop is flood sensitive.

With an expected rise in imports during the second half of the MY[3] 2018/19, price in the international market is expected to fall. Due to decreased supply from exporting countries, the international price of wheat went up resulting in a decline in wheat imports in the first part of MY 2018/19.

The private sector of Bangladesh purchased 90 percent of all imports approximately, whereas due to low government stocks, the share of GOB’s imports is increasing.  Private sector import demand is expected to remain strong in the second half of MY 2018/19. The GOB planned to import 550,000 MT in FY 2018/19, and procured 50,000 MT of local wheat, less than the previous year, due to lower domestic production. The GOB has announced an international tender for milling wheat imported through several tranches, at 50,000 MT for each tranche.[6]

Bangladesh has become one of the major export destinations for Canada. The main imported items from Canada include cereals, pulses, iron and steel, potash and chemicals. Our country plays the role of a major market of high quality wheat for Canada. Bangladesh mainly imports wheat, pulses, canola oil and potash from the Canadian province of Saskatchewan.[4] Along with Canada, Bangladesh imports wheat from Russia, Ukraine, Argentina, Australia and some other countries to meet its local demand for wheat.

According to the Ministry of Food, as of March 19, 2019, public wheat stocks are estimated at 163,250 MT, which is 55 percent lower than last year. In order to increase stocks, the GOB has decided to import wheat as opposed to buying large quantities from local farmers. The average retail price of loose wheat flour (atta) was BDT 32 (US$0.39) per kilogram. Wholesale and retail market prices of packaged wheat flour (atta) (per kilogram) were 32 and 14 percent higher than loose flour (atta). Though international wheat prices are higher, sufficient stocks from last year have kept domestic wheat flour prices lower recently.[4]

With expectations of higher profit margins and reduced risk of Fall Armyworm (FAW) attack, farmers are forecasted to plant wheat in place of corn. However, 65 percent of available wheat land in Bangladesh is vulnerable to wheat blast, spread over 45 districts of Bangladesh. Wheat blast caused by the fungus Magnaporthe oryzae pathotype triticum (MoT) is one of the most devastating wheat diseases with near complete yield losses.[5] The wheat area is down from the previous year is because of the wheat blast, unfavorable weather and lower yield.[4]

When compared to 2017, the cultivation of wheat in Bangladesh has decreased in the last year. According to the Agriculture Year Book 2017-18, mismanagement and distribution system of seed and fertilizer brought significantly decreased Yield rate of 0.842 percent.[2]  The wheat consumption forecast is raised to 7.7 MMT in MY 2019/20, assuming more consumption of processed foods made from wheat flour.[5]

Wheat production in Bangladesh goes through a few basic stages. In pre-production stage, the seeds are selected by the farmers based on their yield and varieties. Followed by seed selection, Farmers get access to agricultural credits managed through government’s Agricultural/ Rural Credit Policy. Subsequently the harvesting takes place leading to transportation and storage.

The transportation facility of wheat in Bangladesh is weak and inefficient in nature. The imported wheat is brought in and kept in warehouses before processing. The wheat are then processed in mills (compact mills, roller mills, and Atta Chakkas or wheat crushers). The finished processed product is then transported to the market for sales.

After the epidemic of 2015-16 in order to control the wheat blast, the Government of Bangladesh (GOB) started discouraging wheat production in the blast-affected districts (Kushtia, Jhinaidaha, Jessore, Chuadanga and Meherpur). Consequently, wheat areas in Faridpur, Kushtia, Chuadanga, Meherpur, Pabna and Rajshahi districts were reduced from 143,226 ha in 2014-15 to 102,790 ha in 2015-16. According to the Food Ministry Statistics, the government’s wheat reserve in December, 2018, was as low as 1.8 lakh MT, 41 percent lower than the same period in the previous year. It has now further eroded to 1.4 lakh MT.[7]

Test of radioactivity levels of grains, which may be used as food directly is mandatory. In case of direct import of rice, wheat, other cereals and food stuff from SAARC, South-East Asia and Asia-Pacific Ocean countries, the provision of the radioactivity-test shall be relaxed on fulfillment of the conditions mentioned below, namely-

(a) Imported rice, wheat, other food cereals and food stuff must be produced in SAARC or South-East Asian Countries and a certificate of origin, issued by the related Government/Approved Agency of the exporting country, shall be submitted, along with import documents to the Customs Authority;

(b) A certificate, issued by the Government/ Approved Agency of the exporting country, declaring that the standard & quality of the imported rice, wheat, other cereals and foodstuff are fit for human consumption and free from all harmful germs, shall be submitted to the Customs Authority. [8]

Globally, grains are the most important contributor to human food supplies. Approximately 21 percent of the world’s food depends on annual wheat crop harvests, which often have relatively low stocks.[9] Most wheat is consumed within the country where it is produced, although roughly one-fifth of global annual production is exported.[10] Growth in wheat imports is concentrated in those developing countries where income and population gains underpin increases in demand. Important growth markets include Sub-Saharan Africa, Egypt, Pakistan, Algeria, Indonesia, the Philippines, and Brazil.

The traditional five largest wheat-exporting nations (the United States, Australia, the EU, Argentina, and Canada) account for 70 percent of world trade in 2009-18. This is down from 89 percent in 1997/98, mostly due to increased exports from the Black Sea area. U.S. wheat exports are projected to account for less than 21 percent of global wheat trade at the end of the projection period, down from 26 percent in the past 5 years.[11]

In Bangladesh, wheat is the second most important staple food crop after rice. Over the last decades, wheat sector in Bangladesh has seen many significant changes in terms of production. Extreme weather conditions, natural disasters in recent years affected the productivity of the crop. In recent times, the farmers are opting for producing other food crops (such as boro cultivation) over wheat. With the continuous fall of wheat production in Bangladesh, the country’s dependency on wheat imports is increasing over time.

The top four countries ahead of Bangladesh in importing wheat are Egypt, Indonesia, Algeria and Brazil. Bangladesh is currently working towards refilling the national wheat reserve through floating international tenders for bringing in wheat in order to bring the local price down.

The write-up has been prepared by Dipa Sultana, Business Analyst, LightCastle Partners.