The Curious Case of Crab Sub-sector in Bangladesh 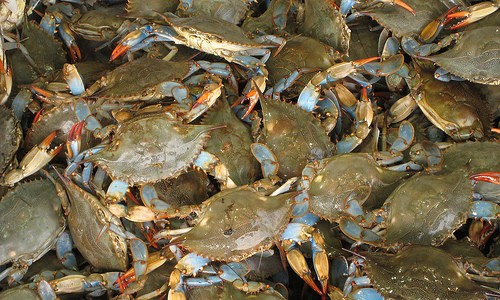 Being located at the edge of Bay of Bengal, Bangladesh has a wide and diverse range of sea food options. From Rock Lobsters to Mussels, from Prawns to Pomfrets, the country offers many options that cater to the local palette, while also exporting a huge proportion of its production annually. But among the many produces, the mud crab is gaining momentum as the next big sea food export category, so much so that the Government of Bangladesh has earmarked the crab sub-sector into the special development category in its latest Export Policy Act 2018-21.

Commercially sold as “Scylla Serrata”, the popular mud crab is actually scientifically named “Scylla Olivacea”. Reasons behind this rationale is unclear particularly since both the aforementioned species belong to the same mud crab family and is similar in quality and taste but differs in size.

In terms of business viability, while mud crab production offers significant return on paper, the industry is yet to achieve sustainability, and relies heavily on crablets sourced from nature. Without alternate sources of crablets from hatcheries, the natural stock of crablet will eventually get depleted leading to ecological imbalances.

Over the years, mud crab farming in the southwest of Bangladesh has witnessed a sharp rise, as more and more farmers are finding it lucrative to rear crabs. As of 2009, the mud crab fishery supported the livelihood of more than 50,000 fishers, traders, brokers, transporters and exporters in Bangladesh [1] and the number has increased to about 300,000 households at present (2015) [2].Key reasons for the interest in mud crab is due to relatively high prices and is less prone to diseases compared shrimp farming. Additionally, mud crab farming is regarded as less vulnerable to the local effects of climate change and deterioration of water quality [3]. The increase in mud crab farming can therefore also be interpreted as an adaptive response to deteriorating climatological and environmental conditions.

Crab has emerged as a potential export earner, thanks to its high demand across the globe and increased farming in the coastal belts of Bangladesh. From the southern belt, crabs are transported to Dhaka and flown either live or frozen to major export destinations. Traders grade the catch and sell them at higher price up to $45/kg during peak season.

Crabs are exported in two forms: Live or Frozen. Live crabs are usually exported to Asian countries because of high demand and logistical limitations. Frozen soft shell crabs are popular among western countries with Australia and United Kingdom leading the way as major exporting destinations.

The historical export volumes show paradigm shift from live crabs to frozen ones. However, frozen products are mainly sold as soft shell crab and it requires collection of young crabs from the nature. Therefore, while the demand for frozen crabs is increasing annually, dependence on wild crablets makes sourcing unsustainable for long term growth.

Apart from the export market, demand for crab has also been rising locally in Bangladesh in tune with the rise of the middle and affluent class (MAC) population, which is projected to quadruple to 37 M in 2021 from 11.7 million benchmark (2015)[5]. This has contributed to greater consumption of seafood, including demand for crab based dishes in Bangladesh. This is projected to be a key driver of demand of mud crabs in Bangladesh over the medium term. Currently, there are over 110 restaurants in Dhaka that sell crab based dishes to both locals and expatriates.

The overview of the crab value chain is as follows: Despite potential growth opportunities, the crab sub-sector is still at a nascent stage and is yet to have a robust value chain. Some of the major bottlenecks have been identified as below:

The crab industry provides a new avenue for Bangladesh to diversify its export basket. In terms of production, crabs are easier to maintain with a lower mortality rate in comparison to shrimps. However, the industry is still at its nascent stage and the crab ecosystem is still not developed to complement its value chain. While government has taken steps to promote the sector, they also need to focus on capacity development and create incentives to attract private investors, particularly in crablet production in order to avoid depletion of natural stock of crablets.

The frozen or soft shell crab industry provides an opportunity to export Bangladeshi Crab beyond the Asian belt to developed markets. The dependency on juvenile crabs from the wild puts a wedge on potential growth

In terms of forward linkage, the local demand for crab needs to be increased in order to diversify crab demand. For export, Bangladesh must look for new export destinations for building a solid growth platform.

This article was written by Sanjir Ali, Business Consultant at LightCastle Partners. For any queries, you can reach him at [email protected]