Fair Trade: A Gateway to Equity 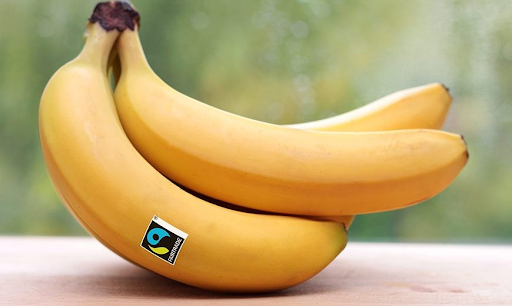 Fair Trade is an institutional arrangement which ensures ethical consumption by ensuring better prices, decent working conditions and a fairer deal for farmers and workers in developing and under-developed countries.[1] Fair Trade products are usually sourced from developing or under-developed countries and are sold in developed countries. It works by charging a premium for its products which is distributed to the producers (farmers/workers). For example, Fair Trade charges an extra of USD 0.50 per kilogram of Black Tea in the United Kingdom.[2] The producers have complete control over how they want to use the premium; be it to build schools or buy equipment.

Products that are sourced through Fair Trade practices are labeled so that ethical consumers can choose to buy their products and to justify the premium compared to other products. Fair Trade activities are undertaken and certified by a number of organizations but Fair Trade International and World Fair Trade Organization (WFTO) are the most notable ones.

Fair Trade: The Choice of the Younger Generation

The younger demographic is increasing worldwide and they are now a major portion of the consumer market.

Not only is the share of the younger generation increasing, they are also spending more than the previous generations. This indicates that their spending habits have significant importance in which products will be successful.

Alignment of Fair Trade with Spending Habits of the Younger Generation

Fair Trade ensures ethical sourcing of products and that is exactly what the younger consumers are looking for. According to a study by Nielsen, 70% of millennial (born from 1977 to 1995) consumers in the US  are more likely to associate themselves with brands which work for a social cause.[3] Not only that, according to a global study of 30,000 consumers, 73% of millenials are willing to pay more for sustainable offerings which include factors like cruelty free and environmentally friendly production processes.[4] Generation Z also has similar preferences as consumers and are more inclined to buy ethically-sourced products.[5]

Fair Trade has impacted globally in a wide array of sectors. The Fair Trade premium has contributed in improving the lives of the workers and farmers involved with the production of the products.

However, in case of Hired Labour Organizations like large plantations, it is seen that, the Fair Trade Premium is channeled more towards the workers and their families which has resulted in improvement of the eight SDG goal which is Decent Work and Economic Growth. There has also been significant contribution in Quality Education and Poverty Eradication.

Fair Trade workers are ever vigilant when it comes to adapting their production methods with the changing climate. In 2018, the Fair Trade Network of Asia and Pacific Producers (NAPP) launched climate schools for small-scale coffee organizations in Indonesia, Laos, India and Vietnam, with the aim of eventually scaling up across the entire region. A climate academy in Africa has reached 17000 coffee farmers in Ethiopia and Kenya to train them to adapt with the changing climate. Similar actions have been taken in Latin America.[7]

Fair Trade International has completed activities to encourage women to take leadership roles. They have also formed schools to ensure a more gender neutral society. Fair Trade International also works to reduce forced labour among children and ensure their rights are fulfilled.[7] The Principle 5 and 6 of World Fair Trade Organization (WFTO) are Ensuring no Child Labor and Forced Labor and Commitment to Non Discrimination, Gender Equity and Freedom of Association which directly contribute to these causes.[8]

A number of Fair Trade organizations already exist in this region and has been performing well. The products range from crops like coffee, tea to clothing and pottery. India and Indonesia has been doing notably well.

Despite 94% of the workers in the Asia and Pacific producing Tea, the highest amount of premium is earned from coffee with India, Indonesia, and Fiji being the most notable producers.[11] This indicates that coffee is a very profitable product in Fair Trade.

Fair Trade products from Bangladesh usually include handicrafts of different materials like bamboo, jute, wood, cotton, etc. However, if we look at the global trends, these are not ideal products for earning a significant amount of premium which will be enough to make a difference among the producers. Thus, it is evident that Bangladesh is failing to capitalize on the Fair Trade potential. Kazi & Kazi Tea has been an exception in this regard and have attained Fair Trade Certification.[12]

While Bangladesh is yet to make full use of the Fair Trade concept, there is a lot of potential in this sector. A few of them have been identified.

While it is more common to farm tea in large estates in hilly regions, Bangladesh has been seeing success in smallholding tea farms as well. Smallholding tea farms are farms supporting a single family. These small farms have been gaining popularity in areas like Panchagarh where the tea is planted on area as small as four decimal.[9] A major advantage of such tea farming is that it does not require hilly areas and can be done on plain land.

Since these small tea farms are undertaken by individual and low income farmers, their tea can be exported as Fair Trade products and be used to bring positive changes in their lives.

The RMG industry of Bangladesh is on a decline and there is a possibility that it will be in ruins after Bangladesh’s LDC graduation.[10] However, it is not necessary that attempts to revive this industry be given up. With the growing popularity of ethical fashion among the younger consumers in the West, the RMG sector can be revived by following Fairtrade regulations. This will also improve the working and living conditions of the garments workers. Bangladesh has already achieved remarkable improvement in Green RMG and achieving the other Fair Trade conditions are not far from possible.

As seen above, the majority of the Fair Trade premiums earned by other countries are through different crops. Bangladesh already boasts a big farmer workforce and it is very possible to utilize a portion of it to follow Fair Trade regulations. Crops like rice, sugarcane, herbs and spices and even coffee are grown at different scales in Bangladesh. These have significant potential in the Fair Trade market and can aid in the enhancement of the lifestyles of the farmers of Bangladesh.

The world is becoming more empathetic and people are willing to spend more to ensure their products are not produced through exploitation. From time to time, Bangladesh has been accused of not ensuring a sustainable lifestyle for its workers and farmers. Fair Trade can eradicate that problem and help build a more equitable society.