Smart Urbanization: Is Bangladesh On The Right Track? 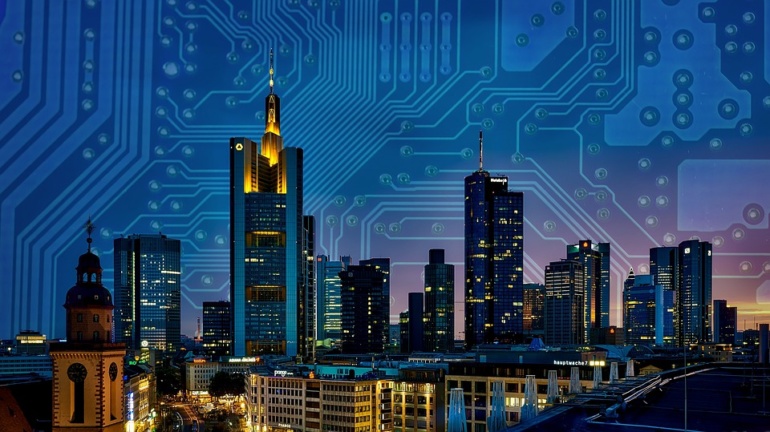 However, regardless of the issues arising, urbanization cannot be stopped. To quote UNESCO, the issue is no longer the choice between urban and rural life, but the choice of “how to live well” with millions of others in megacities.[3] And the answer to sustainable urbanization are Smart Cities.

The term Smart Living is defined as the inclusion of technology and different components of Internet of Things (IoT) in the lives of the citizens in a way which will improve the quality of their lives by reducing waste, resource consumption and will ensure environmental sustainability. [4]

An important observation here is that developing countries have not yet made any noticeable strides in making their cities smart.

While Bangladesh does not have a Smart City yet, a few growing trends indicate that Bangladesh is on its way to creating a Smart Society for its citizens.

Availability of internet connection is a necessity for the establishment of Smart Cities. Bangladesh is making gradual improvement in this sector.

The lion’s share of internet connections is in mobile internet. This shows that smart technology, if implemented, has to be mobile friendly. Moreover, with the introduction of 4G technology in 2018, the general people are getting access to high-speed internet. 4G internet is expected to reach 51% by 2025.[8]

With a market of 50 million users, Mobile Financial Services are gaining popularity in Bangladesh. Bkash leads the sector with a market share of 60%.[9] In 2018, it was reported that mobile banking alone produced 994 crores or more than $188 million in daily transactions.[10]

An important aspect of smart cities are that they are mostly cashless to ensure efficiency and ease among the citizens[11] However, more than 70% of Bangladesh’s population is unbanked.[12] Thus, to convert the Bangladeshi society into a cashless one, Mobile Financial Services need to play a pivotal role. Another important feature of Smart Cities is financial inclusion among the citizens. Since banks have failed to reach a major portion of the population, the Mobile Financial Services are contributing to create financial inclusion in the Bangladeshi society. [19]

Rise of Application based services

With the increase in mobile internet, Bangladesh has seen the rise in mobile application based services like Pathao, Uber, Shohoz, FoodPanda, Sheba.xyz etc. They are not only making the lives of the users easier but are also proving to be a source of employment for the workforce in Bangladesh. As of 2018, Pathao had around 100,000 riders and around 1 million users and it has only grown since then.[13]

However, even this price is high for the lower income group which has resulted in the release of a number of low-priced models which cost around USD $50.[20] This has resulted in Bangladesh having a uniform smartphone penetration with only a 7% gap among users of mobile phones in urban and rural areas.[21]

To capitalize on the increasing popularity of smartphones among the general population, the National Apps Bangladesh by the Government of Bangladesh has developed a wide array of mobile applications for the general mass.

A commendable act by the government of Bangladesh is the increased incentive to use Hybrid Cars instead of regular ones. While regular vehicles require to pay more than 100% and upto 300% of their price as supplementary duty, Hybrid cars have to pay as low as 20% and upto 45%.[18] This has resulted in an increase in the import of Hybrid cars which are more fuel efficient and environment friendly compared to regular cars.

The Future of Smart Urbanization in Bangladesh

With the Vision-2021 of the Bangladesh Government, rapid digitization in various sectors is occuring which will eventually give birth to Smart Cities in Bangladesh. However, it is important that this growth is properly regulated so that it improves the lives of the citizens and does not give birth to new issues. Few important sectors which should be kept in mind have been determined.

Environmental pollution is one of the biggest concerns of the cities in Bangladesh with its capital being one of the most polluted cities in the world.[16] Thus, the main concern for Smart Urbanization in Bangladesh should not only be to utilize technology in every sphere of life but to also use it ensure environmental sustainability. The tax breaks on Hybrid cars is a good way to encourage fuel-efficient and environment friendly cars but similar steps should be taken in other sectors as well.

All major economic activities of Bangladesh are centered in the capital which has made it the third most densely populated city in the world.[17] With the help of smart transportation and easy availability of technology outside the capital, it is possible to decrease the reliance of the population on the capital. It is obligatory to decentralize the population to ensure the quality of life in Bangladeshi cities.

Safeguarding the rights of the citizens

With the growth in usage of technology, the personal data of the citizens shall get more and more vulnerable. It is important that there are proper policies and guidelines in place so that the citizens are protected against technological malpractices.

A Smart City should be able to accomodate all its citizens and not just the privileged ones. It must be ensured that the lower income groups are also being benefited by the introduction of smart technologies in different sectors of the city. The use of 4G internet will reach only 51% of the internet users in 2025 at the current rate which means almost half the entire population will be using low-speed internet. This needs to be accelerated so that the majority can get access to smarter technology.