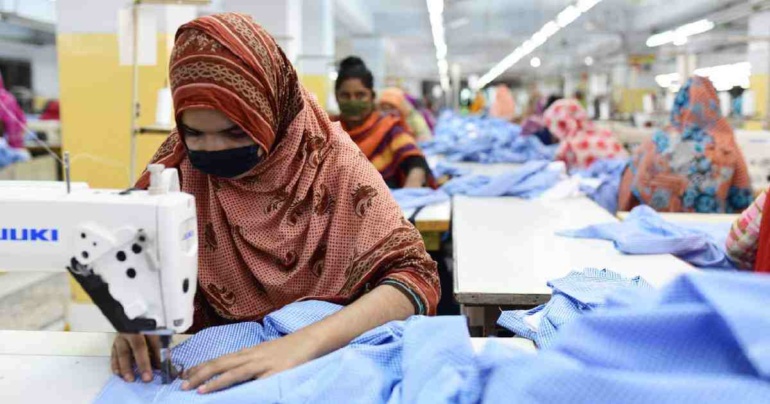 The Garments Industry has been considered a lifeline for our economy for a few decades now. However, in recent years, it has not been seeing considerable growth.

We can see that not only has the number of new RMG factories every year has been increasing, it saw a significant drop during the 2013-14 period. This can be attributed to the decline in export as the graph below illustrates.

Adding to these, once Bangladesh graduates from the Least Developed Country (LDC) Status, Bangladesh will have to pay 6.7% additional tariff which will result in a loss of USD $2.7 billion every year.[1]

Thus, it can be argued that Covid-19 has only been accelerating the inevitable demise of the garment industry. The main victims, if that were to happen, are the millions of the workers employed in the garment industry. The purpose of this article is to analyse what the future might hold for the hard working people employed in this sector and have been the backbone of the economy of Bangladesh for over two decades.

RMG Employees of Bangladesh: Who Are They?

A research survey by Penn State Center For Global Workers’ Right paints a grim picture of the garment industry. They have divided the crisis into three phases: Increased Raw Material Cost, Delayed Payments and Cancellation of Orders.[6] However, as the following chart shows, the foreign buyers have given little support to the Garment Manufacturers to deal with this crisis.

These have caused the garment worker population to be in disarray. More than one million workers have either been fired or furloughed (sent home temporarily). Of them, 72.44% of the furloughed workers have no income while 80.40% of the workers have been paid no severance.[6]

As seen in a recent survey, the impact of are already being seen in the lives of the garment workers. The biggest declines in spendings have been in the education and transport sector. While the decline in transportation is understandable in the lockdowns, the decline in educational spending is especially worrying and whether it will rebound post-lockdown remains to be seen.

Ensuring A Safe and Sustainable Future For The Garment Workers

The contribution of the Garment Industry has been more in providing employment to millions of Bangladeshis than earning foreign currency. Thus, a decline in this industry will hit them the most. The following suggestions can be considered to help this industry survive.

To conclude, the future of the 3.6 million garment employees might look grim right now. But it is possible that with proper and pragmatic steps, a sustainable future for them can be salvaged.