Government Stimulus Packages in COVID-19: Will it be effective for Bangladesh? 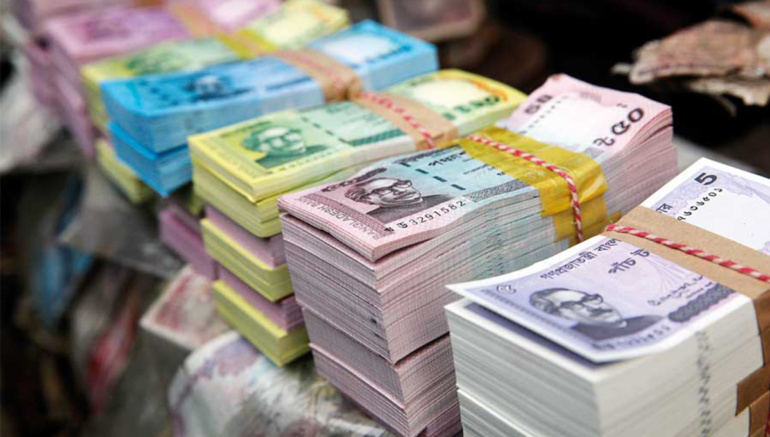 The Covid-19 pandemic has forced the economic activities of the world to come at a halt. To save the world from a devastating recession, different countries are announcing stimulus packages for various sectors. As of April 15th, the Government of Bangladesh has introduced stimulus packages of a total of BDT 1,000 billion which is 3.3% of the total GDP.[1]

Understanding The Stimulus Packages of Bangladesh

The major packages have been discussed in the table below.

Apart from these there has been announcements of insurance schemes for healthcare workers and ration cards for vulnerable families.

Funding of The Stimulus Packages and The Commercial Banks

It is evident from these packages that their main purpose is to assist in different industries so that they are not devastated by the Covid-19 lockdowns. It can be seen that the funding is being done by both commercial banks and the Bangladesh Bank. Commercial Banks usually see a significant dip in their profitability during economic crises.[2]

Where Does the Stimulus Packages of Bangladesh Stand In Comparison To Other Countries?

A comparison with the G20 countries show that, apart from the top three countries, Bangladesh’s spending behind the stimulus packages are on par with the other countries. This indicates that Bangladesh is allocating sufficient resources behind the Covid crisis.

An important difference between the stimulus packages announced in Bangladesh and that of  other countries is the absence of direct cash transfers to the general populace. For example, in the USA, 30% of the total USD 2 Trillion shall be spent behind transferring direct cash to the population. They have allotted USD 1200 for adult individuals and USD 500 for minors.[5] The neighboring country of India is also spending USD 22.5 billion for lockdown affected individuals.[6]

Canada has offered stimulus packages similar to Bangladesh where loans were offered to industries with low or no interest rates. But regardless of that, Canada is also extending support to families with children. [7]

Issues Threatening the Effectiveness of the Packages

At face value, the stimulus package seems like a lifeline for the people of the country. However there are multiple issues that might make the package to be very problematic for the economy in both the short and long term.

Loans are declared as Non Performing Loans (NPL) when the lenders are absolutely unable to pay off the banks. The rise of NPLs is a threat to the economy of any country. Funds being blocked as NPLs cause banks to have insufficient funds for future loans. This hinders employment generation and the lending rates increase due to scarcity of loanable funds and this in turn widens the gap between the rich and the poor as people with low capital are unable to afford loans at higher rates. It can eventually cause a liquidity crisis too.[8]

Bangladesh has been dealing with loan defaulters for a very long time with 170,000 loan defaulters in total (as of 2019) and less than 1 percent of those defaulters holding more than 50 percent of all the default loans.[9] This rate has only risen over time as shown in the graph

The rise of defaults shown in the graph is from before the crisis. Maximum share of the stimulus money is repayable loans which means that commercial banks will be responsible for getting this money back after the crisis. With firms losing businesses across all industries, it is evident that non performing loans (NPL) will only increase as the crisis lengthens. In the long term, the non payment of these big loans made by the government thus might prove disastrous and has the potential to leave a large dent in the economy of the country.

The rise in NPLs has fueled the liquidity crisis in Bangladesh from before the start of the  pandemic. The banks decreased deposit rates in February which slowed down deposit growth. As a result, lending capacity was reduced. In addition to this, the cost of borrowing of commercial banks is still around 7% to 7.5% and so it is difficult for them to lend at 9% under the stimulus package. Bank withdrawals by individuals for buying essentials have steadily increased during this pandemic and this also is a threat to the borrowing ability of banks.[11]

There will be a need for huge amounts of cash in the post crisis economy. Due to the previous liquidity crisis and probable inability to collect the stimulus money back, there is a threat of a long term liquidity problem.

BDT 677.50 billion of the stimulus package (nearly 70%) is repayable loan. The commercial banks have been given the responsibility of distributing the loans. They are responsible for not only selecting their customers through “bank-client relationships” but also ensuring the customers pay back in time. Thus, all risks associated with lending such as market risk, sectoral risk, management risk etc. of these already risky disbursements falls on the commercial banks. In addition to these new problems, lots of new banks and NBFI (Non Banking financial institutions) have lost the confidence of the people and thus lack the necessary deposits to tackle this huge challenge.[12]

Countries have taken steps to provide money to businesses and people directly. For example Pakistan has enabled citizens to withdraw cash directly from banks with their national ID cards.[13] But the existing process in disbursing loans through banks in Bangladesh does not put money in the hands of the most needy and vulnerable.

Is There a Solution?

Given how nearly every sector is in jeopardy, there does not seem to be one perfect solution. However, fixing some of the problems identified can go a long way in battling this crisis in the following ways:

So, the stimulus has to be properly readjusted, channeled and distributed so that the most vital sectors can be protected in both the short and long term.