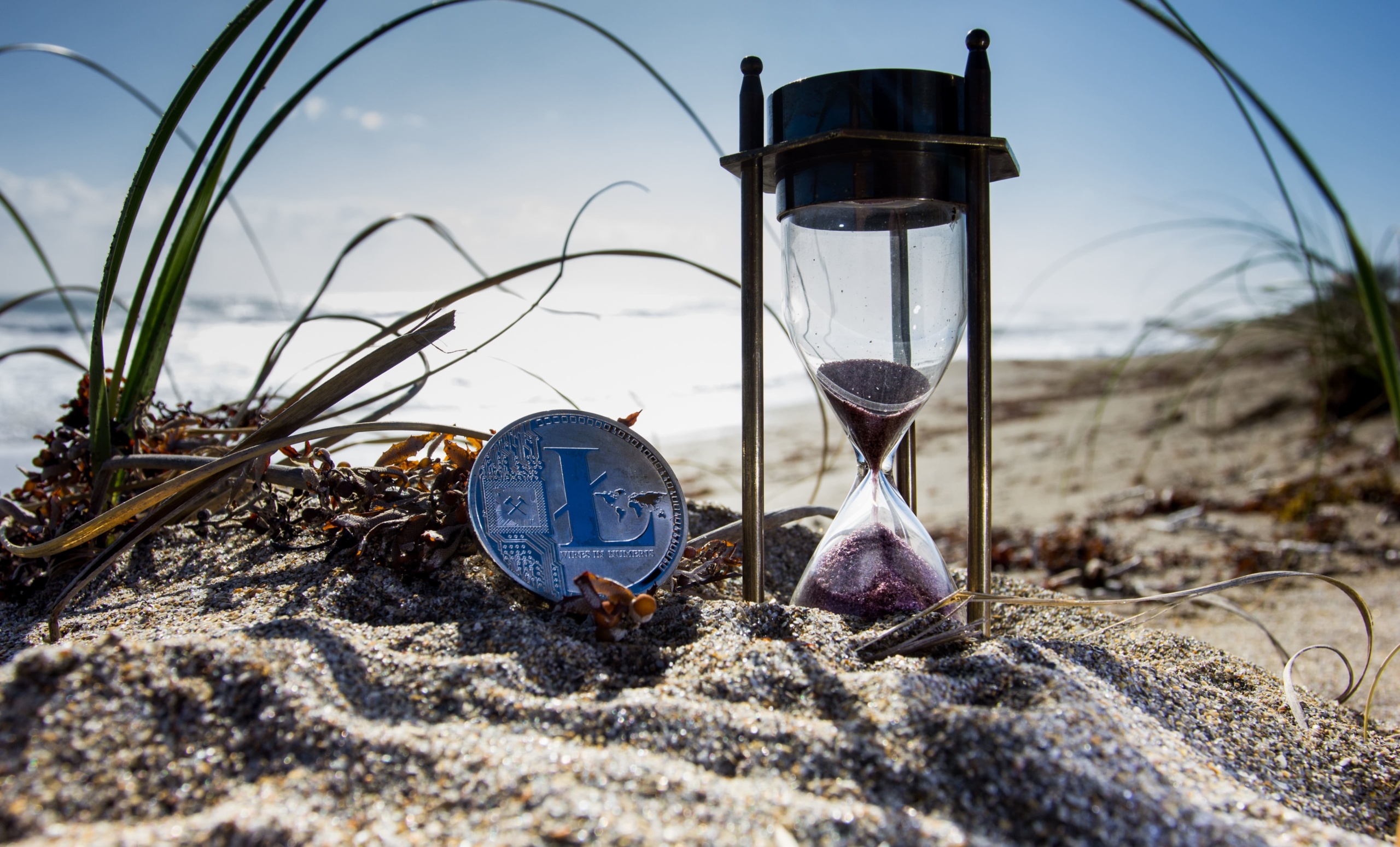 Businesses are increasingly having a fraying relationship with societies and the environment. Hence instead of focusing on the old school method of profit maximization by enterprises – we are seeing investors, financial institutions and businesses looking to create financial returns coupled with measurable positive social and environmental impact. One such avenue is “impact investments”.

However, traditional investors, especially in a country like Bangladesh, are often apprehensive of entering the sector. The assumption is impact investing is more for NGOs, Development Financial Institutions and is a riskier, less liquid asset class generating below market returns. However, is that really true?

Impact investing capital deployed worldwide is projected to be in excess of USD 500 billion + in 2020 (source: GIIN) and the double-digit growth is not slowing down. BlackRock, the world famous investment group, will grow their investment in sustainable businesses/ asset classes 10-fold from USD 90 billion to USD 1 Trillion in a decade. As of now already 10% of the global PE capital can be attributed to impact investing (source: Mckinsey) and in the coming decade, the percentage of impact capital is only set to grow.

Let’s take a step back and discuss two points. A) Despite the global investor confidence in impact capital worldwide, what does the return really look like – especially for a country like Bangladesh? And B) Why is impact investment critical for Bangladesh?

India has received close to USD 5 billion+ in impact capital from 50+ investors since 2010 – with the asset class growing 14% Y-o-Y. India has demonstrated how to sustainably deploy impact capital and also generate returns. Based on 40+ investment exists between 2010 and now – the median IRR was 10% while the top 33% generated a return of 34%.

Most of the deals took place in agriculture, clean energy, education, microfinance, financial inclusion and healthcare. It seems in terms of return, financial inclusion was in the top percentile followed by clean energy and agriculture. Education and healthcare seem to need more time to grow. The diagram below shows returns versus exits for the Indian market.

In Bangladesh – bKash which is regarded as the first unicorn Startup from the market – received impact capital from The Bill and Melinda Gates Foundation while the leading online grocery company Chaldal.com received Series A funding from IFC. Sheba.xyz – leading online service marketplace and service SME development company received blended capital from UKAID.  These are but a few recent examples in the long list of successful impact enterprises in the country including names like Shop Up, Solshare, iFarmer who have received impact capital and are scaling.

Experience in the Indian market and leading examples from the Bangladesh market shows that not necessarily impact capital will generate below market returns. Exits from the Indian market showcases tangible returns and impact enterprises in Bangladesh showcases the same trajectory. There are obviously risks but what’s interesting is the risk-return ratio is comparable with commercial venture capital asset class.

Why is impact investment important for Bangladesh?

Bangladesh over a decade has grown with a GDP delta rate at 5% to 7%+. There is a large middle-income population, currently estimated at 12 million which will triple over the next decade. We have a young (50% under 35), technology adaptable (40 million+ on smartphones, 99% 2G internet penetration, 35 million+ mobile financial services account) population. However, a lot of the growth we see is investment led mostly by public expenditure in large power and communication infrastructure.

Bangladesh is extremely dense – 175 million+ heads in a small delta country (with 1200 people/sq km) bordered by India from 3 sides under the looming shadow of China.  Additionally, in-equality has been also been on the rise – according to the Household Income and Expenditure Survey (HIES) released in 2017, the poorest five percent of Bangladesh’s population had their national income reduce from 0.78% in 2010 to 0.23% in 2016 while the richest five percent saw their income increase from 24.61% to 27.89% of national income in 2016 compared to 2010. This increase in income inequality, further accelerated the increase in the Gini Coefficient– an indicator of inequality of a country.

So, we see that high growth for Bangladesh hasn’t always resulted in equitable growth for the country’s citizens and if we don’t change the status quo, the gap between the socio-economic groups will widen. Plus, we are a country with extreme population density – with finite resources – any negative externalities and impact we have on the environment can become catastrophic.

However, there is also a silver lining given our density dividend impact businesses can not only generate large impact per dollar invested but can also create profitable returns – just think how profitable the telecom businesses have been in the country with 80%+ penetration with 80 million people on the internet (source: BTRC).

As of recent are also experiencing a “Black Swan” event – the COVID 19 pandemic. As a country we would lasting impact on both exports (RMG sector already seeing falling demand amid backward linkage disruption), remittances (our human capital is coming back into the country including Middle East and Europe where they were employed mostly in semi-skilled/unskilled category and domestic demand (not only tourism but internal demand for both services and products will scale back) leading to unemployment especially in the informal sectors. Given this scenario we need businesses to become increasingly inclusive and start creating social and environmental returns on top of positive economics.

Lastly, the government is committed to achieving the 17 SDGs by 2030 and given the current rate of public and development expenditures we can’t get there just on GoB and philanthropic capital/ODAs alone. Moreover, as Bangladesh moves on to becoming a middle-income country ODAs will dry up and concessional loans will not have preferential rates anymore and we need to curve GoB foreign borrowing to build up the country’s forex reserve more so given BDT is expected to devalue further in future. We need a new breed of investors and impact enterprises that are going to get us there. Hence for Bangladesh to go into the next decade – impact investing can and will play a significant role.

So how do we proceed? We believe each of us has a role to play.

Role of Seeding and de-risking by core impact investors: Even before mainstream investors can come in, a core group of impact investors need to come and de-risk investments into impact enterprises. In many cases, the impact entrepreneurs would need smart capital and once they have a path to sustainability and growth – more commercial-minded and traditional investors can follow. However, without the initial seed capital with an investor group who is willing to create success cases, it becomes difficult to scale investments in the impact enterprises asset class. This is where development partners can also come in providing the initial de-risking capital – a lot of programs in Bangladesh are already working like the Biniyog Briddhi program from Swiss Development Corporation and Roots of Impact which will provide catalytic funding or  Business Finance for Poor In Bangladesh from UKAid which supported blended finance in pay by results model via a challenge fund. Additionally, development partners can also add value by including social/impact enterprises into their value chain and also help build the ecosystem including service providers.

Role of Government: The government in Bangladesh has been showing increasing support for Venture Capital especially the ICT Ministry is a front runner with them declaring a GOB backed BDT 100 Cr (US$12 Mn) VC fund from Startup Bangladesh. However, incentives need to be given to impact investing specifically as well. The B-SEC (Bangladesh Securities and Exchanges Commission) now acknowledges “Impact Funds” as a separate investment type under Alternative Investments License. However, incentives need to be in place to encourage impact investing. That can be via fund of funds or formation of Social Impact Bonds – where impact funds will be compensated for their investments given pre-agreed measurable impact gets demonstrated. This fulfills the need for public good whereby mobilizing private capital and only paying if there is impact hence de-risking investment  for the government. Additionally, it will be good to have a certification guideline for impact enterprises and guidelines for financial institutions to get into impact investments.

Role of Private Investors: Bangladesh is already showing early signs of local investors thinking about the impact space but we need more – once the early investors have de-risked investments, we need mainstream investors to come in and provide reasonable exists so that the capital can rotate and create a cycle of impact enterprises. Also, payout times would be larger compared to existing VC asset classes but returns would be comparable (as we have demonstrated earlier) and the positive measurable social and impact will create a sustainable long term future for Bangladesh.

Role of enterprises and entrepreneurs: The world has changed. More and more enterprises are focusing on triple bottom lines – people, profit, planet and looking to build inclusive ventures. Customers want to buy from responsible enterprises, the best talents want to work for impact-driven enterprises and the media wants to highlight the positive impacts created. And Bangladesh needs the next group of entrepreneurs who will solve critical problems for the country in energy, healthcare, food security, education, financial inclusion, climate change and beyond sustainably and profitably. Hence for the future, we need our enterprises to become inclusive and entrepreneurs to become impact ingenious and take Bangladesh to the next level.

Author: Bijon Islam, CEO, LightCastle Partners. For any queries, you can reach out at [email protected]

Bijon is the co-founder and CEO of LightCastle Partners, an organization that focuses on creating data-driven opportunities for growth and impact for development partners, corporates, SMEs, and Startups. Over the last ten years, Bijon has led the company in engagements across 150+ businesses/development partners, 650+ SMEs/Startups, and 40+ accelerator programs in multiple industries including Technology, Agriculture, Health, Ed-tech, Energy, E-commerce, Logistics, and Manufacturing. Previously Bijon has worked with Citibank, N.A. and Citi Foundation and oversaw the execution of Bangladesh's first Interest Rate Swap, Equity Convertible Bonds, Largest IPO, Microfinance Securitization, and Block Equity Trades. Due to outstanding performance, Bijon received the CEO Excellence Awards for two years in the organization. He completed his BBA and MBA from the Institute of Business Administration (IBA), University of Dhaka.