COVID-19 & Tourism: A Tragic End to the Thriving Industry? 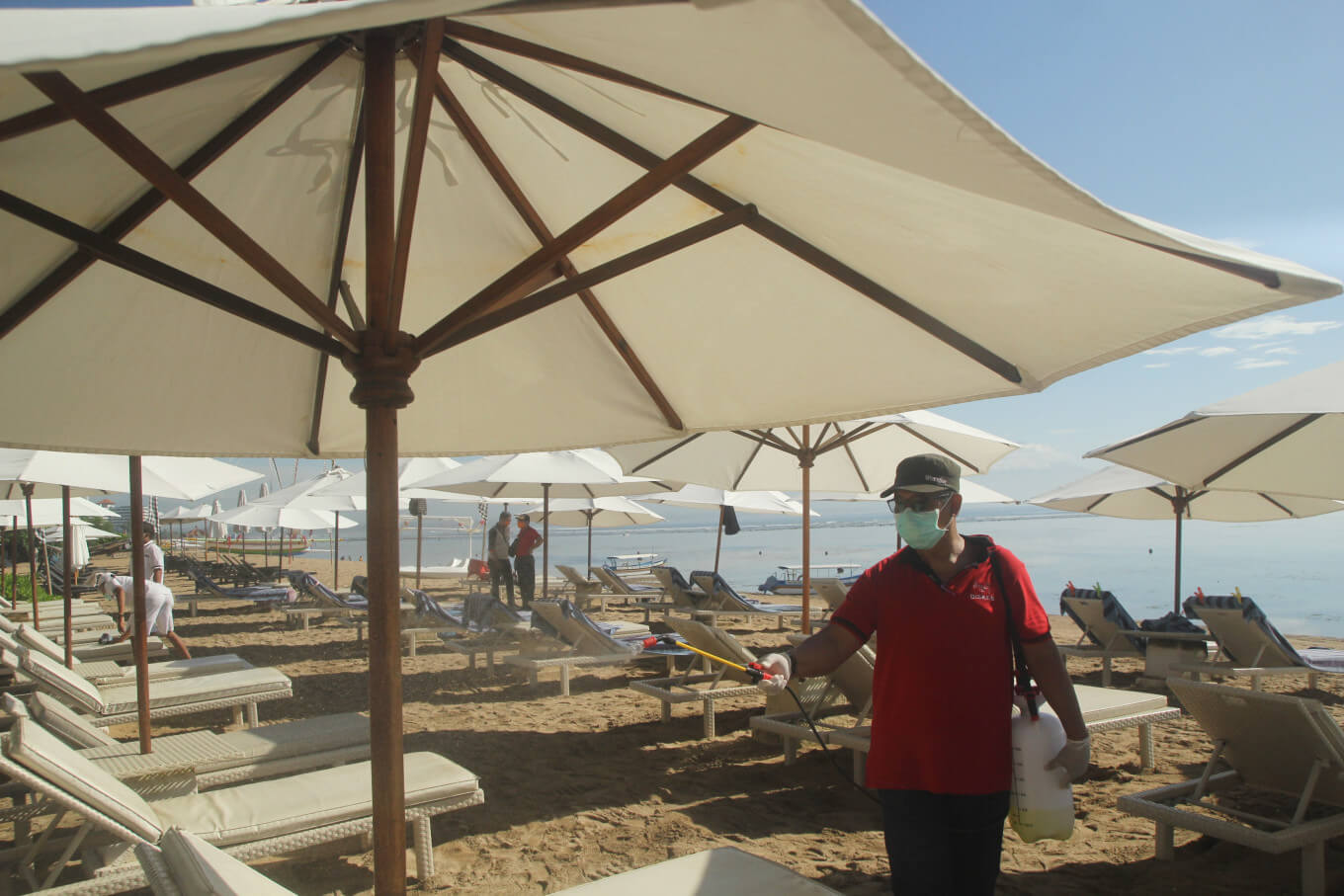 The adverse impact of the COVID-19 pandemic can be observed in almost every economic sector more or less, but the tourism sector undoubtedly tops the list. Before the pandemic, the global tourism sector was growing significantly at more than 3.5% growth while the global economy grew by 2.5%.[1] With airplanes being grounded and the luxury hotels being turned to ghost towns, the travel and tourism sector has been greatly affected. The sector that accounted for 10.3% of the global GDP in 2019, has been facing the punishing impact of COVID-19 due to banned travel and restricted flights.[1]

According to the United Nations World Tourism Organization, 96% of the global tourist destinations have closed their borders completely or partially.[2] The universal vaccines are yet to be developed and herd immunity, meaning enough people gaining some degree of immunity through surviving after being affected, is far from achieved. Therefore, the tourism sector’s revenue is projected to remain in the negative territory for the rest of the year. In the near future, the revival of the tourism industry seems highly unlikely which is why the sector finds itself in urgent need for financial and policy support.

The travel and tourism sector accounted for around 330 million jobs worldwide in 2019, equivalent to 10% of total global employment.[1] According to the World Travel & Tourism Council (WTTC), 100.8 million are currently at risk in the tourism sector with 1 million jobs being lost every day. Asia- Pacific’s tourism market which was seeing a 5.5% growth remains the most affected among the other regions.[1]

The global tourism sector has contributed USD 8.9 trillion to the global GDP in 2019. However, the travel economy has been going through a deeply worrying crisis as WTTC analysis has predicted the pandemic to wipe out around USD 2.7 trillion of the global GDP. Asia, one of the biggest travel economy, is estimated to lose the highest amount of GDP, equivalent to USD 1041 billion.[3]

In 2019 the tourism market in the Asia-Pacific region contributed around USD 2970 billion or 9.8% of the total economy and accounted for 182.2 million jobs or 9.6% of total employment.[1] In 2019, China reckoned the highest amount of contribution to the GDP in Asia followed by Japan, Australia and Thailand.

Amidst the pandemic, the Asian tourism sector has been severely depressed. The well-performing tourist destinations in Asia including China, Thailand, Singapore, South Korea, Japan, Malaysia, Indonesia etc. have witnessed a significant amount of decrease in their tourist arrivals.

Among the Asian countries, China is going to be the worst affected as the country is known for the origin of coronavirus disease (COVID-19). In the pre-pandemic phase, the travel and tourism sector in Bangladesh was emerging as a possible economic driver which too, was not spared from the devastating impact of COVID-19.

The travel and tourism industry in Bangladesh was a growing one comprising 4.4% of the total GDP in 2018 and was considered to be a potential driver for the country’s economy.[4] The international tourism expenditure in Bangladesh was worth USD 1208 million, a comparatively moderate amount among the South Asian countries. Alongside this, domestic tourism was considered to be given strong focus as it had started growing popular with rising expendable income. However, now the future of tourism in Bangladesh has to be looked over differently.

According to the Civil Aviation Authority of Bangladesh, on-arrival visas for all nationalities have been suspended. Due to the cancellation of scheduled tour packages from abroad, the tour operators in Bangladesh will struggle to sustain. Besides, domestic tourists are expected to maintain self-isolation. As a consequence, the domestic, inbound and outbound tourism sector in Bangladesh is going to face enormous economic losses and job cuts. According to UNWTO, the Bangladesh tourism industry is projected to face a loss of USD 470 million in 2020.[5]

With restricted travel and cancellation of business flights, the luxury hotel industry has also been facing the domino effect of economic fallout. The occupancy rates of luxury hotels have declined by staggering amounts in April. While the hotels would have witnessed occupancy rates of 80% in usual times, the current rates have plunged to an average of 30%.[7]

Rescuing the Future of Travel & Tourism

As the aviation, travel and hospitality industry are interlinked, the impact of COVID-19 pandemic is even greater in these sectors. Therefore, the industries will be needing a significant amount of financial and policy level support from the Government to control the economic damage.

The Government of Bangladesh has intended to support the tourism industry by including the sector in the announced stimulus package. According to this policy, banks will provide loans at 9% interest and 4.5% of the loan will have to be borne by the business. Ensuring the equitable distribution of the packages should be prioritized to truly support this downing industry. The Government can pursue several approaches to protect the objective of redeeming the adverse impact on the economy.

As travel and tourism is a broad sector, the severely affected industries should be targeted to give cash flow assistance by the Government. Granting adequate financial support is mandatory to protect the large number of jobs engaged in the sector. However, the Government needs to ensure the support is not being disbursed among the beneficiary sections.

The Ministry of Civil Aviation and Tourism has formed a committee for evaluating the financial losses of the tourism sector, taking decisive initiatives and making proper recommendations for the Government to support the depressing industry. Micro-enterprises that are in the most need of the support should be identified and prioritized to provide with required aids. Effective completion of these tasks should be directed by the team and the Government should act upon the suggestions immediately.

The travel and tourism industry has indisputably come across an unprecedented collapse. Even after the lockdown ends, travelling is not going to be normal any time sooner. International travellers will look for safer tourism spots. The Philippines have initiated online training schemes for tourism stakeholders on how to build a hygienic tourism experience to attract foreign tourists. Bangladesh can take such initiatives to promote the country as a new tourism hub.

As in the post-pandemic world, tourists will be opting for those experiences that promote the health and well-being of people and the planet, the tourism industry should focus on these aspects. To conclude, efforts to develop a strategic framework should be started as early as possible for early post-pandemic recovery of the tourism and hospitality industry.