How has the Covid 19 Pandemic Impacted the Fisheries Sector? 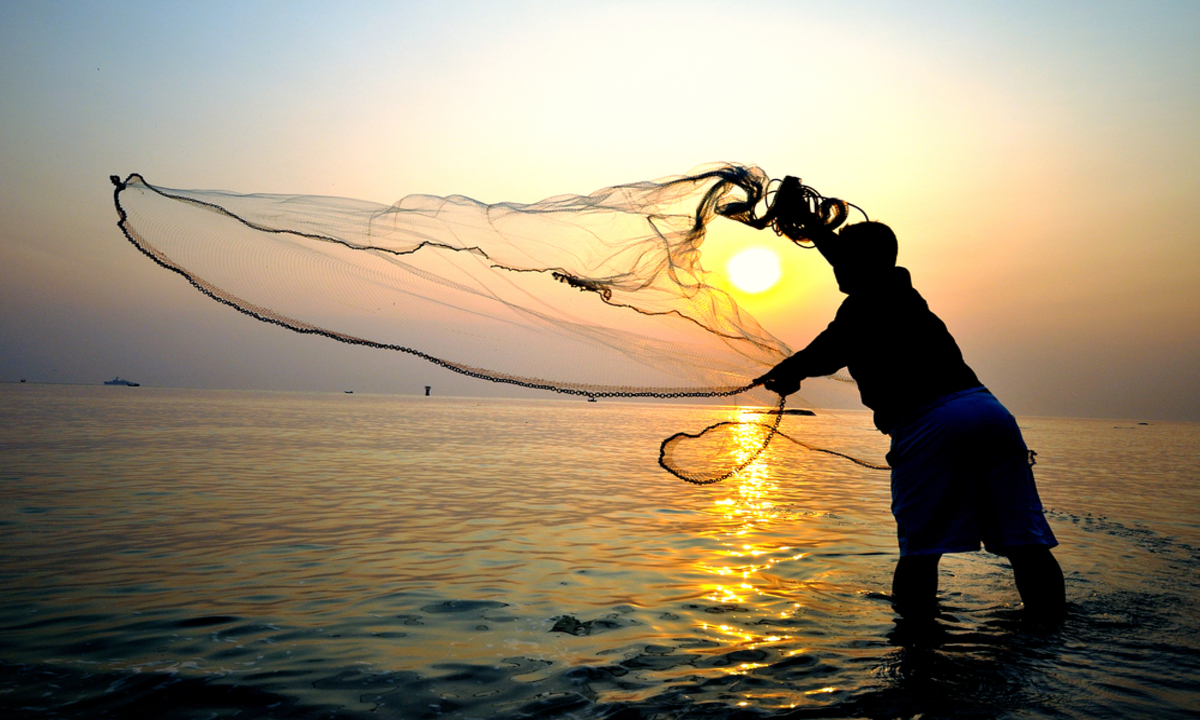 As the global economy has come to a shutdown due to the Covid-19 pandemic, like all agricultural supply chains, the fisheries sector in Bangladesh, too, has seen severe disruptions in the supply chain due to bottlenecks in transportation, trade, and labor. Reduction in household incomes due to the impact from Covid-19 lockdowns has had a knock-on effect on demand for fish, contributing to massive losses for fish farmers, as the volume of their sales and the price of fish have dropped significantly [1]. As a consequence, many people employed in these supply chains, such as fish vendors, processors, suppliers or transport workers are at a risk of losing their jobs and livelihoods.

With a view to better understand the impact of Covid-19 on the fisheries sector, LightCastle Partners conducted a primary study in May, 2020 across four major fish farming clusters across the country–Rajshahi, Rangpur, Khulna, and Mymensingh. A total of 50 respondents at various segments of the fisheries value chain were interviewed over telephone in order to evaluate the impact on the value chain and help chart the way forward for the fisheries sector in this time of turmoil.

With a total production of 4.27 Million Metric Ton (MMT) in the Fiscal Year 2017-18, Bangladesh stands as one of world’s leading countries in terms of aquaculture production. 56 percent of the country’s total production comes from the cultured fish farming, 28 percent are captured fish and 16 percent are derived from marine sources. [2] The inland (closed and open) fisheries and marine fisheries had a CAGR of 5.28 percent from 2006-07 to 2014-15 with a production volume of 3.68 MMT in 2014-15, thanks to the proliferation of commercial aquaculture by taking advantage of semi-intensive production methods with an increasing diversification of species farmed.

The fisheries sector (encompassing fish, shrimps, and other fishery products) is also a major export driver, bringing in foreign currencies worth USD 500.4 million in 2018-19, which forms 1.2 percent of the country’s total exports. Apart from its commercial importance, fish also plays a central role in household nutrition as the largest source of protein for Bangladeshi households, with daily per capita consumption increasing from 49.50 grams to 62.58 grams between 2010 and 2016.

Commercial aquaculture farms are spread across the country, but the major production hubs are located in Rajshahi, Bagura, Mymensingh, Khulna and Cox’s Bazaar regions.

Owing to the coronavirus outbreak, prices of fish have dropped by an average of 19 percent nationally. Mymensingh region, which is renowned for its catfish and carp production, has experienced the highest dip in consumer level fish prices at around 40 percent. Rajshahi region, which is a major source of carps and Khulna region, a major source of shrimp, have also experienced a price drop of 18 percent and 9 percent respectively.

Across the board, the biggest declines in fish prices has been observed for relatively high-value fish such as Shing, Pabda and shrimp varieties. Low-value fish such as Rui, Mrigel and Tilapia have seen relatively smaller decline in prices in regions other than Rangpur and Rajshahi divisions, which can be partly attributed to larger-sized fish that fetch better market prices.

LightCastle’s primary research has revealed that across the regions studied, the income of fish farmers has been halved on average. Most farmers in Mymensingh region have had no additional income owing to the lockdown that started in the last week of March this year, as they wait longer for better prices before harvesting their stocks. Farmers of Rajshahi, Rangpur and Khulna experienced an average income loss of between 20 to 50 percent.

Backward linkage and ancillary services are proving to be bottlenecks

The Coronavirus pandemic has had a massive impact on the fisheries supply chain, the most noticeable impact of which had been on the transport sector during the March-May period.  The lockdown had limited the number of commercial vehicles on the streets and those that were in operation had faced increased checking and scrutiny by law enforcement agencies. This had ensued in a rise in the cost of transportation, which in turn had led to marginal increases in the price of fish feed at the retail level despite no formal price increases on the part of feed manufacturers. Although the outbound transportation of fish had been given due urgency, there had been complaints among fish intermediaries that law enforcement agencies had been harassing empty transport vehicles.

Moreover, shrimp farmers in particular, were experiencing a severe crisis in accessing shrimp seed stock from the market. The supply crunch of the seed stock had led to 200- 300 percent increase in prices for seed stock.

With the increased logistical cost and drop in the customer buying power, the income of fish market intermediaries (encompassing faria, aratdar and retailers under this study) has witnessed a reduction of  53 percent on an average. The underlying reason for this drop is the decrease in the number of customers in the market – compared to pre-Covid situation, market intermediaries have recorded a 35 percent decline in customer footfall. This can be attributed not only to fewer customers venturing into markets but also to restricted operating hours, which has limited sales to only a few hours a day. The impact of this has permeated through to the laborers and workers employed in these outlets with their take-home income now reduced to a fraction of what it used to be before Covid-19.

As farmers are unable to sell their products at expected prices, many are choosing to defer harvesting their stocks. Under usual circumstances, farmers tend to aim for harvesting during the month of Ramadan, which is historically one of the most lucrative periods of the year. However, with the uncertainty over the Covid lockdown and depressed market prices, farmers have been torn between fattening their fish or harvesting immediately. Extended fattening, however, is not a sustainable strategy for most farmers as it requires a fair amount of working capital. As a result, most smallholder farmers are being forced to harvest and sell their produce in this glut.

With the drop in household incomes due to the national lockdown (surveys from LightCastle Partners in early March have revealed household income declines among 60 percent and 80 percent of respondents in urban Dhaka [4] and rural Bangladesh [3] respectively), the purchasing power of the population has depleted causing the demand for staple products such as fish to decline.

Households are now rationing their expenses, with a clear inclination towards the purchase of and opting for fish with lower price range such as Pangas and Tilapia as well as carps. Consumers are also opting for fish of smaller individual sizes as their prices are lower. This is thought to be for two reasons: smaller fish of the same species generally cost lower compared to larger sized ones, and secondly, the smaller fish sizes may also reflect the rationed and reduced intakes of fish by different members of the households as a direct consequence of reduced household incomes.

Immediate and Long-Term Impact on the Fisheries Sector

Globally, the coronavirus lockdown has impacted the fisheries sector to various extents and at different stages of the supply chain. The fisheries sector in Bangladesh is unique in that it is still a highly informal and largely unregulated sector with significant market influence resting with the large number of small intermediaries and commission agents. As a consequence, the challenges to the sector arising from Covid-19 and possible remedies will also be highly specific to the local context. Based on our primary research, the following trends are likely to dictate the immediate future of the fisheries sector in Bangladesh:

The precipitous decline in consumer demand for fish have contributed to depressed pricing, forcing some of the farmers to delay harvesting their produce. Due to liquidity crunch, some farmers have been forced to sell at a much lower pricing and incurring heavy losses.

The scarcity of seed stock in the shrimp sector can be a harbinger of difficult times for the fisheries sector in Bangladesh. Fish species which do not have local commercial seed producers and are highly dependent on the catch of fries and seed stock from the wild may also see a shortage of supply in the short to medium term, which can increase the input costs for farmers. To avoid such a situation, the government should take immediate action to identify these vulnerable fish species and catalyze the import of quality broodstocks accordingly.

While farmers and farm owners, to an extent, have the flexibility to choose to sell their products at a time of their choosing to gain favorable prices or otherwise fatten their fish inventory, fishermen do not have this luxury and are expected to be worse off particularly since captured fish are considered premium, command higher market prices and will therefore likely suffer from a skewed drop in demand. In the long term, catch from natural water bodies, however, may see a slight uptick given the hiatus on fishing and improved water quality resulting from reduced industrial activities.

In the short to medium term, the farmers of high-value fish are expected to be the biggest losers as they will only see a small fraction of their envisioned returns, since consumer appetite for high-value fish is expected to take moderate time to recover even after the lockdown is lifted. Until recently, the fisheries sector had seen a major drive towards diversification of fish species under aquaculture with farmer interest focused on growing high-value fish such as Shing and Pabda. The relative decline in market prices for premium fish is likely to slow this transition towards diversification as many farmers leave the business and others scale back their operations.