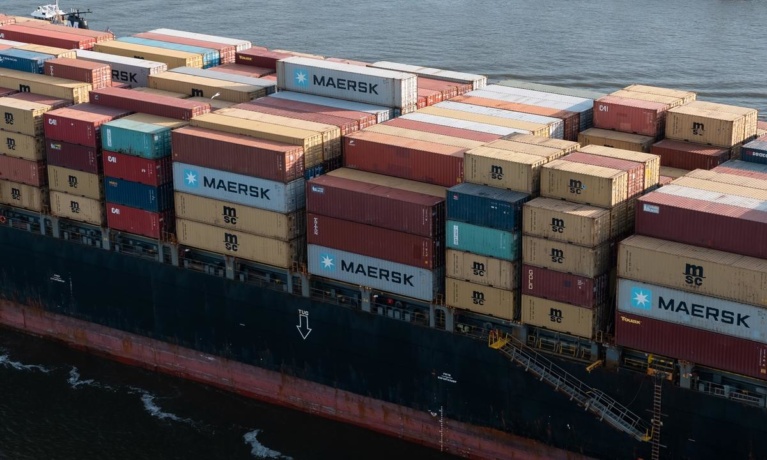 The Regional Economic Partnership Agreement (RCEP) is the world’s largest trade agreement, covering 30 percent of global GDP and 27 percent of global merchandise trade. Signed in November 2020, the trade bloc comprises 15 members, including the 10 nations of the Association of Southeast Asian Nations (ASEAN), China, Japan, South Korea, Australia, and New Zealand. The agreement is projected to increase the GDP of the member states by 0.4 percent (equivalent to USD 170 billion) by 2030.[1]

Bangladesh was neither part of the negotiations group that led to the agreement nor invited by any member states. Experts believe Bangladesh may lose exports, investment, and trade to the countries of the bloc, especially Vietnam. Both countries have had strong economic growth over the past few years and have competed in sectors such as RMG. It is feared that by joining the trade bloc, Vietnam will be able to compete better against Bangladesh.

The Agreement and its provisions

The key provisions of the RCEP agreement that will benefit the signatories are:

The agreement has provisions for service sectors, e-commerce activities, and movement of people. Projections predict that ASEAN countries are expected to earn USD 19 billion annually from the increased trade as a result of the agreement.[2]

RCEP to benefit Vietnam over Bangladesh in RMG exports & FDI

Vietnam is considered Bangladesh’s major competitor in the Ready Made Garments (RMG) sector. The Southeast Asian country is also in a position to displace Bangladesh as the world’s 2nd largest exporter of RMG; Vietnamese apparels earned USD 30.94 billion in exports compared to Bangladesh’s $28.82 billion in FY 2019-20.[3]

The RCEP Agreement can increase Vietnam’s RMG exports to member countries that may further worsen Bangladesh’s position.  Under the uniform rules of origin provision, Vietnamese RMG companies will be able to source production inputs from member states and still be able to qualify for preferential treatments.[4] As a result, Vietnam will be able to increase RMG exports by selling at competitive prices rivaling those of Bangladesh. The latter may lose its competitive edge in RMG export to major RCEP RMG importers like Japan and emerging Asian RMG importers like China as a result.

Competition with Vietnam will harm Bangladesh’s overall trade with RCEP countries as well. Some of Bangladesh’s top trading partners include signatories like Japan, China, South Korea, and Malaysia. The removal of trade barriers will definitely help Vietnam increase its exports to these countries. However, Bangladesh will not be able to enjoy such gains.

RCEP’s duty removal and rules of origin provisions can disproportionately affect domestic industries in Bangladesh such as electronics and automobile industries. Like those of Vietnam, these industries depend on countries like China, Japan, and South Korea for raw materials and thus need to pay import duties. With the signing of RCEP, however, Vietnamese electronics and automobile manufacturers can purchase inputs without duty from the aforementioned countries who are also signatories of RCEP. On the other hand, Bangladeshi counterparts will continue to pay import tariffs. This will discourage industries from setting up in Bangladesh and integrating further within the global supply chain network.

Vietnam and other RCEP countries with low labor costs comparable to Bangladesh such as Myanmar, Cambodia, and Laos will also be able to compete in Foreign Direct Investment (FDI). The uniform rules of origin provision will create a connected supply chain among the member states, multiplying the benefits to be achieved from RCEP by creating backward industrial linkage and cluster agglomerations. This linkage can be seen as attractive among foreign investors as they can source cost-effectively and sell their products to markets such as China without fear of duties.

Is RCEP a zero-sum game for Bangladesh?

Although Vietnam may gain a competitive advantage for its RMG sector against Bangladesh, the latter may not consider the RCEP an immediate threat. Bangladesh mainly exports apparel to Europe whereas Vietnam exports to Asia where the majority of the countries are now part of the agreement. Thus, Bangladesh does not need to fear losing its major market from Vietnam due to RCEP.  However, Bangladesh might lose market share in the EU as a result of the Vietnam-EU Free Trade Agreement that came into force in July 2020.

Bangladesh also does not need to worry about losing its competitive edge when it comes to exports to its major Asian trading partners, China and India, as a consequence of RCEP. India participated in the negotiations round of RCEP but backed out in 2019 as it feared dumping of Chinese imports and backlash from trade associations.  While China is a member of the RCEP agreement, Bangladesh already enjoys duty benefits to Chinese markets. Besides, China has offered duty-free and quota-free access to 8,256 Bangladeshi products – including ready-made garments, fish, agricultural products, and agro-processing products since July 2020.[5]

There is still a silver lining for Bangladesh from the increase in FDI in Vietnam as a result of RCEP. As investment in the Southeast Asian country increases, the industrial activity is saturating as the Vietnamese workforce approaches peak utilization. Therefore, the Vietnamese government has begun prioritizing FDI in high-value-added industries, such as in advanced technology and manufacturing, tourism, and high-tech farming. In line with demand for the workforce, the cost of labor is also likely to increase.[6] Bangladesh, which has established itself as a low-end RMG hub and has a competitive advantage in labor costs, can therefore retain and attract FDI.

Bangladesh may not lose much in the short term by not joining the RCEP trade bloc. However, it must consider the long-term implications of not joining. Bangladesh will graduate from LDC status in 2023 and will lose duty-free access to major trading partners including the Generalised System of Preferences (GSP) and the European Union’s Everything But Arm (EBA) facilities by 2027. The country will try to negotiate for the continuation of a GSP scheme post-2027 and is in bilateral negotiations regarding trade with multiple RCEP countries such as Indonesia and Japan. But neither the extension of GSP facilities nor the signing of the bilateral treaties with major Asian trade partners is guaranteed to happen by 2027.

To continue enjoying such preferential treatments, policymakers should look ahead and consider signing multilateral trade agreements including joining the RCEP bloc. Most of the RCEP bloc nations have been able to successfully control the current pandemic. Some of the member states such as China and Vietnam are expected to have positive GDP growth rates for FY 2020-21. On the other hand, Europe and the United States, Bangladesh’s major exporting partners, are suffering from a renewed spread and it will affect their economies for a long time. By joining the RCEP bloc, Bangladesh will be able to diversify its export market and hedge itself from the economic downturns of its conventional export partners.