Foreign Aid to Bangladesh: A Thing of The Past? 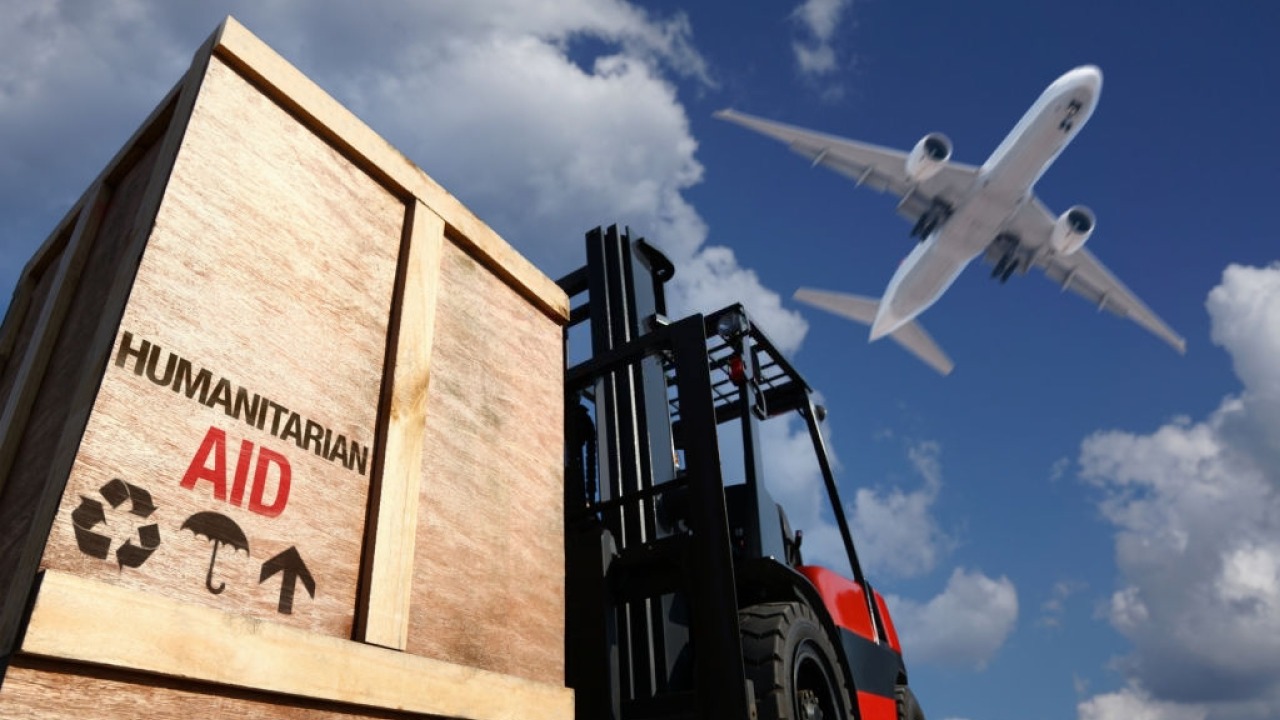 In the early trends of development aid to Bangladesh, we viewed the foreign aid trend of the country in the first three decades since the country’s independence in 1971, in the second part, we will take a deeper look into the last two decades in terms of the evolution of development assistance received by Bangladesh. As the new millennium came about, Bangladesh achieved to manage a steady average annual Gross Domestic Product (GDP) growth rate of 6.15% in the past two decades.[1]

In the last two decades as the disbursement of foreign aid increased, the annual GDP rate also increased, though there is a correlation it does not necessarily indicate causation. The new millennium brought forth new challenges for Bangladesh, during this period the aid disbursed in Bangladesh had grown significantly from USD 1,369 Mn in 2000-2001[2] to USD 7,121 Mn in 2019-2020.[3]

Social and economic indicators such as the increase in life expectancy at birth increased from 65 years in 2001 to 72 years in 2019. Along with that, the adolescent birth rate (per 1,000 women) fell from 109 in 2001 to 81 in 2019, this can be due to the efforts of reducing the child marriage rate and increasing secondary school enrollment rates from 51% to 72%. The infant mortality rate (under 5) decreased from 81.6 (per 1,000 live births) in 2001 to 30.8 in 2019.[1] As per the Centre for Policy Dialogue (CPD) Bangladesh, health aid is a significant determinant of health outcomes in Bangladesh in the past two decades.[4] Foreign aid towards health has increased from approximately USD 138 Mn in 2001 to USD 203 Mn in 2018.[2] Therefore, improvements in the social indicators can be largely attributed to the efforts of the Government of Bangladesh (GoB) and Non-government Organizations (NGOs), along with foreign aid received in sectors that improved social indicators in Bangladesh.

On average, the total net Official development assistance (ODA) has risen by USD 2,286 per annum since the year 2000,[1] the reliance on foreign aid in terms of development projects had decreased up until 2019. Almost half (48%) of the Annual Development Programme (ADP) budget was funded by foreign aid in the fiscal year 2001-02,[5] and this decreased to 32% in the fiscal year 2019-20.[6] This reflects the GoB’s relative success in mobilizing domestic resources.

Shifting of foreign aid from humanitarian aid to project aid

By the second decade of the 21st century, the need for food and commodity aid was almost non-existent. This does reflect on the production and import capability of the country, though it cannot be stated that Bangladesh has ensured complete food security. Food shortages, caused by natural calamities, in some regions are still common.

During this period, foreign aid was dominated by project aid, increasing from 90% in 2001-2005 to 100% in 2016-2020. This does follow the global trend in development assistance and has been accompanied by increasing economic and sector work.[5] The increase in policy lending cannot be quantified as the GoB maintains a specific classification system where both project and policy lending are lumped together under ‘project aid’.

Between 2001 and 2019, the highest cumulative investment by sectors was Economic Infrastructure And Services with a cumulative investment of USD 40,488 Mn, this includes aid to the Transport, Communication, Energy, and Financial Institutions among others. The second highest was Social Infrastructure & Services with USD 25,710 Mn, which includes aid to Education, Health, Water Supply and Sanitation, along with others.[8]

Figure 3 shows that among total net ODA disbursed between the period 2001 and 2020, the share of multilateral aid gradually increased especially during the mid-2000s, and multilateral aid became a major source of aid after the year 2000.

Multilateral sources have disbursed the lion’s share of foreign aid since the turn of the millennium, consistently providing over half of the total distributed foreign aid. This trend peaked around 2009-2010 when the global financial crisis occurred which vastly diminished the disbursement ability of the bilateral donors.

In 2020 net ODA received, according to Economic Relations Division (ERD), was USD 9,724 Mn of which 38% came from multilateral sources and the remaining 62% came from bilateral sources. According to the ERD, the targeted goal of foreign assistance (commitment) was set at USD 6,000 Mn for the fiscal year 2019-20.[9]

As shown in Figure 1, the amount of net official development assistance disbursed in Bangladesh has fluctuated, depending on a variety of factors, including the occurrence of natural calamities, strengthening of ties with bilateral donors, etc. Notably, Bangladesh had experienced sharp changes in aid flows in 2008, 2010, 2013, 2017, and 2019.

2007-2008: Cyclone Sidr struck the southwest coast of Bangladesh in mid-November 2007. It was a devastating storm that caused damages estimated by the Joint Damage, Loss, and Needs Assessment (JDNLA) of approximately USD 1,700 Mn. Along with that, the monsoon floods were particularly heavier than expected which resulted in the loss of agriculture products and destruction of property which is estimated to be worth USD 1,100 Mn.[11]

2009-2011: During 2007-2008 the United States of America went through the greatest financial crisis since the great depression in the 1930s. This caused a domino effect which had great implications in world policies and specifically global aid policy. Following the bankruptcy of Lehman Brothers, many European countries started to have a debt crisis, more specifically Greece and Iceland.[12] So global aid policy shifted because donor countries had to provide stimulus packages to stabilize their economy, hence the foreign aid received by Bangladesh naturally fell during the period 2009-2011.[13]

2013: The collapse of Rana Plaza and the fire in the Tazreen Fashions factory on the outskirts of Dhaka in 2013, two of the biggest industrial accident in Bangladesh, highlighted the severe lack of labor rights in the country.[14] After the initial backlash faced by Bangladesh, it was quickly realized in order to improve the working conditions of the factory worker, specifically RMG workers, foreign assistance in terms of both financial technical aid was required. The United States sent over a labor attaché to conduct a thorough investigation into the country’s labor practices and highlighted key areas of improvement. Since 2011 the Department of Labor of United States has provided at least USD 23.2 Mn on labor rights program in Bangladesh.

2017: Violence in the state of Rakhine, Myanmar, drove approximately 742,000+ Rohingya people to the Southwest region of Bangladesh.[15] Initially, various donor agencies, both Bilateral and Multilateral have stepped up to support Bangladesh to provide aid to the refugees. A total of USD 537 Mn has been sent to Bangladesh since 2017 to meet the needs of the refugees. The majority of the funding, approximately USD 115 Mn, has been used for food security while a further USD 29 Mn has been dedicated to WASH. Around 27% of the total funding was provided by the United States while 16% was provided by the United Kingdom. Among the multilateral donors, Central Emergency Response Fund provided 7% of the total aid.[16]

2020: The global pandemic in 2020 increased the flow of foreign aid in Bangladesh by 167% of the targeted foreign aid assistance.[9] Along with that multilateral agencies such as IMF and The World Bank have provided emergency loans of USD 732 Mn and USD 1,050 Mn respectively to help Bangladesh during this crisis and the United States government has provided USD 173 Mn in aid.

Technical support and policy assistance needed in the future

There has been a shift from humanitarian aid, such as providing food and commodity aid, to more projects related to infrastructure and industrial development in the past two decades. During this period, we have also seen basic social status improve in the country and a shift towards improved work conditions and workers’ rights, after the tragic incidents of Rana Plaza and Tazreen Fashions factory, highlighted the critical need to improve worker rights. Along with that, the major source of foreign aid has also shifted from bilateral to multilateral in the past two decades. Foreign aid has helped Bangladesh improve the social indicators in the country, especially in health and education, and the future of foreign aid seems to be shifting towards technical support and policy assistance.