Assessing Standard & Poor’s Rating of Bangladesh – Time to Be Optimistic? 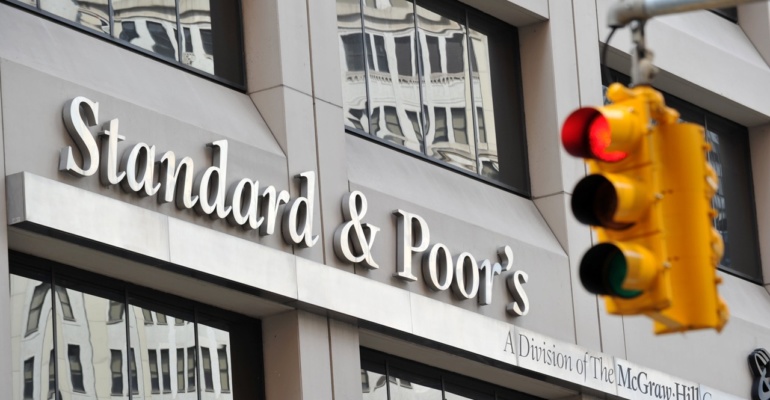 Standard & Poor (S&P) is one of the three largest rating organizations operating in the United States. The credit ratings assigned by S&P’s Global Ratings is a forward-looking assessment of an obligor’s creditworthiness concerning a particular financial obligation, a particular class of financial obligations, or a specific financial program (including ratings on medium-term note programs and commercial paper programs). It takes into account the creditworthiness of the obligation’s guarantors, insurers, or other sources of credit enhancement, as well as the currency in which the debt is structured. The opinion expresses S&P Global Ratings’ assessment of the obligator’s ability and desire to satisfy its financial obligations as they mature, and it may include an evaluation of conditions such as collateral security and subordination that may impact final payment in the case of default.

Credit ratings for issues might be either long- or short-term. Credit ratings for short-term issues are often issued to liabilities deemed short-term in the local context, typically having an initial maturity of fewer than 365 days. These are also used to reflect an obligor’s creditworthiness in relation to putting provisions on long-term commitments. Typically, S&P would provide a long-term issue credit rating to a commitment with an initial maturity of more than 365 days. However, due to market behavior, the ratings assigned to specific instruments may deviate from these standards.

This year, the global rating agency has retained Bangladesh’s long-term rating at “BB-” as the country’s resilient economy progressively rebounds from the ravages of the COVID-19 pandemic. Additionally, the agency upheld South Asia’s economy’s short-term “B” grade as the outlook continues to be benign. Albeit Bangladesh’s economy is progressively improving, COVID-19 risks to fiscal and external indicators are anticipated to linger over the next year.

Moreover, according to a statement by S&P, Bangladesh’s strong economy stands in stark contrast to the sovereign’s limited income collection capabilities, which is likely to impede progress on fiscal reform, S&P said in a statement. The statement also reads that the stable prognosis underscores their belief that the country’s robust growth potential will outweigh the dangers posed by the COVID-19 pandemic over the coming 12 months.

Bangladesh’s ratings reflect the country’s low per capita income and budgetary inflexibility. This is a result of a combination of low revenue-generating potential and high debt-service costs. Administrative and institutional contexts are always changing, posing new rating constraints and according to the agency, these variables are balanced against consistently rapid economic development and a balanced external position. This demonstrates significant interaction with bilateral and multilateral development partners, significant remittances from Bangladeshi residents living abroad, and an internationally competitive garment sector. It is expected that despite significant near-term obstacles, Bangladesh will be able to maintain above-average economic growth in comparison to its peers.

Following a real expansion of 5.5% in the fiscal year ended June 2021, the economic recovery impetus will continue building over the next one to two years. The major COVID-19 outbreak may operate as a brake on economic activity in the short term, but it is unlikely to destabilize the delicate recovery. However, S&P has also noted that there is a possibility that Bangladesh’s tightly regulated political landscape may hinder the efficacy of institutions and limit checks and balances on the government, posing risks for the economy.

Previously, the World Bank raised its growth forecast for Bangladesh and the bank now anticipates Bangladesh to grow by 3.6% in FY 2020-21, up from 1.6 percent in the Global Economic Prospects Update in January. The International Monetary Fund (IMF) also made predictions in its April 2020 edition of World Economic Outlook that the global economy will recover at a 6% growth rate in 2021, which is 0.8 percentage points higher than previous predictions. Therein, Bangladesh’s GDP is expected to grow by 7.5% in 2022, according to the report. Additionally, according to the International Monetary Fund’s recent predictions, Bangladesh has surpassed India in terms of per capita GDP in 2020-21 (IMF).

In the past, inadequate fiscal flexibility attributed to weak revenue mobilization has been identified as a major rating limitation and S&P consistently states the importance of maintaining greater fiscal flexibility to secure a higher rating. Additionally, they also cite that significant interest expenditures incurred in the financing of National Savings Certificates (NSCs) might potentially reduce the rating as well.

Overall, although Bangladesh is in a decent position considering the implications of the pandemic on economic and financial fronts, according to S&P, to further increase the country’s ratings in the future, Bangladesh must realize significant structural changes while also making sure to preserve its primary assets, especially its external profile, in order to continue reaping the benefits of growth.