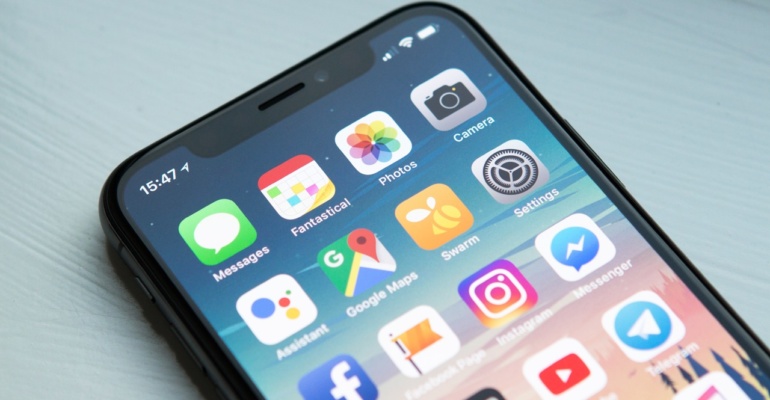 The Asia Pacific mobile ecosystem generated around $200 billion of economic value in 2020 and is expected to increase by $110 billion by 2025. [1] Like other countries in this region, Bangladesh is also being benefited from the increased productivity and efficiency due to the increased adoption of mobile services. Mobile technologies and services in Bangladesh contributed to $16 billion of economic value in 2019, which is equivalent to 5.3% of GDP. [2]

In January 2021, the population in Bangladesh was 165.5 million but the number of mobile connections was 165.8 million, equivalent to 100.2% of the total population. [3] There are around 90 million unique mobile subscribers [2] with 4G networks covering around 95% of the population. Despite having one of the highest 4G network coverages in South Asia, there is a significant usage gap of 67%. [2] That is, 67% of the population living within the footprint of a mobile broadband network do not use mobile internet.

One of the reasons behind this huge lag between 4G coverage and the share of 4G connections is the low smartphone adoption in Bangladesh compared to that of her regional peers.  It is because smartphones are a primary means of internet access and have been at the forefront of digital transformation globally.

Historically, the high cost of internet-enabled handsets was the major barrier to mobile internet affordability. Underpinning high smartphone costs was the sector-specific taxation on imported internet-enabled devices. Compared to other South Asian countries, in 2019, Bangladesh had the highest level of smartphone taxes as a share of the Total Cost of Mobile Ownership (TCMO). Besides 15% VAT, users were subject to 25% customs duty on smartphones and BDT 200 ($2.4) per SIM card. [2]

Local manufacturing of smartphones began in Bangladesh in 2017 when local electronics maker Walton started production under its brand. [4] Later, tech giant Samsung, Symphony, and other global brands started manufacturing in the country.

An effective price gap of 15-26% between imported and locally assembled smartphones bolstered local manufacturing of smartphones and the replacement of feature phones by smartphones. [4] With smartphone prices going down, those with lower incomes can also afford high-quality mobile handsets. Thus, once 100% import-dependent, Bangladesh is on track to becoming self-reliant in smartphone production, as the plants import small parts and assemble the handsets.

According to Bangladesh Mobile Phone Importers Association (BMPI), the mobile handset market in Bangladesh is worth over Tk 100 billion or roughly $1.2 billion. The annual demand for mobile handsets is more than 35 million, of which 11 million units are smartphones. [6] As of January 2021, local manufacturers can meet almost 80% of the local mobile phone requirement. The sector has generated more than 15,000 jobs. [6]

To encourage local manufacturing and assembling of smartphones and attract foreign investment, the Government has taken steps through its “Made in Bangladesh” program. Foreign phone brands are incentivized to enter the country by increasing tariffs on imported handsets, collecting lower duties on component imports, and exempting consumer purchases from the country’s value-added tax.

Before 2017, the cumulative taxes on imported machinery for smartphone manufacturing and assembling stood at 37.07%. The Finance ministry revised taxation regulation and set the Cumulative tax for phones locally manufactured using a Complete Knock-Down (CKD) process lowest at a rate of 1%. Local assemblers following a Semi-Knock Down (SKD) Process, have a cumulative tax rate of 10%. [7]

The National Budget for the FY 2021-22 proposed extension of the existing VAT exemption facility on manufacturing and assembling of mobile phones up to FY24. [8] The existing tariff rate for supplementary duty for imported feature phones is 10%. It has been proposed to increase it by 15% to 25%. [8] Another measure, yet to come into effect, is blocking buyers of smuggled phones from registering their devices on local networks. This will reduce the illegal import of handsets into Bangladesh and incentivize local manufacturers. [4]

There are 8 hi-tech parks in operation in Bangladesh, and the government plans to open another 8 parks by the end of 2021 to support the local manufacturing industry and tap into Tk 12 billion investments by 2023. [9] Global and local smartphone manufacturers are given priority while allocating space in these hi-tech parks.

The parks provide various special Incentives to investors like exemption of: VAT; stamp duty on the deed registration; duties on importing capital Equipment and construction Materials; income tax on dividend, share transfer, royalty, technical fees for investors; and so on. [10]

In the latest Mobile Economy Asia Pacific report, GSMA predicted that by 2025, 80% of the mobile phone users in the Asia Pacific region will have smartphones, up from the present 68%. In Bangladesh, the smartphone adoption rate will reach 62% from the current 41%, and Bangladesh will add 19 million new mobile internet users. [1]

The projected surge in demand for affordable smartphones as well as the investment-friendly environment in Bangladesh has made local manufacturing of smartphones a lucrative business opportunity. Many international brands like Nokia, Samsung, and Vivo are increasingly setting up manufacturing ventures in Bangladesh to avoid the South Asian country’s high import tariffs and get direct access to its large and growing population.

Bangladesh historically has had a low FDI inflow, which further dropped by 10.8% to $2.6 billion in 2020. [11] Of the reasons behind such decline, one is the highly concentrated investment in the garments industry. The smartphone industry has a high potential to attract FDI and is a promising investment alternative for faster recovery.

Recent Investments in the Sector

Smartphone giant Xiaomi has recently begun smartphone assembling in Bangladesh at its new Gazipur factory. The factory set up with $10 million in Foreign Direct Investment (FDI) under the “Made in Bangladesh” scheme will assemble 3 million units of smartphones annually. [12] Finland’s Nokia is also ready to make its move. Union Group is the local conglomerate that will make Nokia phones under contract with HMD Global and is aiming to start producing 500,000 handsets monthly soon. [4] Walton Hi-Tech Industries is going to invest 6.5 million USD at Bangabandhu Hi-Tech City. MacTel Ltd will invest 6 million USD to acquire 1.37 acres of land for assembling smartphones. [13]

These FDIs in addition to creating new employment opportunities have significant export potential after meeting local demand. Walton has already dispatched its first shipment of assembled phones to the US and Nepal.  Fair Group, the local conglomerate that assembles Samsung phones is also eyeing the foreign markets. [4]

Smartphones are an integral part of the mobile economy. The more people have access to smart devices, the more they will be able to tap into the endless possibilities of digitization. This is crucial to realize the objectives of Digital Bangladesh and support progress with the 2041 Perspective Plan and the SDGs.