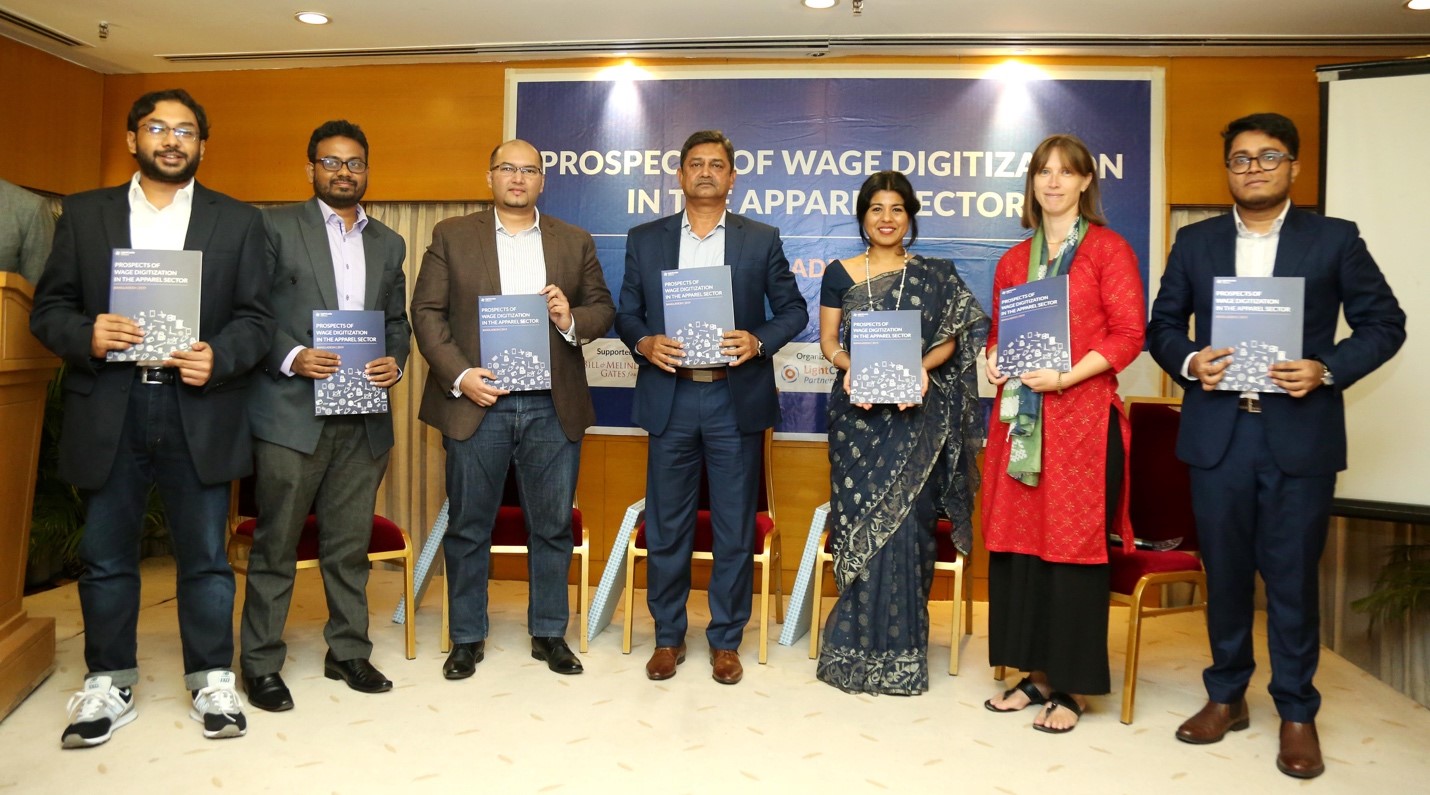 LightCastle Partners launched a new study on Sunday, July 21 titled, “Prospects of Wage Digitization in the Apparel Sector | Bangladesh 2019” at the Six Seasons Hotels in Dhaka. The study was supported by The Bill and Melinda Gates Foundation.

The event also focused on a case study prepared and presented by Mashook Mujib Chowdhury from DBL group. Key highlights of the report were shared by the team leader of the project, Mr. Rageeb Kibria, Senior Business Consultant and Project Manager at LightCastle Partners.

Key findings from the report:

If you want to get access to a soft copy of the report, please go to the following link: https://databd.co/reports/prospects-of-wage-digitization-in-the-apparel-sector-bangladesh-2019