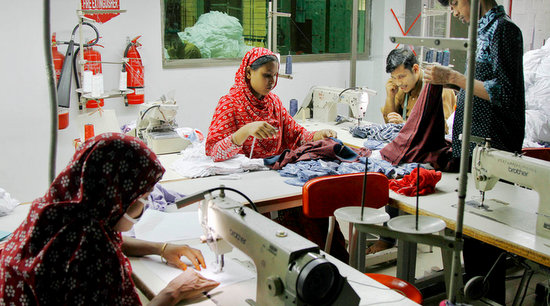 Bangladesh is prone to disasters. We suffer the most as a nation because of calamities – be it natural, industrial and even manmade. Possible ramifications of such catastrophes include, but are not limited to, casualty in large numbers, permanent mental disorders, and displacement from employment, loss of family unity, breakdown of established infrastructures and a host of negative externalities. Combination of all these culminates in a huge blow to the economy, often times leaving the nation reeling.Only recently, the disastrous Savar incident rendered an indelible mark on Bangladesh’s collective conscience. The ill-fated accident has claimed lives of 1,132 garments workers; left 370 maimed and disabled some for life. What’s more unfortunate is that this dreadful incident is the latest in a series of deadly accidents in the recent past, particularly adversely impacting the lowest rung of our socio-economic demography.The repeated instances of accidents of such magnitude are attributable to our country’s culture of impunity. Although there exists laws for ensuring adequate punishment for these culprits, implementation of these laws remains a headache. There are several factors primarily responsible for the building’s collapse. The owner of the building, a politically influential individual, had flouted the law by not adhering to building construction code, when he constructed the nine storied building with permission for six stories only. Earlier, he had illegally occupied and filled up the building’s land for making construction efforts. Allegations have been made regarding his negligence during piling and construction of the building’s base too.Additionally, newspapers reports have alleged tacit collusion of several local government officials who have silently supported such blatant irregularities by refraining from undertaking necessary legal actions. The responsible RMG owners have their fair share of blame as they had forced their workers to attend work, despite emergence of deep cracks on the building’s walls the previous day.The Savar accident was an eye opener for both local and international community who were distraught by such heavy loss of lives. Outpour of grief and goodwill followed and attempts were made sporadically to ensure livelihood of the victims and their families. Despite the best of intentions, many efforts fell short due to the short term focus of these plans.Given this context, the challenges that confront us today are immense, complex and disparate. On top of that, widespread blatant disregard for an entrepreneurial psyche, disdain of self-employment opportunities and lack of a sustainable post disaster establishment emerge as the three most important symptoms of our inherent social problems that are much bigger.RMG with a projected earning of USD 23 billion in 2013 contributes to 81 percent of national export. The industry employs 4.4 million workers, 80% of them female and helped achieve many millennium development goals. Approximately, 20 million people are dependent on the industry.Post the Rana Plaza fiasco, massive safety efforts have been taken by BGMEA, GOB, ILO and buyers through NAP, Accord and Alliance to ensure workplace safety. In fact, in May 2013 two global unions (IndustriALL, UNI Global) and international brands and retailers signed safety accord and in July 2013 the Labor Act 2013 was passed, amended with more favorable provisions for the workers including formation of Trade Union. In November 2013, the standards for structural, fire and electricity safety was developed by BUET and harmonized with Accord and Alliance stipulations.The minimum wage was also declared in 2013 resulting in a 77% increase and in February 2014 Accord, Alliance and BGMEA jointly hosted the safety exposition. As of March 2014 Alliance has started factory inspection and the publicly accessible database has been launched.US GSP facility which was suspended on June 2013 with 60 days’ notice effect will be reviewed in mid-2014.The industry as a whole has moved on to reformation mindset and have partnered with global brands, labor unions, development partners to ensure safety and sustainability of the industry.Safety Initiatives and Commitments by the Industry Players* NAP (National Tri-partite Action Plan) on Fire, Building and Electrical Safety has been adopted on July 2013 with assessment due at end of 2014. This is being implemented by BGMEA, BKMEA, BEF and Labor Representatives.* Bangladesh Accord on Fire and Building Safety has been adopted on July 2013 with inspection due on September 2014. 150+ brands (EU intensive) have already become signatories covering 1800+ factories employing 2 million workers.* Alliance for Bangladesh Worker Safety (AFBWS) has been adopted on July 2013 with inspection due on September 2014. 26+ brands (USA intensive) have become signatories covering 700+ factories employing 1.3 million workers.* Sustainability Compact – Signed by GOB, EU and ILO on July 2013. The inspection deadline for factories is by June 2013.* Bangladesh Action Plan – Declared by USTR, USDOL, US State Department on July 2013 to be implemented by April 2014.Rehabilitation Efforts for the Rana Plaza VictimsBGMEA has provided employment for the displaced worker of the 5 garment factories located in the vicinity of Rana Plaza. Rehabilitation efforts with the injured workers are also in progress with ILO and BRAC. A support program will also start for an additional 250 survivors. Additionally, BGMEA is in coordination with CRP, HOPE Bangladesh, CDD and BRAC to provide medical assistance. ILO also has declared a USD 40 million funds for the victims, though much of that still remains unsubcribed.So far BGMEA has contributed USD 1.85 million cash support to the victims.Challenges for the Industry in terms of implementation of Safety StandardsDue to the heightened regulations and safety guidelines, several small and medium factories may face closure, this may be driven by the fact that 30% of the factories are in shared facilities and 16% on converted buildings where stan
dards are harder to implement. Additional investments would be required for retrofitting, renovation and relocation of factories. On top of this scarcity of new gas/electricity lines, cost of land/high rental expenses and high financing costs makes relocation harder as well. Closure of any factories would result in unemployment and decrease competitiveness in the global market.Competitiveness of the Bangladesh RMG IndustryConsidering raw materials make up 80% of the costs, Bangladesh RMGs on average maintain a 20% contribution margin. Of this 14% account for wages. This mix gives a competitive advantage to drive global buyers. Additionally, market access benefits in EU, Canada, Japan and Australia.The below is a snapshot of the competitive scenario:

Way Forward for the IndustryRMG as an industry will go through major transformation especially to abide by building codes and compliance with environmental and labor standards. This would result in an expected 1,000+ factories to be relocated (source PRI). Of the rest around 3,000 factories would need renovation to comply with the standards.However, Sustainability of the sector will depend on the following factors:* Moving up the value chain and create more high value products. This would be driven by better design and fashion intelligence. However to ensure this it would be imperative to develop local Fashion Institutes with liaison with the global players.* Developing own “Bangladesh-based Brands”. If this brands can be marketed internationally this would result in greater share of the value chain.* Technology enhancement to better manage efficiency and quality control* Skills development across the board (leadership team, factory management and workers)* Maintain the highest level of safety, compliance and environmental standards and co-relate them to higher profit and sustainability.Additionally, the compliant factories have to be consistently rewarded in terms of recognition and support to market linkages, so that businesses are motivated to run with high safety and environmental standards. Buyers should also focus on sourcing from such factories even if it means paying a certain premium.By 2015, RMG exports are projected to reach USD 30 billion and by 2020 the industry is expected to reach USD 50 billion. In the process they would employ 8 million workers – most of which would be women which in turn results in huge socio-economic externalities and help to take Bangladesh out of poverty and into the club of the middle income economies. Hence it would be imperative to focus on proper sustainability of the RMG industry from all spheres.
————————————————————————————————————————————————————-
Mamun Rashid: Economic analyst and Vice Chairman, Financial Excellence Ltd and Bijon Islam; Director – Strategy, LightCastle Partners

Bijon Islam is specialized in business model development, financial structuring and inclusive business design with 10+ years of experience in corporate/ investment banking (with Citibank, N.A.), private, development and public sector consulting. Co-founder and CEO of LightCastle, one of the country’s fastest growing consulting firm with 100+ projects in 3 years and social ventures like www.pujeebd.org and www.thepitchperfect.com