THE CURRENCY CRISIS: ARE WE RIDING THE SAME BOAT AS THE RUPEE? 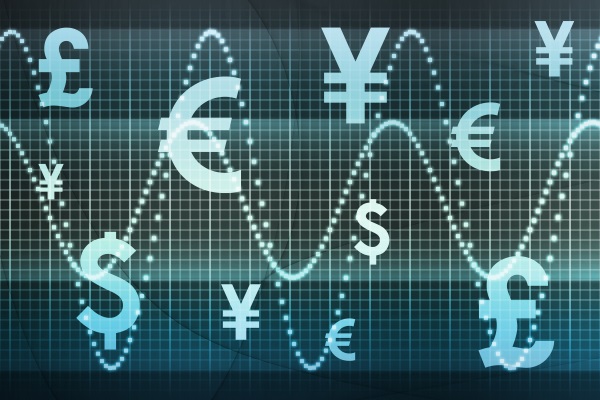 For much of 2013, the Indian rupee experienced what can only be termed as a “nose-dive”. Since January of 2013, the rupee lost over 20% of its value – a fall which exacerbated in the May-August period with the currency losing around 13% of its net worth. The summer saw a free-fall of the rupee from 52 per dollar (in early May) to a record low of 68.8 per dollar by the last week of August. As a result, when the rupee hit its new bottom on August 28th, the central bank injected dollars through the banking sector to oil -importing companies which are the country’s biggest consumer of foreign exchange reserves.
In a comparison with Bangladesh, the Taka appreciated by approximately 5% from January to August of 2013, and had broadly exhibited stability in stark contrast to its Indian counterpart’s massive fall during the summer. The scenario for both economies does not look like a fluke, nor does it seem like altering sharply any time soon. With this in mind, it’s imperative for the Bangladesh to dissect the factors which brought about the crisis in India. For sustainable economic progress, we need to identify whether we too are vulnerable to such an exigency, why we have so far managed to avoid a similar scenario and what we can learn to ensure that we do not fall prey to such macro-economic calamities.

A Deadly Deficit
Over the years, the Reserve Bank of India has been relaxed about running a current account deficit. The country has gotten used to the lethal habit of spending more than it makes and trade deficit had linearly worsened from 6% of GDP in 2006-2007 to a whopping 10% in 2012-13. Inevitably, current account deficit slumped from 1% of GDP to 4.8% of GDP during the same period. Soaring crude oil and fertilizer imports, coupled with doubling coal imports in the last two years fueled imports. But on the other side of the coin, lack of diversified destinations hindered substantial growth in exports and inevitably paved the way for the widening gap.
A peek into Bangladesh current accounts reveals a happier story. For the last 5 years, Bangladesh maintained surpluses or very modest deficits riding on steady growth in exports and remittance and overall control in imports. Trade deficit stood at a meager 5.8% of GDP at the end of 2012-13. As a result, the economy stood on a Current Account surplus of 2.5% of GDP at the end of FY 13– thus indicating that at least from this perspective of currency crisis, we are for now on safer terrain.
“Short-sighted” Short-Term Borrowing
Back in India, with persistently rising Current Account Deficit, the central bank had increased its dependence on foreign borrowing to fund the steadily rising deficit. The country’s external debt rose by USD 44.5 billion (to a total of USD 390 bn) in 2012-13, with short-term debt rising to USD 172 billion, or 59% of FX reserves, from USD 147 billion in the last one year. The rise in short-term debt was primarily brought about by an exponential rise in short term trade credit which jumped to a new high of USD 21 bn in FY 2012-13 from USD 4.3 bn at the end of FY 2011-12. As these obligations were settled, the economy’s supply of foreign currency started depleting and instigated the depreciation of the local currency. Therefore, the Indian economy did not fully comprehend overall long-run implications of excessive short-term borrowing from foreign sources to fund the current account deficits. Ultimately, it has had to pay the price for this short-shortsightedness.
Bangladesh, on the other hand, has maintained a constant external debt-to-GDP ratio of 20% ratio during the last 5 years. With a current account surplus, similar borrowing was never necessary and thus the economy has remained free from a similar debacle.
The Dollar’s Resurgence
In 2013, impressive performance of US equities and improved labor market conditions renewed optimism about the US economy. With the Federal Reserve considering tapering of asset purchases at times when their European counterparts were pondering over more rigorous monetary easing, the dollar looked increasingly like a formidable sanctuary. Naturally, investors started reallocating their assets from emerging economies to the major powerhouse.
The Indian economy received in excess of USD 30 bn in Net Foreign Direct Investment consistently for the last 5 years. But, the first half of 2013 showed a drastic reversal in investor sentiment. Foreign institutional investment in India went down by approximately 36% in the first 6 months of 2013, with net foreign investments amounting to a mere USD 9.3 billion. This unhappy scenario was brought about by institutional investors pulling out capital of over USD 7.4 bn from the Indian debt and equity markets. It does not take a genius to guess where most of this capital has been re-allocated. Foreign investors increased their holding of US corporate bonds by about USD 12 bn in the January-May period of 2013, whereas they had actually pulled out over USD 26 bn in the same period of 2012.  Thus, with capital flowing back to the US economy through enhanced confidence, depreciation of the Indian currency was always inevitable.
A similar comparison with Bangladesh reveals that the country has averaged a meager USD 1 billion of net foreign investment for the last five years. Therefore, the real reason as to why Bangladesh had not fallen prey to the same exigency as India is simply because of the trifling amount of foreign investment that we have in our country. It is not because the economy looks more of a fundamental fortress, but simply because we essentially did not have any substantial investment to lose in the first place. Thus, in crude terms, Bangladesh managed to avert a similar crisis simply out of sheer luck.
What are the takeaways for Bangladesh?
Our overall comparison of the major factors reveal that while inadvertently we have so far avoided a similar currency crisis, we are not invulnerable to such devaluations. We were more favored by luck rather than judiciousness. There are several important macro-economic measures that the country must ensure to avoid this scenario. First and foremost, running a current account deficit has to be within controllable limits. While we are sitting on a comfortable surplus of 1% of GDP till April 2014, the scenario may not always be this rosy. Rise in imports, either through petroleum imports, industrial raw materials or capital machinery, may reduce this surplus or may even give rise to a deficit – especially in the wake of falling remittance. However, what is imperative for Bangladesh is to avoid financing current account deficits with foreign short term borrowing. Instead, using domestic capital, such as debt-securities, national savings certificates or the capital market can serve as better alternatives to raising the fund necessary in such situations. As the tale of the Rupee suggests, this deleterious initiative can lead to catastrophic currency fluctuations.
Eventually, it is the central bank and the overall financial system which has to consistently monitor these macro-variables and be able to predict possible threats in the future. Only, then can Bangladesh become resistant to external shocks and changes in equilibrium demand-supply of assets, and achieve long run stability of its currency.