Market Insight: How the Bangladesh Pharmaceutical Sector is Performing in 2015 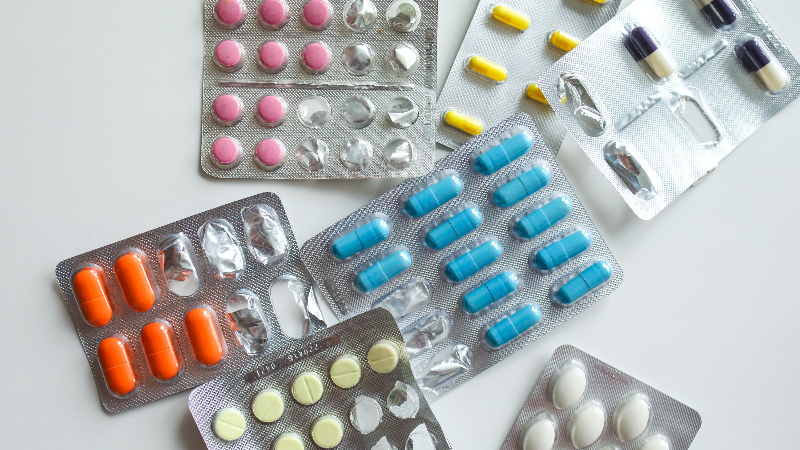 The Pharmaceutical sector is one of the most developed among the manufacturing industries in Bangladesh, although it is still small compared to other comparable sectors. The increase in awareness about healthcare, higher income, and increasing government expenditure have resulted in higher demand for medicine.
The Drug Policy of 1982 has helped the industry grow by 65 times from BDT 1730 million to BDT 113 billion now, according to the IMS report of 2014. In 2000 there were 173 active and licensed allopathic drug-manufacturing units in the country, while the figure now stands at 300 now.
According to the Directorate General of Drug Administration (DGDA), there are currently 200 active allopathic companies in Bangladesh. About 22,000 brands of drugs are sold which cover 1500 types of medication. There are 1495 wholesale drug license holders and about 37700 retail drug license holders. The industry meets 98% of the demand for medication in the country and can be considered to be self-sufficient.
The sector employs 1,15,000 workers and between 2013 and 2014, the growth stood around 11.37%. According to IMS Health, annual pharmaceutical sales in the local market may reach BDT 160 billion within 2018.

The industry is also exporting abroad. Currently, formulations are exported to 92 countries around the world. The major destinations for Bangladeshi medicines are Myanmar, Sri Lanka, and Kenya, while nearly 50 countries import Bangladeshi medicines regularly. The growth in exports has averaged over 10% from 2010 to 2014. In 2015, the exports were over $ 41.17 million. Pharmaceutical companies are trying to export to regulated, unregulated, and moderately regulated markets.

The domestic market is highly concentrated and competitive. The local manufacturers dominate the industry capturing a market share of 90%. While the multinationals cater to the remaining demand. According to IMS Health, the top 10 companies hold 68.5% market share, the top 20 hold 85.73%, and the top 31 hold 94.1%, while the remaining 169 companies shared 5.9% among them.
Square Pharmaceuticals led the industry with a market share of 19.21%. Incepta and Beximco took 2nd  and 3rd positions with market shares of 10.42% and 8.47% respectively.

MNCs
Although a number of MNCs are operational in the Bangladesh market, no MNCs are in the top ten in terms of domestic sales. Out of the top fifteen pharmaceutical companies in Bangladesh, only two players are MNCs. Among the MNCs, Sanofi has the highest market share while Novartis has the highest growth as of 2014.

Backward integration
Due to a lack of backward integration, the sector is at a competitive disadvantage, as pharmaceutical players still have to import 90% of raw materials from 98 indenters around the world. Most APIs or their raw materials have to be imported from countries like China, India, Korea & Italy. This generates higher factor costs which can be up to 30-40% of the cost of medicine. The API Park which was supposed to be established has been delayed due to various problems like rising production costs, slow gas connection, and slow handover. The manufacturers are also concerned about their capability to shift their entire production to the API Park. For many APIs, The domestic market is too small to justify an API manufacturing plant other than the reduction of cost. Although the companies have the technical knowledge to produce APIs, there is not enough demand in the market. This means that once the API Park is established, we would need to export the additional products abroad. Export channels need to be set up now.

According to the Agreement on Trade-Related Aspects of Intellectual Property Rights (TRIPS), all signatories are bound to incorporate 20-year product patent protection for pharmaceutical products in their domestic legislation. Currently, a total of 48 LDCs, including Bangladesh, are not obliged to enact legislation on product patent rights till 2016. TRIPS provided Bangladesh pharmaceutical firms with patent-free production rights domestically until 2016 and limited exporting advantage. A major challenge to the current scenario could have been the expiry of the agreement. But on November 6, 2015, the TRIPs Council meeting approved the extension of the transition period for pharmaceutical products for least developed countries till 2032. Bangladesh secured additional protection for LDCs, including an additional waiver as well as the previous waiver.

The ability of the Bangladeshi drug industry to manufacture drugs for all kinds of needs is beyond doubt. While some manufacturers are already able to produce world-class quality drugs, others would require considerable assistance to be able to reach that target. Bangladesh is a natural candidate to supplement or substitute other international manufacturers in the developing country markets of both finished drugs and APIs. In order to maximize growth, pharmaceutical players need to set their sights in the global market.