Impact of Coronavirus on Livelihoods: Low- and Lower Middle-Income Population of Urban Dhaka 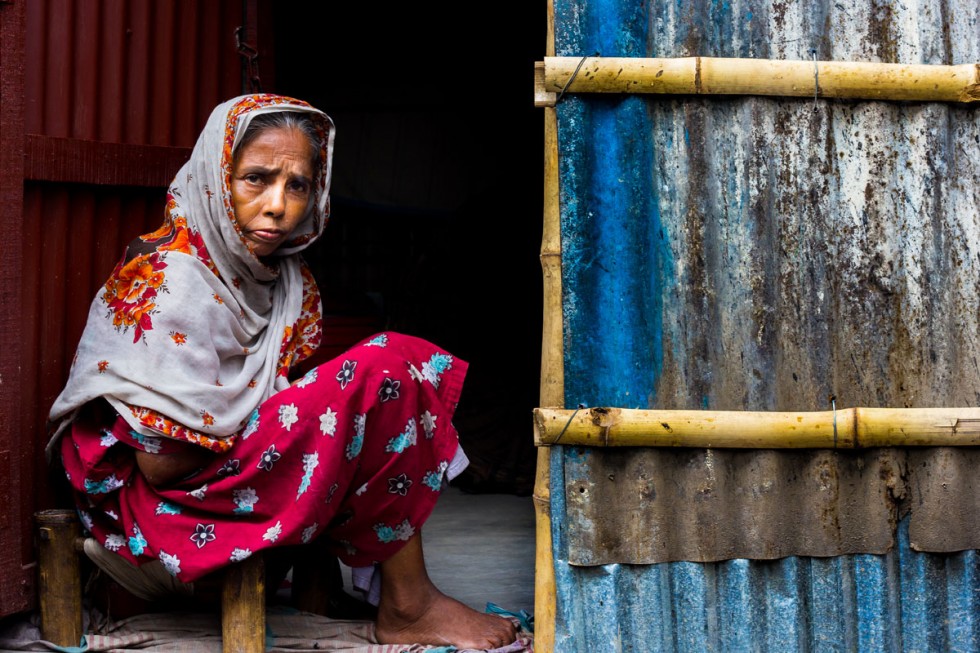 LightCastle Partners conducted a study, between the 5th and 7th of April, 2020, in order to understand the impact of Covid-19 on the livelihood of the Low Income Community (LIC) and Lower Middle Income Community (LMIC) of the working population in Urban Dhaka. The primary research was conducted across three major LIC and LMIC clusters in Dhaka metro and greater Dhaka division. A total of 113 respondents, employed in Dhaka Division and residing in LIC and LMIC communities, were reached out via phone calls and the responses were recorded in order to evaluate the impact on livelihood and formulate recommendations to elevate the most vulnerable group from this economic calamity.

Impact of Coronavirus on Livelihood

Bangladesh witnessed its first official case of Covid-19 casualty on March 8, 2020. Similar to other global counterparts, Bangladesh opted for official lockdown from 26th March 2020 as a measure to contain the spread and restrict communal transmission.

While much of the service sector can take advantage of work-from-home arrangements, the lockdown has obstructed the livelihood of 85% of the country’s working population currently employed in the informal sector. Lack of proper employment benefits and compensation structure for these workforce members make them the most vulnerable group during this national economic shock. The majority of these workers belong to the low income and lower middle income brackets and most of them make just enough to cover their living expenses while residing in the urban peripheries. Hence, a loss in employment or income would directly impact the livelihood of these urban LIC and LMIC workers, exposing them to the detrimental effects of this economic downfall and pushing them to the point of no recovery.

According to the study, the mean age of respondents was 35 years and the average monthly income per household prior to Covid-19 was found to be BDT 20,193. Each income earner was found to support the lives of approximately 3 dependent family members, and 54% households had only a single income earner in the family. The study covered respondents from various professions, with more representation of RMG and manufacturing sector workers employed in greater Dhaka North (Gazipur, Ashulia) and greater Dhaka East (Narayanganj). Respondents in Dhaka Metro (Mirpur, Tejgaon, Korail)  were primarily from the services sector including domestic help, retail staff, restaurant staff and office support staff among others.

Declining incomes across the board are putting pressure on household spending

Across the board, households had seen a 29% decline in income due to Covid-19, and the largest drop in income was noted in Dhaka Metro area at 34%. 6% of all households had lost their full income within the first ten days of government lockdown and 50% of households had lost at least one-third of their income due to the Covid-19 crisis. Public transport workers were the worst affected among the major professions, having lost more than half of their income since the Covid lockdown. 42% of respondents indicated that Covid-19 had not impacted their incomes at the time of study and none had indicated an increase in their household income since the Covid lockdown.

Prior to the Covid-19 lockdown, 11% of households were found to save on a regular basis, while 38% of households had sent remittances to their home districts. 19% of respondents had loan repayment obligations. Out of an average BDT 17,273 spending per household, food and rent made up the largest spending categories. Residential service workers (including domestic help and caretakers) and Industrial and Technical workers were the least regular savers but at the same time they had to remit a significant portion of their income, making the extended families of these two professions in rural areas particularly vulnerable to financial shocks emanating from Covid-19.

Large fluctuations were seen in the pattern in food spending (the largest of spending categories), where 40% of households had reported an increase in food spending after Covid-19, attributed to inflated food prices and 32% other households who had reported lower expenditure of food which was a conscious decision arising from the consequences of reduced household income. Healthcare spending, at the time of survey, had not varied significantly due to effects from Covid-19. Transport and education expenses had, on the other hand, seen a massive drop due to the effects of Covid-19 lockdown.

Heading to home districts is not a viable option for most

Retreating to their home districts, which is usually the solution when the going gets tough, is no longer an option for most as a combination of the transport lockdown, uncertainty over resumption of workplaces, lack of alternative income opportunities back home and better hopes of receiving aid in Dhaka has kept almost 88% of workers and their families in Dhaka, with the remainder having moved back to their home districts. It was found that among households who recently lost all of their household income, one third of families had already moved back to their home district. Among those who had migrated or were planning to do so in the immediate future, the clear majority of them were either residential service workers or industry/technical workers; this might be attributed to employers giving them paid leave. As a whole, service sector workers indicated the least willingness to migrate in the short term.

Lockdown is difficult to sustain for most households, made worse due to low penetration of safety nets

An overwhelming majority of households were found to be aware of the correct preventative measures of Covid-19, highlighting the combined role of the media, government and word-of-mouth in propagating information. It was found that only 19% of households had been reached through some in-kind support, with the remainder staying out of support safety nets. Where individuals did receive support in greater Dhaka, individual donors were by far the largest source of support for the low-income community members, which is in contrast to Dhaka Metro, where most of the support came from Local MPs. It is concerning that NGO and employer (mostly from the private sector) support had been more prominent than any formal assistance from the central government.

The government and development sector should step up their role

At a time when households have lost approximately a third of their earnings and are outspending their incomes, government assistance is more important than ever to help such households stay afloat. In particular, the government should join forces with development agencies based on specialization and work closely to reach the last mile beneficiaries and ultra-poor population. Together, they could collaborate with workers’ associations to create databases of vulnerable groups and mobilize support funds accordingly. Alternate Government to Payment (G2P) channels, via DFS, could be expanded to ensure direct cash assistance for beneficiaries. Given the breadth of the government support stimulus, the government should take steps to protect blue collar jobs by encouraging companies to retain their employees, in lieu of receiving benefits from the stimulus package.

For those who have lost their jobs, the government and development partners should introduce alternative livelihoods and skills development opportunities Arrangements could be made for safe outbound movement for the unemployed workforce and redirect them towards temporary work for the upcoming agricultural production season. Micro Enterprises are particularly vulnerable in this time of crisis and in order to survive, they should be directed towards support services for capital replenishment, particularly the MSMEs who are outside the purview of the banking system.

Last but not least, the government should extend rent and utilities amnesty to residents of urban LICs by indirectly compensating landlords thus reducing the burden somewhat for these tenants who are close to insolvency, an example which has been followed in many other cities globally.