What’s Next for The Dairy Industry? 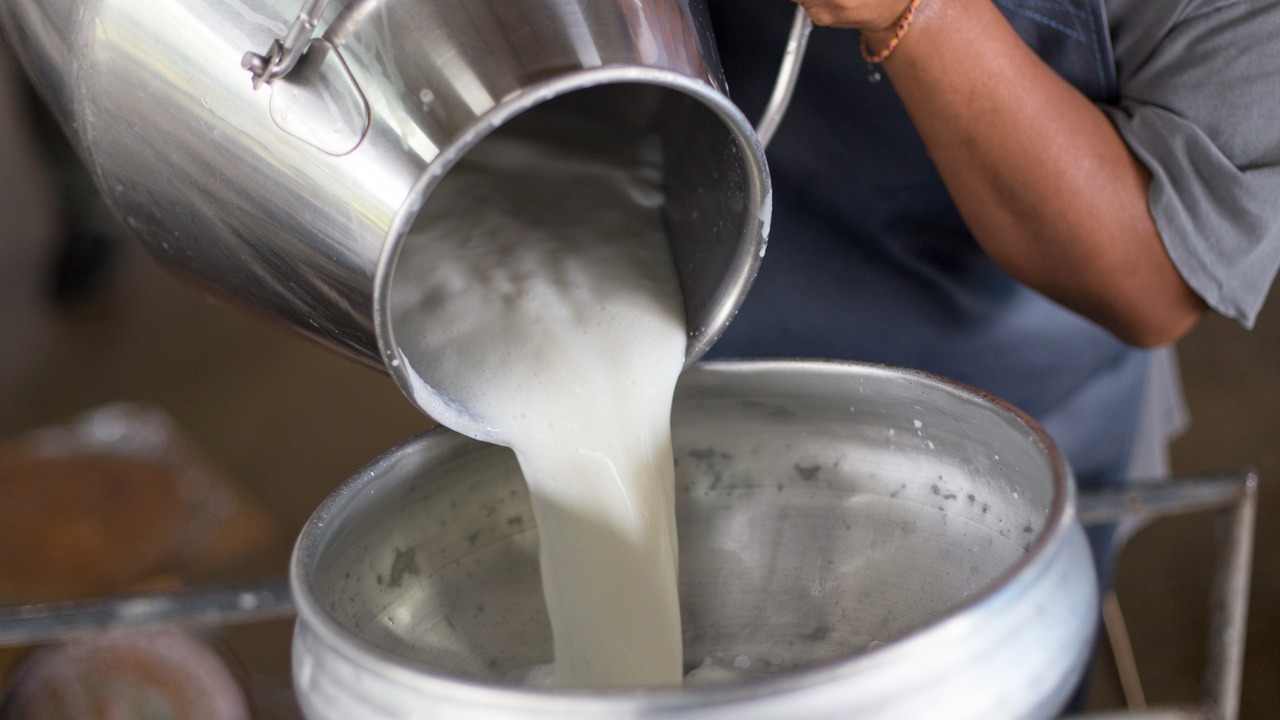 The dairy sector in Bangladesh has experienced steady growth in the last few decades despite constant challenges. From its humble beginnings as a cottage industry not too long ago, the dairy industry in Bangladesh has evolved with the emergence of multiple home-grown industrial processors. In the context of an economy that is still dependent on agriculture at large, the dairy sector can add great value in terms of creating employment opportunities, establishing food security, and supplying protein to the meals of people. Although Bangladesh is yet to reap the benefits of a mature industry from this sector, it holds immense potential to contribute to creating economic value at the national level.

However, the industry is still riddled with problems that are holding it back from realizing its full potential. In terms of per capita milk consumption, Bangladesh stands near the bottom of the global list. Regionally, per capita milk consumption in South Asia is one of the lowest in the world. As it combats a perpetual supply deficit in the market, the dairy industry in Bangladesh looks to advance towards self-sufficiency.

According to the Department of Livestock Services of the Government, milk production in Bangladesh amounted to 10.68 million metric tons in the 2019-20 fiscal year. Between 2010 and 2020, the domestic production of milk has grown five times, with a CAGR of 16.25%. [1]

The growth in production in the last ten years has been fairly linear with a few spikes. The largest growths were observed in the years 2012 and 2016. Various factors including the introduction of efficient methods, zoological factors, the advent of industrial processors, etc. appear to have expedited the growth in milk production in Bangladesh.

While the primary product in the market is liquid milk, various milk derivatives including cheese, milk and cream, milk oils and fats, curdled milk and cream, butter, ice cream, yogurt, etc. constitute the market. There are different variants within the liquid milk segment as well. Flavored milk is one of the popular variants in the market, which largely depends on imported ingredients to be processed.

Despite the increase in production, the industry has not been able to fulfill the domestic requirement yet. Currently, the per capita availability of milk stands at 175.63 ml/day whereas the minimum recommended daily intake is 250 ml. As opposed to the current supply of 106.80 lakh metric tons, the demand for milk in the market stands at 152.02 lakh metric tons.[1]  This shortfall implies that self-sufficiency in the dairy sector is still outlying.

The value chain in the Bangladesh Dairy industry can be primarily divided into two models: the informal Traditional Markets Model and the Formal Processed Market Model.[2] The dairy sector in Bangladesh is making its shift towards achieving scale through the growth of industrial processors of dairy products. However, the lion’s share of the total domestic production of milk is channeled through informal trades. As IFCN reported in 2019, the industrial processors can collect only 9% of total milk production, and 91% is traded informally.[3]  In the informal portion of the market, the milk directly goes to consumers from farmers. In the formal division of the market, various models are followed including the cooperative model where the farmers contribute to the cooperatives that channel the milk to industrial processes to ultimately reach the consumers.

Currently, the overall scenario in the industry is not very profitable for industrial processors. According to Milk Vita, the entity is incurring higher costs per liter than what they can charge for it. Despite the high demand in the market, the financial attractiveness of formal dairy farming is not there, primarily because of the high processing costs.

As it is mentioned earlier, the market is mainly divided into formal and informal sections. The market structure is similar to an oligopoly, being dominated by a handful of major players. The market leader in the industry is Milk Vita with 40% of the market share. Founded in 1974, the government-run cooperative organization is the pioneer of formal milk processing in Bangladesh. Milk Vita is followed by BRAC’s Aarong and Pran with 24% of the market each. Pran is the fastest growing among all the market players and the leader in terms of producing UHT milk in Bangladesh. Farm Fresh, a concern of Akij Food and Beverages, holds 2% of the market, which is followed by some other minor players.[4]

Major Challenges in the Industry

Despite the huge demand and growth potential, the advancement of the industry is impeded by several challenges in the ecosystem:

Although the livestock and poultry sector as a whole received a bigger allocation of the Government Budget of FY 2020-21 than the previous ones, the sector is still not getting enough attention. Issues like a shortage of medicine and feed for the cattle, and inadequate training of staff due to lack of necessary funds are ultimately resulting in poor product quality and low dairy production.

One of the major problems that riddle the dairy industry is that the farmers are being deprived of fair prices for their produce. According to Milk Vita, the largest industrial processor in the country, a farmer is offered only 35-40 taka for a liter of milk depending on the fat level, whereas the cost of production is on average 43 taka a liter, driven by cost pressures such as increasing prices of fodder and raw feed ingredients. Insufficient prices act as a deterrent to farmers to produce milk for industrial processors and maintain the quality of the milk.

As the informal segment of the industry is dominated by small farmers and market intermediaries, quality control processes are inadequate or non-existent. As a result, the quality of milk is not being ensured. In addition to that as farmers do not get the fair price for their produce, they are often tempted to adulterate milk to increase quantity to cover their costs. In a study conducted in the Barishal district, it was observed that 100% of the samples collected were adulterated with water. Apart from that, other adulterants present in the samples were cane sugar (26%), powdered milk (14%) and starch (12%).[5]

As a result of some of the problems mentioned earlier, the domestic production of milk is still too low to realize its full potential. One of the main reasons behind low production is the absence of high-yielding breeds in the country. As most of the produced milk comes from marginal farmers who rear low-yielding local breeds, the bottleneck in the supply chain is slowing down the growth in the sector. To put it into context, an average local breed cattle’s yield is around one-twentieth of that of a cross-breed of local and 62.5% HF.[4]

As the domestic production is not yet sufficient to cover the demand for milk in the country, the market is still heavily dependent on imports. Despite the growth in domestic production, the import quantity of milk and milk derivatives has increased over the decades. According to International Trade Center, powdered and solid milk products worth $365.87 million were imported in the year 2019.[6]

How the Pandemic affected the Dairy Industry

In an industry that is already facing challenges on multiple fronts, the coronavirus pandemic came as a deadly blow. The key issues that the dairy industry in Bangladesh faced during the pandemic are:

Decreased Sales and Waste of Produce

After Bangladesh reported its first case of COVID infection in March 2020, the average family income dropped as high as 74% in two months.[7] Consequently, household expenses were squeezed, which impacted the sales of most goods including milk. As reported in May 2020 by Care Bangladesh, 4 million liters of milk worth 18.9 crore taka were being wasted due to insufficient demand every day during the first wave of coronavirus in Bangladesh.[8] The slowdown during the pandemic caused economic hardship for the farmers at the grassroots. As most of the dairy farmers are daily earners, imposed restrictions to curb infections took a toll on them. Many were forced to quit to seek a livelihood in other activities.

Dampened Outlook of the Industry

The dairy industry in Bangladesh had been experiencing a steady growth in terms of production for the last few decades. In continuation of the recent trend, the growth was expected to continue in 2020 as well. However, due to the impact of the pandemic the projected growth of the industry dropped from 5.5% to 2.1% in 2020.[9]

Possible Ways to Overcome the Challenges

Establishment of a Dairy Development Board

A dedicated board for the development of the dairy industry can be established to work towards the welfare of the farmers and consumers. The board can work with the objective of ensuring fair prices for the farmers through different initiatives. National Dairy Development Board of neighboring nation India can be set as a benchmark in this regard. With an effort to develop the national dairy ecosystem, NDDB India works on animal breeding, ensuring nutrition and good health of cattle, product and process development, cooperative training, quality assurance, sectoral analysis, and so on. With a similar socio-economic context prevailing in the country, Bangladesh could benefit from such an initiative as well.

Establishment of a Development Cooperatives

The establishment of dairy cooperative societies with the farmers can go a long way in solving farmer grievances. The cooperatives need to work towards ensuring proper price and quality. Prioritizing the marginal farmers’ interest, the development cooperative models in the dairy industry can greatly contribute towards the sector’s overall growth.

The dairy sector in Bangladesh is still practicing the traditional ways of cattle rearing at large. Integrating modern technologies in the traditional way of farming can help increase milk production. Automation in the collection, processing, and manufacturing processes can help achieve scale and reduce cost per unit. Methods like artificial insemination for quality breeding are now widely used across the world. Integrating such methods in the country’s dairy sector can expedite its growth to exponents. The current practices in the dairy industry in Bangladesh also lack large-scale farming. As most of the produce comes from marginal farmers who rear cattle within the household, the industry is not being able to grab the economies of scale. As a result, the overall cost of production goes up. Introducing large-scale farms equipped with modern technologies can bring down the cost of production and ensure profitability for all stakeholders.

Emphasizing PR and marketing efforts to spread mass awareness about milk consumption and its benefits can be a way forward for the industry to overcome the challenge of low consumption. The current level of milk consumption in Bangladesh is much lower than the recommended daily intake. To push this number up, dedicated awareness campaigns can be launched. Increased use of milk in local cuisine can also work as a contributing factor to increase overall milk consumption.

The implementation of the mentioned steps can bring positive changes not only on the supply side but also on the demand side of the market. According to the forecast of DLS, the dairy industry in Bangladesh is on track to achieve self-sufficiency by 2029.[3]  With adequate measures taken, the timeline of this projection can be shortened to cover the whole domestic demand and Bangladesh can even realize ambitions of a dairy export industry.