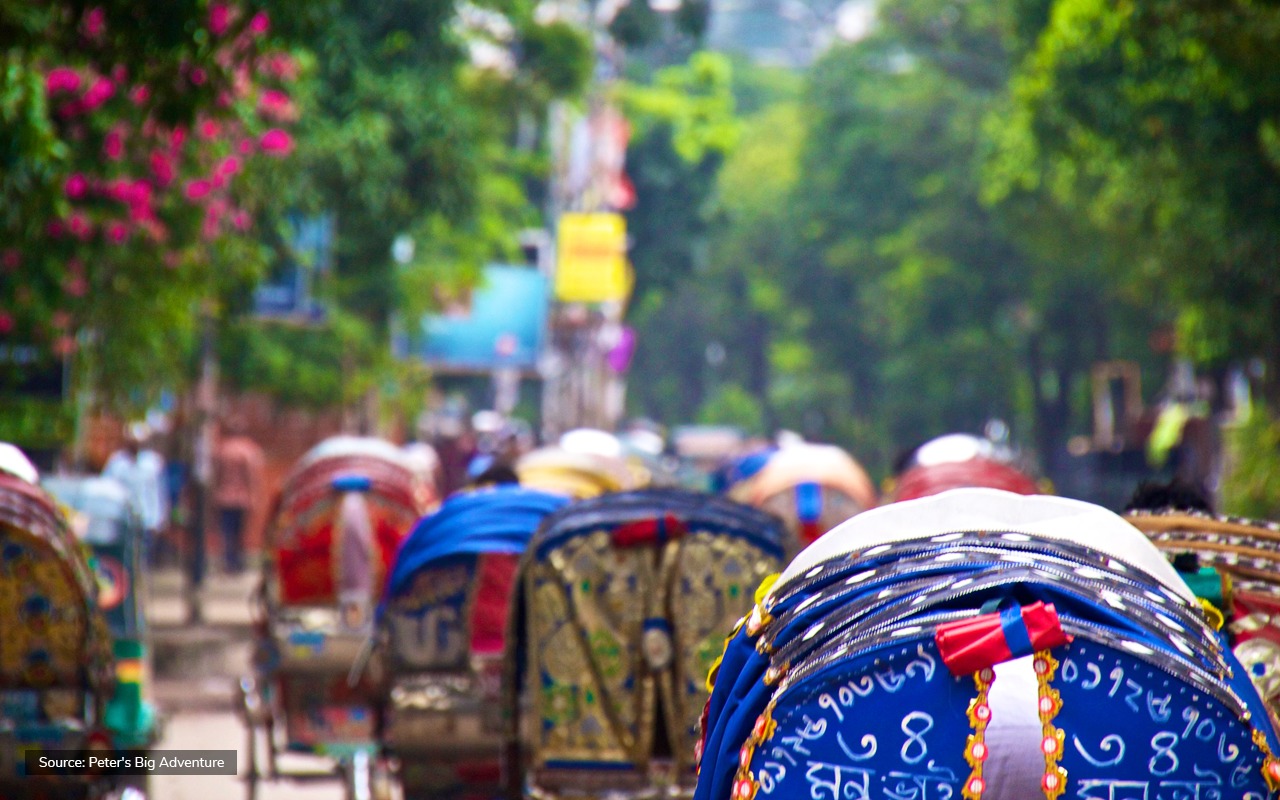 A city’s potential of being liveable can be quantified into multiple segmentations and judged from numerous viewpoints. Similarly, The Economic Intelligence Unit (The EIU) of The Economist Group analyzes key broad categories that paint the picture of the living conditions in different cities. Setting the most highly-ranked cities as a benchmark, a total of 140 cities get evaluated based on underlying indicators set for the different categories. However, the categories are segregated by different weights such that Stability and Culture & Environment hold a share of 25 percent each, Healthcare and Infrastructure each facilitate 20 percent, and the remaining 10 percent is analyzed based on Education.

Bangladesh, being one of the fastest developing nations in Southeast Asia, has been expansively progressing with an average GDP growth rate of over 6 percent and is due to graduate from LDC (Least Developed Country) status in 2026. Yet, the capital city of the country, Dhaka, has been holding its position among the 10 least liveable cities in the world for the past five years. Bangladesh’s constant progress in GDP per capita (USD 1,968) has even toppled that of India (USD 1,900) in 2020 [2] but the progress did not have any reflection on the city’s liveability index as Dhaka moved up only by one position from 138 to 137 in the time frame of 2019 to 2021 [1]. From the analysis done by The Economic Intelligence Unit in 2021, it was seen that Dhaka passed the 50 percent mark only in terms of Stability and has scored the lowest, only 16.7 percent, in Healthcare. However, the latter score was inevitable as the country got exhausted of its resources followed by the scarcity of hospital beds and lack of access to quality healthcare due to the pandemic[1].

In the figure below, Dhaka’s liveability index is visualized along with the country’s GDP per capita over the years as well as that of few other least liveable cities and their respective nations. In comparison, it can be seen from the figure below that even though Bangladesh possessed the highest GDP per capita along with a stable growth among the other regions, its capital city’s liveable condition stood at an unsatisfactory position compared to other capital cities like Karachi (Pakistan), Harare (Zimbabwe) and Douala (Cameroon). Therefore, it indicates that the country’s aggressive average growth rate of 6 percent over the years did not properly reflect on its substandard living conditions.

Note: *No analysis of the liveability index took place in 2020 due to COVID-19

The following sections explain the reasons behind Dhaka’s position in the livability index based on the categories of stability, Healthcare, Education, infrastructure and Culture & Environment.

In the past 4 years, Dhaka’s stability points increased from 50 in 2018 to 55 in 2021 which paints the picture of the city as a place where crimes and conflicts have reduced over the years [1]. However, developed nations consider the capital city to be high in threat of crimes, terrorism and political conflicts when providing tourism advice to their citizens [3]. At the same time, a representable 85 percent mass of the labour force belong to the informal sector whose job security lies on a thin thread in this pandemic and is yet to be out of threat [4]. Considering the circumstances, the possibility of rise in petty thefts and domestic conflicts can be the real reflection of what the pandemic has brought upon the city [5].

The healthcare sector of Bangladesh has always had to struggle to provide quality services and access to proper public healthcare to its citizens and the condition accelerated downhill in this pandemic. Dhaka had a constant low score of 29.2 points which dropped even further to 16.7 points in 2021 even after being considered the best place to get medical treatments in the country [1]. In this year’s budget, an announcement of BDT 327.31 billion (5.4 percent of total budget) which accounts for a healthcare spending of BDT 1,956 per capita, was announced and it was only 0.3 percent more than FY21 budget allocation proportion for the healthcare sector. At the same time, with over 7 percent of households entering poverty while trying to pay for medical expenses, the country’s access to affordable healthcare remains questionable [6].

Similar to the healthcare sector, education too got gravely affected by the pandemic as schools are yet to open physically while the country lacks the infrastructure to cope up with online learning. This took a toll on the points tally as Dhaka dropped to 33.3 points in 2021 from 41.7 points in the previous year [1]. However, the underlying concern about Bangladesh’s substandard education quality is in its lack of investment and high drop rates among children. This year’s budget allocation on education and technology was 15.7 percent of the total budget, and it was only 0.3 percent higher than previous year [7]. Considering the departure of students to different parts of the country due to lockdown and having to attend classes with expensive poor internet connections, more priority should have been given to online learning as it has the potential to become the new normal in the upcoming years. Along with the lack of expenditure by the government, it was also seen in 2018 that dropout rate was well around 7.5 percent in Grade 4 even when primary net enrollment rate was 98 percent [8]. Since the country hosts a massive informal job sector, children often stray away from education to do small-time jobs in order to earn money for their family. Even though the introduction of stipends has tackled the situation to some extent, high drop rates still persist among low-income families.

Unlike the rest of the categories, infrastructure development of Dhaka remained the same at 26.8 points over the years [1]. However, the score is significantly low as public transports do not adhere to any safety precautions and water and energy provisions are yet to reach properly in the outskirts of the city. Currently, the city’s vehicle speed averages at 7 km per hour and it is estimated to go below to 4 km per hour by 2035 if the current trend lingers [9]. Even though commute problems prevail, one of the important causes of it is the current infrastructural development taking place inside the city. Within the timespan of 2021 to 2023, ADB plans to invest USD 1,800 million on road and rail transport and USD 768 million on water and other urban infrastructures throughout the country, of which, Dhaka Environmentally Sustainable Water Supply Project (USD 185 million) and Dhaka Mass Rapid Transit Development Project (USD 300 million) are a few major inter- city development projects taking place [10]. Since the country is heavily focused on investments in its infrastructure, Dhaka’s position in the infrastructural segment is destined to rise in the future.

Lastly, the capital city took a dip in terms of culture and environment from 40.5 points in the past two years to 30.8 points in 2021 [1]. The rating was predominantly affected with Bangladesh being stated to have the worst air quality in 2020. The city of Dhaka had an average PM2.5 (Particulate Matter consisting of inhalable harmful objects that are less than or equal to 2.5 micrometers in diameter) concentration of 77.1, considered unhealthy, and was positioned second worst after Delhi. However, air quality of Dhaka deteriorated even further to being hazardous during the dry season [11]. On the other hand, the city being the capital of the country consists of diverse cultures as citizens from all across the country migrate here to afford a better standard of living. However, even though the constitute affirms religious freedom to all, certain cases of discrimination against ethnic groups and non-Muslims still continue to take place [3].

Even though Dhaka’s overall liveability points fell, which was mostly affiliated to the pandemic, the city rose a rank compared to other countries’ capital cities. Therefore, the possibility of growing even further is endless, with proper distribution of investment in sectors that are in need along with the completion of current and planned development projects, the capital city along with the country will prosper in the coming future.