Future of the Shrimp Industry in Bangladesh 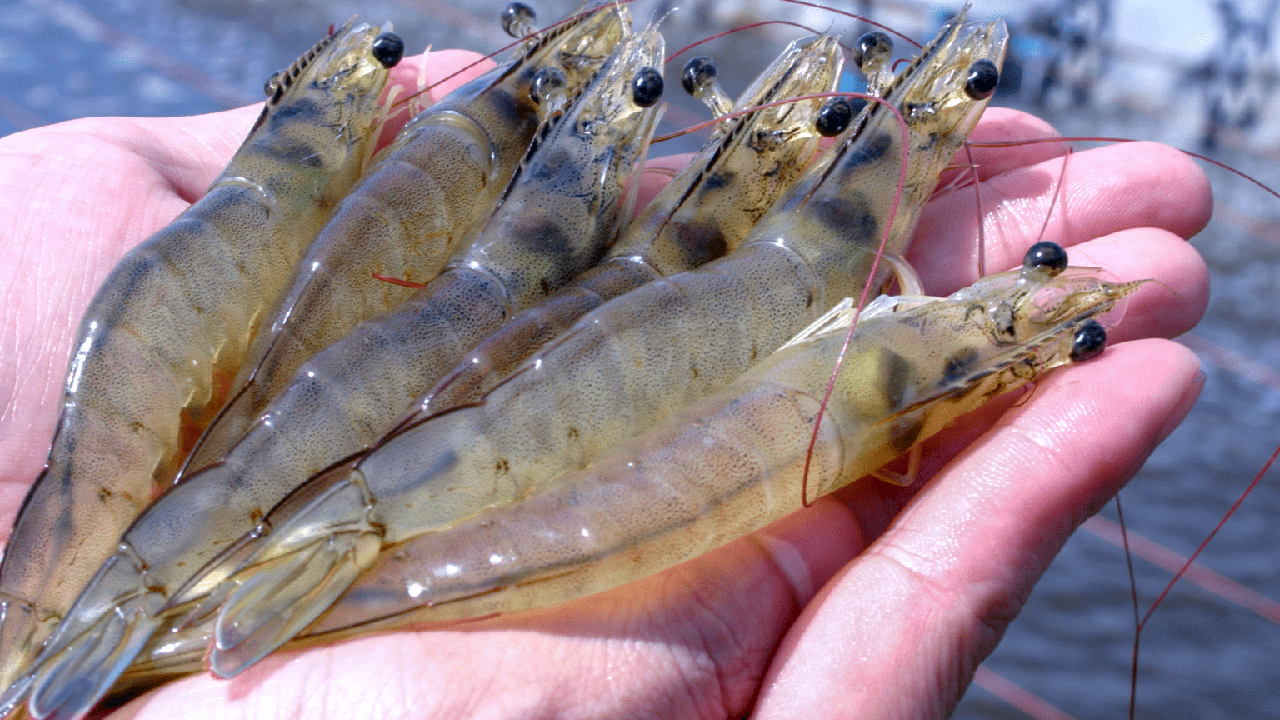 A Brief Historical Emergence of the Shrimp Industry in Bangladesh

In the early 1970s, the beginning of commercial shrimp farming started in Bangladesh with 9 fish processing plants being set up in Chittagong and Khulna and that gave rise to the present export-oriented shrimp industry. Since then, commercial shrimp farming slowly started to gain popularity in the coastal regions, but it only dramatically escalated in the early 1980s, which earned it the term ‘Blue Revolution’. The journey of the shrimp sector of Bangladesh can be further classified into four broader segments, they are:

The era of resistance

In the early days, shrimp aquaculture was governed by a complex system of political patronage consisting of powerful local officials, who were lured into the sector by the prospect of short-term profits. They would frequently extrude marginal fish farmers from their land, convert regions of the Sundarbans mangrove forest into shrimp farms and confiscate government-owned lands. These frequent exploitation of power and malpractices in shrimp production, which further lead to severe environmental degradation, gave rise to resistance against shrimp aquaculture among the affected communities, and with the help of NGOs such as Greenpeace, Nijera Kori, and Environmental Justice Foundation, the voice of the communities soon amalgamated with other global social justice movements and transcended national borders. This led to the rise of the era of resistance which was perpetuated till the end of the 1990s. [1]

Subsequently, around the same time in 1997, the export of fishery products to the EU from Bangladesh was banned by the European Commission resulting in an inspection of Bangladeshi seafood processing plants. Inspection findings highlighted severe deficiencies in terms of proper infrastructure and hygiene maintenance in the processing establishments. The ban was eventually lifted, after certain provisions, for six approved establishments. Nonetheless, it still resulted in USD 14.6 million less in revenues for Bangladesh in that period. [2]

The era of ambivalence

In response to the resistance and increased scrutiny from beyond the borders, Bangladesh authorities along with donor agencies established a series of environmental agendas, inspection, and quality control institutions, HACCP-based quality assurance programs, and conducted training of key individuals from private and public sectors, in order to demonstrate compliance and adherence to good shrimp aquaculture practices. Consequently, through a long series of institutional changes, and monetary and technical aid for new farmers and entrepreneurs, shrimp aquaculture began to be viewed in an ambivalent way. Moreover, as foreign earnings began to pour in, many rice farmers switched to shrimp farming on a trial basis and the era of ambivalence among the locals persisted until 2003.

Watch our Webinar on Shrimp Sector of Bangladesh

The era of normalization

Adoption of shrimp cultivation by local farmers as a means of livelihood.

In 2003, the era of normalization began in the shrimp aquaculture of Bangladesh. Many farmers, who had started shrimp farming on a trial basis permanently shifted their subsistence from rice to shrimp after witnessing profitability in the sector. NGOs soon shifted their stance from resistance to cooperation as well and shrimp aquaculture began to be widely accepted, as foreign cash from shrimp exports started to invigorate the local economy.

Simultaneously, around the same time in 2003, a Shrimp Seal of Quality (SSOQ) program which is part of a larger Agro-based Industries and Technology Development Project (ATDP II), funded by USAID, was set up to raise the value and volume of shrimp exports and further address the increase in White Spot Syndrome Virus (WSSV) in Monodon (Baghda) shrimp that was affecting the yield in production throughout the 1990s. The project held the potential to increase the value of shrimp exports fivefold by the year 2010. [3]

The era of economic turmoil and natural disasters

Cyclone Sidr and Aila, accompanied by the 2008 financial crisis of the West leads to a decline in foreign earnings from shrimp exports for Bangladesh.

Comparatively, shrimp export hit the worst during the times of global economic recession in 2008. The price of shrimp in the global market dropped by $1 per pound in late 2008 compared to the 2007 prices. All the major key markets in Europe saw their shrimp imports decrease which consequently affected Bangladesh’s shrimp export figures as well since the EU is one of the top destinations for shrimp exports for the country. [6]

Following the passage of the disastrous cyclones, shrimp farming was witnessed to have dramatically increased compared to rice cultivation in the coastal regions given the increased salinity of agricultural land rising from the intrusion of saltwater in the area, rendering rice cultivation futile. Despite the evidence, that climate change has resulted in lower yields, people still perceived shrimp production to be more profitable than rice production. [7]

The decline in foreign exchange earnings from shrimp exports

Shrimp exports once again start to see a fall beyond 2015, after experiencing successive years of growth.
During the FYs of 2010-11 to 2013-14, Bangladesh shrimp export values saw the biggest increase. This is due to increasing global prices for shrimp resulting from a shortage of supply from the top three shrimp-producing countries, China, Vietnam, and Thailand, caused by disease-related issues in their home production. However, export figures soon started to plummet in the following consecutive years (-5.8% CAGR from 2014-2019) with exports reaching a record low of USD 329 Million in 2020. [8] In the five years till 2018-19, Bangladesh’s share in the world shrimp market had fallen from 4% to 2%, and shrimp exports by 33%. Additionally, production has also shrunk by 28.5%. [9]

A perfunctory assumption can be that lower annual production has yielded lower export values but a deeper analysis proves the existence of several other factors at play that has given rise to the ailing shrimp industry.

The new era of ambivalence

Bangladesh once again finds itself at a crossroads.

The global export market stood at USD 33.81 Billion in 2021 and is estimated to be USD 53 Billion by 2028, growing at a CAGR of 6.81% in the forecast period. In order for the Bangladeshi shrimp market to make a comeback in the global market, two paths lie ahead, and currently, the country is at a critical junction.

Option 1: Continuing the legacy of monodon production. The black tiger shrimp that accounts for such a huge portion of the country’s shrimp export can be introduced to the world as a national treasure which will help fetch a premium price for the product. In this regard, Bangladesh can follow the footsteps of Japan as they are often highly revered for being successful in establishing Kobe beef as their national treasure, which further helped fetch the label of a premium product.

In the past, cattle in Japan were used as a draft in agriculture and mainly bred for endurance. This practice in turn led to the development of intramuscular fat (IMF), often termed marbling. Over the years as trade and globalization fostered, the breeding of Japanese cattle with other foreign cattle resulted in the development of the world-famous Wagyu beef. In 1997, Japan enforced a ban on the export of Wagyu cattle and declared it a “national treasure” after 4 female Wagyu were exported to the US in 1993.

Currently, the price of wagyu beef is $200 per pound. The premium price and reputation are derived from the way the cows are raised and slaughtered. Proper quality maintenance, stringent certification, and grading are of the topmost priority in terms of the production of this beef. The cows are fed premium quality whole grain feed and are made to live stress-free lives in order to ensure high-quality beef. For Bangladesh to replicate this outcome in terms of shrimp production, it is imperative that the farming practices, feed quality, certification, and value chain issues are resolved to ensure consistent top-grade quality in the global market.

In 2021, the Department of Fisheries (DOF) applied for the Geographical Indicator (GI) certificate for black tiger (monodon) shrimp, which will recognize it as a national treasure of Bangladesh. Even though many other several Asian countries grow black tiger shrimp, the characteristics, texture, aroma, and taste cannot be replicated and this validates the proposal of a GI certificate for the black tiger shrimp. Through GI certification, Bangladesh will receive legal protection and the right to produce the product. It will further receive premium prices in the export market and prices are often witnessed to go up by 30 percent after GI certification.

Finally, after 15 years of pressure from shrimp exporters to allow the production of Vannamei shrimp in the country, the Bangladesh government approved two pilot projects in 2020, that would carry out Vannamei production on a trial basis in order to measure the success rate. Under the supervision of the Department of Fisheries and Bangladesh Fish Research Institute, Sushila, a non-governmental organization in Khulna along with MU Seafood and Agri-Business Enterprise in Chattogram commenced production of the non-native shrimp. 1 million Vannamei post-larvae were imported from Thailand in 2021 to start the trail. According to the Director of Bangladesh Frozen Foods Exporters Association, Das, Vannamei production rate under a controlled environment has been 8,901 kg per hectare, whereas Monodon production rate on average is 800-1000 kg/ hectare, with traditional and extensive farms being as low as 200-300 kg/ hectare. [13] Currently, the shrimp industry is awaiting the government’s approval to start commercial production of the species which will require another three to four years before production can commence.

Modernization of the shrimp sector is the way forward

According to the data from Export Promotion Bureau (EPB), in the last six months of the FY 2021-2022 (July- December), earnings from shrimp export stood at USD 268.96 million, a significant jump from USD 194.58 million registered in the same period last year. [9] Even though this ushers significant hope for the sector, there are several systematic flaws that currently plague the shrimp sector which requires addressing for Bangladesh to establish itself as a valuable player in the global shrimp market. Some of the necessary steps are outlined below: