Is Bangladesh Ready for The Adoption of Electric Vehicles? 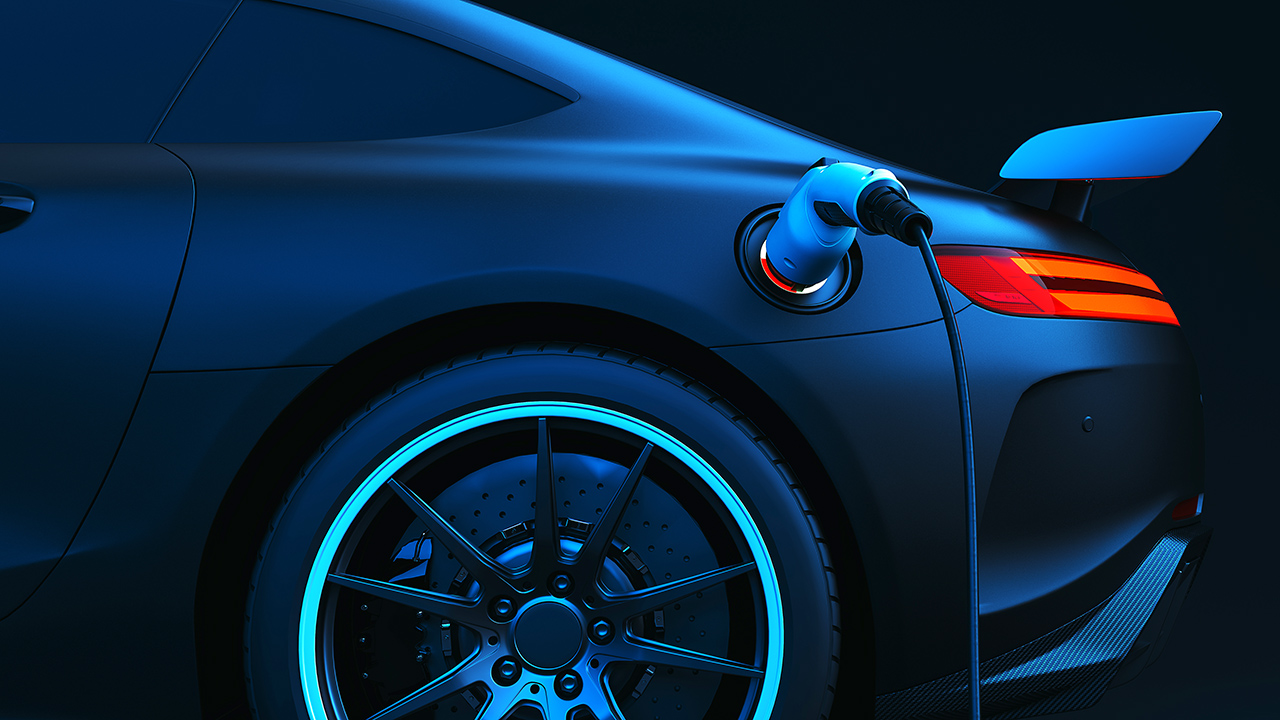 Electric Vehicles (EVs) are vehicles that are totally or partially fueled with electricity. EVs are usually cost-efficient and greener compared to Internal Combustion Engine (ICE) vehicles, which run on fossil fuels such as gasoline that heat the internal combustion engine of the vehicle. Hybrid vehicles are a combination of both, which use both gasoline and electricity as the means of propulsion. Adoption of Electric Vehicle scenario in Bangladesh is highlighted.

Although EVs are often considered to be the most sustainable form of motorized transportation, they are not necessarily 100% green. Instead, EVs are only as green as the source of electricity that powers them. From an economic standpoint, EVs and hybrid vehicles provide cost savings as an incentive over traditional fossil fuel vehicles.

In the context of Bangladesh, EVs hold an answer to solving the power overcapacity conundrum, which can be mitigated through the adoption of electric and hybrid vehicles. According to the Bangladesh Power Development Board, only 40% of the power generation capacity is currently being utilized in Bangladesh. [1] Introducing EVs and hybrid vehicles in the country can reduce pressure on fossil fuel demand while raising little cost in power generation. So, adoption of electric vehicle in Bangladesh will ensure proper utilization of power.

Four-Wheeler Hybrid: Due to lower operational costs, the demand for hybrid vehicles has gone up over the last few years. In terms of sales, the figure had been rising sharply up until the COVID-19 pandemic in 2020. In 2018, the hybrid four-wheeler market has registered a 900% increase in sales.

In the Bangladeshi four-wheeler hybrid vehicle market, Toyota leads the way with one of its cost-efficient full-hybrid vehicles (FHV), the Toyota Aqua (Toyota Prius-C). Toyota Aqua can run 33-38 km with each liter of fuel consumption, which is a much better performance than gasoline-run vehicles.[2] According to one of the leading automobile importers/distributors in Bangladesh, one of the top automobile retailers in Bangladesh, a regular 1600cc gasoline-run vehicle can run 7-8 km/liter, while a hybrid vehicle with similar specifications can run 15-16 km with the same amount of fuel.

Four-Wheeler EV: The four-wheeler EV market is still virtually non-existent in Bangladesh. Currently, it is estimated that there are less than 10 passenger EVs in the country, and all of them are concentrated in the capital city. However, the market is likely to pick up in the future as the country is expecting to receive sizeable investments in the sector. Nitol-Niloy’s ‘Suvare’ was set to be the first locally assembled four-wheeler EV to hit the market before being interrupted by the pandemic. The project with an estimated cost of BDT 3.5 billion, is being set up in Pabna and Bogura.[3] Moreover, Bangladesh Auto Industries Ltd. (BDAuto) has invested $200 million in the country to locally manufacture electric SUVs, sedans, hatchbacks, two-wheelers, and three-wheelers.[4]

Three-Wheeler EV: Although the four-wheeler EV market has not yet flourished in the country, EVs dominate the three-wheeler market in Bangladesh with motorized rickshaws and easy-bikes. The total number of easy bikes and motorized rickshaws are 1 million and 0.24 million respectively, which facilitates transportation for 250 million people in the country.[5] Considering the socio-economic context of the country, these vehicles are an ideal mode of transportation due to their inexpensive nature. Moreover, sharing rides is one of the distinctive features that make this transport more popular as it reduces per-head fare cost. The popularity of three-wheelers in Bangladesh has been able to attract foreign and domestic investments. India’s automaker Omega Seiki has recently announced an investment of INR 1 billion to set up EV manufacturing facilities in Bangladesh.[6] Moreover, local auto manufacturer BDAuto is also set to manufacture three-wheeler EVs for domestic and foreign markets.

Two-Wheeler EV: Like three and four-wheelers, electric motorbikes are also drawing the attention of Bangladeshi consumers due to lower fuel costs and convenience. Recently, local giant Walton announced the introduction of their e-bike lineup. As claimed by the manufacturer, the vehicles will be highly cost-efficient as the operating cost per kilometer will range between only 10-15 paisa. Moreover, the bikes are expected to be priced lower than traditional two-wheelers. It will cost only 7-8 Taka to fully charge the vehicles.[7] Apart from Walton, some other local manufacturers such as Runner, Akij, and Duranta are planning to distribute locally assembled two-wheeler EVs in the Bangladeshi market. The current adoption of electric vehicle in Bangladesh is still at a slow start but hoepfully there will be some rise with initiatives being taken.

The automobile market in Bangladesh is largely modulated by the government with one key instrument: taxation. The label prices of vehicles often do not mean much to Bangladeshi consumers, as the extraordinarily high import duty on automobiles in Bangladesh can be up to 827%. The tax incidence is proportional to the cylinder capacity (CC) of the vehicle. Among different kinds of vehicles of similar cylinder capacity, gasoline-run Completely Built-Up (CBU) vehicles are taxed comparatively higher. CBU vehicles do not require assembly and are sales-ready. Gasoline-run Completely Knocked Down (CKD) vehicles that are imported in parts and then assembled are taxed lower than CBU gasoline vehicles. The tax incidences on hybrid and electric CBU vehicles are the lowest, which makes them an attractive option for consumers by pulling the effective price down.

Tariff on electric usage set by Bangladesh Energy Regulatory Commission is a key determining factor of Electric Vehicle and Hybrid Vehicle adoption in Bangladesh. Whether adopting electric and hybrid vehicles will be cost-effective, largely depends on these rates.

There are different types of EV charging and the basic difference between them lies in the input level of voltage. The DC Fast Charging Stations are highly suited for commercial charging that requires a direct current input.[9]  In Bangladesh, commercial DC Fast Charging has not yet been introduced. The existing small number of cars are now managed using residential arrangements of charging. Although high-voltage electrical lines may be extended to homes for EV charging, users themselves must bear the expenses of the installation of this line. Moreover, the power consumption is charged at commercial rates, which are much higher than residential rates.

The country’s undeveloped infrastructure is a major hurdle in the way of adoption of Electric Vehicle in Bangladesh. As of December 2020, the country had just 14 EV charging points with a total capacity of 278 kW. [10] Moreover, these stations are not feasible for high-load commercial use as they are operated using solar energy, leading to a longer charging period. The following table shows a comparative picture of EV charging infrastructure among selected countries:

The Government of Bangladesh has recently drafted a new policy for automobiles targeted to integrate energy-efficient vehicles into the ecosystem. The government is eyeing to increase the share of EVs to at least 15% of all registered vehicles by 2030. The policy includes:

Countries around the world are taking initiatives to facilitate the shift towards EV and hybrid vehicles. On the global stage, Norway is setting examples in terms of EV adoption with the highest EVs per person. The top five countries in the race are Norway (18.9 people per electric car), the United States (46.8), Iceland (72.6), Sweden (76.7), and the Netherlands (141.4).[17] Many countries are looking at a deadline of 2030 to limit traditional fossil-fuel vehicles. India and the UK have declared a ban on selling ICE vehicles after 2030, and China after 2040. [18] [19]

The Way Forward for Bangladesh

To expedite the adoption of EVs and hybrid vehicles in Bangladesh, the government has already drafted an automobile policy in 2020 that considers the matter of providing incentives to the industry stakeholders. The draft policy has the provision to incentivize the industry through tax exemptions to encourage local production and assembly of electric vehicles, as well as reduction of import taxes and indirect taxes like VAT and AIT. However, for the industry to be benefitted, the draft needs to be materialized quickly. The government can also take initiatives to encourage consumers to purchase electric and hybrid vehicles, by providing discounts or cash incentives at charging stations and toll booths. The regulators can also introduce green subsidies on zero-emission vehicles following advanced nations. In California, for example, consumers can claim up to $7,000 cash subsidy while purchasing an electric vehicle. [20]

As discussed earlier, the EV ecosystem in Bangladesh is still embryonic. Rapid infrastructure development is a necessity at the moment for the country to meet the 2030 deadline of 15% Electric Vehicle adoption in Bangladesh. Charging stations are needed to be set up to comparable levels of gasoline filling stations. Currently, there are 759 filling stations in Bangladesh to cover the operational fossil fuel vehicles in the country.[21] To completely substitute fossil fuel vehicles, the infrastructure needs to reach this benchmark, if not surpass it.  The countries like Norway and the UK that are pioneering in the sector, can be taken as benchmarks to develop the ecosystem from the bottom in terms of charging facilities available.

Technological excellence is another important milestone to be achieved on the road to widely adopting EVs in Bangladesh. The cost of vehicles can be further brought down by locally manufacturing and assembling vehicles. Lowering the cost of EV and hybrid vehicles can be a great incentive for consumers to adopt them over gasoline-run vehicles. Through the transfer of technology – in the form of knowledge and skills, or hardware/machinery – from advanced nations, Bangladesh can hone its capabilities to locally manufacture high-quality vehicles, and thus, move the industry to the next level.

11. Biden wants to build a national EV charging system under a $2 trillion infrastructure plan, but it won’t be easy – CNBC

17. Which country is leading in the electric car race? – Carwow

19. Actions by countries to phase out internal combustion engines – The Climate Centre