Demand for Data Centers in Bangladesh: Assessing The Rise of Data Consumption 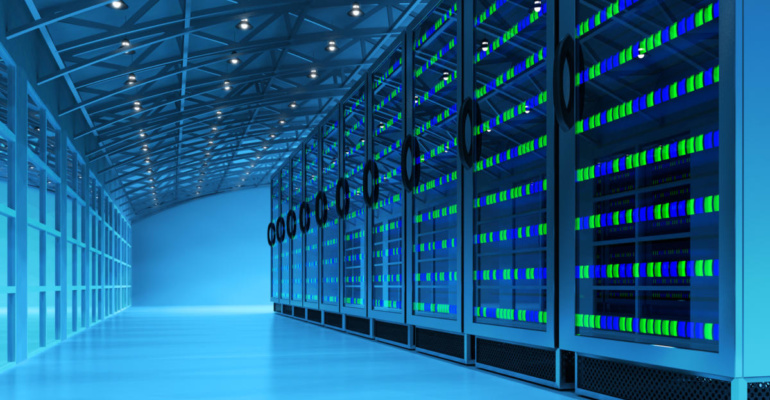 The world has generated more data in this decade than at any other point in time, and it is estimated that by 2025 the world will have generated 463 Exabytes (4,004,689 Gigabytes) of data per day.[1] The current number of internet subscribers in Bangladesh are 115 Mn (105 Mn mobile internet users and 10 Mn ISP internet users).[2] In addition, mobile 4G coverage is 95% which is providing internet access to the mass, and hence there is an increasing need to store data.[3] Along with the number of people with access to the internet, the number of smartphone users has also increased, with 41% of mobile users opting to use a smartphone, additionally, there are around 1.6 Mn cellular Internet of things (IoT) devices.[3] Furthermore, the e-commerce and f-commerce industry has expanded, especially in the context of the pandemic and increase in the number of new customers who are now accustomed to online shopping. Several other factors have also played a part in this adaptation of technology in Bangladesh:

With the favorable demographic dividends, rising incomes, and favorable policies for digitization, the demand for technology-supporting facilities, such as data centers are expected to increase.

The Different Tiers of a Data Center

Data centers are large-scale computing infrastructures that are primarily used to store data. Data centers can also be used to provide cloud services such as hosting websites. Along with that data centers are used for supporting a variety of applications such as shared computing. As a result, data centers are touted as a key resource in the IT sector.[6] There are four tiers of data center certifications with specific component requirements.[7]

The data center tier classification was created by Uptime Institute (currently a part of 451 Group) over 25 years ago to standardize the standard for international data centers around the globe, though there are other accrediting agencies such as Telecommunications Industry Association (TIA). There are different tiers according to the system availability needed, and the criteria for the tiers are progressive so each tier incorporates the requirements for the lower tier. The tiers have no requirement to use any specific equipment, the data centers have complete autonomy and can decide which tier to aim for while applying for the certification. [8]

A Tier I data center is to meet the basic capacity level with infrastructure to support IT for an office setting. The requirements for a Tier I facility include:

Tier I is designed to protect against disruptions from human error, but it is not equipped to protect against unexpected failure or outage. Redundant equipment includes chillers, pumps, UPS modules, and engine generators. If there is any redundancy the facility will have to shut down completely for preventive maintenance and repairs, and failure to do so increases the risk of unplanned disruptions and severe consequences from system failure.[8]

Adding on from Tier I, Tier II facilities are designed to cover redundant capacity components for power and cooling that provide better maintenance opportunities and most importantly safety against disruptions. These components include but are not limited to:

The distribution path of Tier II serves a critical environment, and the components can be removed without shutting it down. Like a Tier, I facility, the unexpected shutdown of a Tier II data center will affect the system.[8]

However, Tier II still does not meet the required criteria for large enterprises, so Tier III data center is required to be concurrently maintainable with redundant components with redundant distribution paths to serve the critical environment. Unlike Tier I and Tier II, these facilities are not required to shut down the system when equipment needs maintenance or replacement, repairs can be done without the need to shut down.[8]

Tier IV data center improves upon Tier III by having several independent and physically isolated systems that act as redundant capacity components and distribution paths. This separation is necessary to prevent an event that can lead to compromising both systems. However, if the redundant components or distribution paths are shut down for maintenance, the environment may experience a higher risk of disruption if a failure occurs.

Tier IV facilities add fault tolerance to the Tier III network topology. When a piece of equipment fails, or there is an interruption in the distribution path, IT operations will not be affected. All the IT equipment must have a fault-tolerant power design to be compatible. Tier IV data centers also require continuous cooling to make the environment stable.[8]

Though the Tier system developed by Uptime Institute has defined a benchmark for international standards some industry players have mentioned how the definition of reliability is rather subjective and only the Uptime Institution has the final say in the certification. [9]

Current scenario of the data centers in Bangladesh

In Bangladesh, there are two national data centers, one of which is Tier III and the other is Tier IV, where all data generated by the GoB is stored.[10] The first National Data Center (NDC) was inaugurated in 2010 by Bangladesh Computer Council (BCC) under the Information and Communications Technology (ICT) Ministry, and it is certified as a dividend at a center. BCC also has a second data center which is the world’s 7th largest data center according to the project director of the data center.[11] The construction began in 2016 and the partner for the data center installation is ZTE, a Chinese technology company that specializes in telecommunications. According to Uptime Institute, the first NDC is classified as Tier III (Certification for Design), while the second NDC has Tier IV (Certification for Constructed Facility and Certification for Design Documents).[12] Along with that, the Bangladesh Army has a Tier III certified data center for their internal use.

In addition, there are many small to medium-sized private sector firms providing data center services, most of whom do not meet the criteria for Tier III, though there are some enterprise and commercial Tier III data centers in Bangladesh according to the data available from Uptime Institute. Both bKash and Felicity BigData have Tier III (Certification of Design Documents). Some private companies have taken Rated-3 (ANSI/TIA-942) data center certification, this means that they are not certified by Uptime Institute, rather they have the necessary equipment to run a Tier III center, but they lack certain criteria for Tier III certification under Uptime Institute guideline. ANSI/TIA-942 ratings are accredited by Telecommunications Industry Association (TIA) under the supervision of American National Standards Institute (ANSI).

A list of privately run data centers currently operating in Bangladesh is given below:

There are also some companies that provide cloud computing to research and academic institutions such as BdREN. They aim to connect all universities, research institutions, medical colleges, libraries, laboratories, healthcare, and agricultural institutions across the country with reliable access to high-end computing, simulation tools, and datasets.[13] There is a growing market for data centers in Bangladesh and with the introduction of the Hi-Tech parks, it will only increase.

According to industry experts, most of the data in Bangladesh comes through Singapore servers. This creates a two-fold challenge, the first is the issue of privacy and security in the current system the government of Singapore will have access to the data. Thus, it would be difficult to retrieve any sensitive data. Secondly, the cost of transferring data would be higher as it would need to travel quite a long distance which would require around 60ms to transfer from Singapore to Bangladesh. If the data centers are within country boundaries, then it would mitigate these two issues.

Due to the vision of ‘Digital Bangladesh’, the GoB has plans to make robust investments for large-scale technology-based projects, such as opening new data centers. The GoB has already spent approximately USD 6,000 Mn in digitizing airports, initiating smart grid projects, commencing digital connectivity projects, among others. The demand for digital solutions among the private sector companies in Bangladesh is increasing especially in the banking, telecommunication, and manufacturing sectors.[15]

The GoB has also initiated 25 Hi-Tech parks and software technology parks across Bangladesh, along with increasing the power generation to 15,000 MW which is crucial to accommodate new data centers. In addition, the data bandwidth is also increasing through the addition of 1,300 GigaBits (GBPS) internet through the submarine cable SEA-ME-WE-5 and 12 International Terrestrial Cables (ITC) adding nearly 400 GBPS.[14] Along with this, the government is proving attractive incentives for companies in the IT sector:[15]

The banks have to provide certain documents, such as the layout and list of equipment used to the Bangladesh Bank.  Additionally, access to the data center needs to be restricted, with banks having an Access Authorization list to prevent individuals from entering the premises. Lastly, the banks need to have a Business Continuity Plan (BCP) which covers the operational risks involved. This would also keep detailed notes of keeping the backup and mention the recovery process. The DRS must be within the 10 Km aerial radius from the production (main data center) site.[16]

Apart from the local market opportunities, there is also an opportunity to appeal to the regional market in South-East Asia. One potential benefit for India, specifically for the Seven Sister States (Meghalaya, Assam, Manipur, Arunachal Pradesh, Mizoram, Nagaland, and Tripura) as Bangladesh would be the nearest data center point. Though currently there is a National Data Center under construction in Amingaon, Assam, it would be used for Indian government websites and services.[17] So, for commercial use, it would be beneficial to the businesses in those states if Bangladesh had more data centers. In addition to that, some software companies are already providing support services in Bhutan, Nepal, and Myanmar. Hence it can create opportunities for them to cater to the regional players.[15]

Though the country has increased power generation, an uninterrupted power supply remains one of the key concerns. For a data center to be certified as tier 3 or tier 4 they will require an uninterrupted power supply. Currently, many firms still rely on in-house backups and are compelled to create multiple redundancies for internet connectivity. Additionally, the employees require more training to be more efficient at the operational level and the managerial level, expats from other countries may be required in the initial years. Lastly, in Bangladesh concerns remains as there is a lack of Intellectual Property (IP) and data privacy laws to protect both users and IT firms.[18]

Bangladesh offers a large pool of young talent in the IT sector along with attractive incentives for IT and ITeS companies. The GoB is pragmatic in its approach to support this industry and has already shown initiatives by introducing new data centers and inaugurating Hi-tech parks to accommodate the data center facilities. It is important for the government to enhance its young talent pool by providing more training schemes and improving existing laws so that it is more favorable for IT companies.

Given the Government’s push towards digitization, increased penetration of technology, and technology-oriented services, the demand for data storage and data centers is likely to surge. However, in order to leverage this demand for business opportunities and to strengthen the data engineering ecosystem in Bangladesh, some critical steps need to be introduced by the public and private sectors.