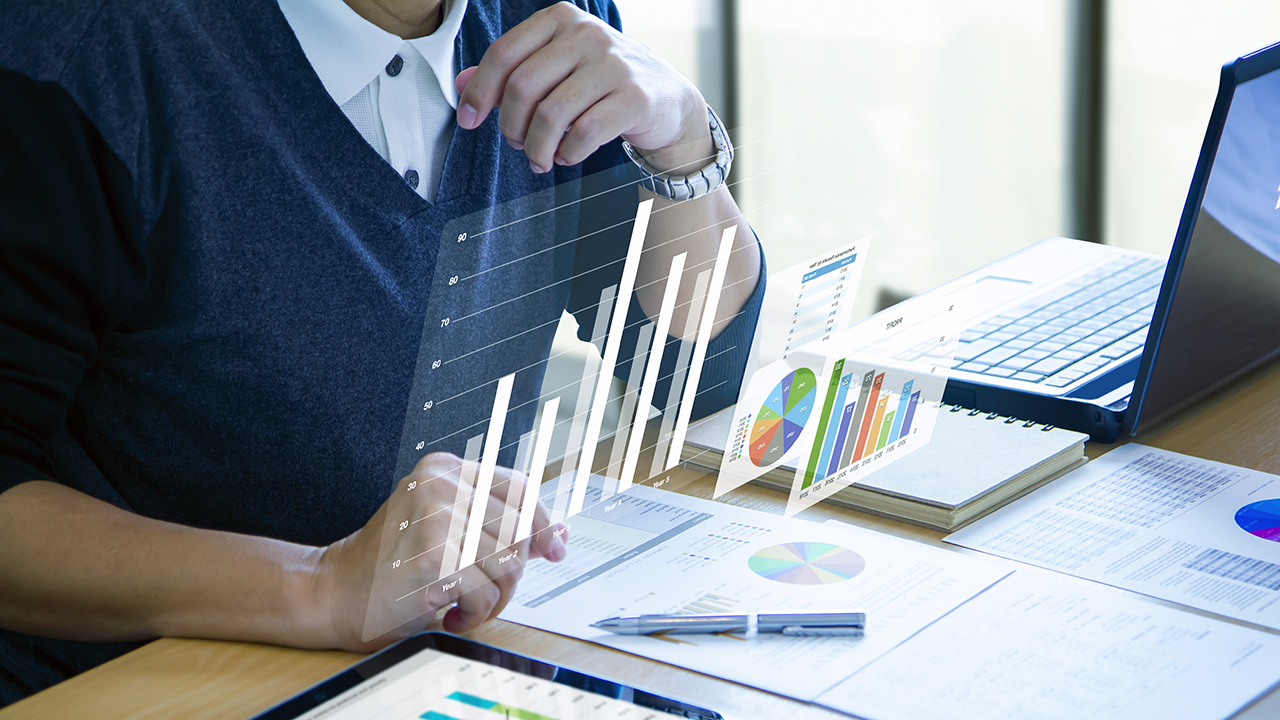 Amidst the growing concern of rampant inflation permeating through major aspects of daily expenses and Bangladesh Bank devaluating the Taka against the US Dollar, Finance Minister AHM Mustafa Kamal unveiled the National Budget for FY 2022 – 23. The budget 2022-23 proposed a total expenditure of BDT 6.78 trillion, total revenue and foreign grants of BDT 4.36 trillion with an overall deficit (including grants) of BDT 2.42 trillion [1]. The budget acknowledged the ongoing inflationary pressure resulting from the volatile commodity market and dislocated supply chain networks resulting from the Ukraine – Russia war. Attempts to support local businesses along with incentives for export-focused industries were notable. On the other end, subsidies, the health sector, and employment were given priority to give the populace some relief. Although these prioritizations will not cater to everyone’s desired level of interest, one should keep in mind the realities of our macroeconomic fundamentals, and the inability to bargain over the global market. In the following sections, the key dynamics of Bangladesh’s projected expenses and finances for the upcoming fiscal year are presented with a succinct discussion on major underlying mandates.

Want to learn about Agribusiness Digitization?

Construct of the Budget

The national budget in essence is a delicate conceptualization of expense fields and revenue sources. In the existing turbulent global economic context and our continuous import dependencies, this year’s budget focused on a conservative expenditure plan and a push toward an ambitious revenue target.

Want to learn more about Blended Finance and Catalytic Funding?

From another perspective, expenses can be divided up into two segments: operating and development expenses. BDT 4.32 trillion or 60.6% of total expenditure was allocated for operating expenditure while BDT 2.46 trillion or 36.3% was set aside for Annual Development Program (ADP) [17]. This allocation is 17.2% higher than the revised ADP from FY 2021-22. ADP is historically financed through internal and external resources. In the current budget, 56% is expected to be sourced from internal and 44% from external resources [3]. Among the external resources, BDT 930 billion is expected to be sourced from Project Aid [2]. The top five sectors which will utilize the ADP are given below [2]:

A major concern with ADP is the utilization rates. Over the past decade, a decline in utilization rates was observed for different sectors. The graph below shows recent trends in Health and Education sectors validate the concern [2]. However, this year’s budget speech came with a narration of prioritizing the projects close to completion and slowing down mega projects heavily demanding the import of raw materials.

The total BDT 6.78 trillion budget will be financed through tax revenue from the National Board of Revenue or NBR, domestic loans, foreign loans or grants, and other revenue sources. A total of BDT 3.7 trillion tax revenue from NBR is targeted for the upcoming fiscal year and it accounts for 54.6% of the total finances. This is a 12.1% increase from the revised budget of the previous fiscal year. The domestic loan will source 21.6% of finance which is a 17.7% increase from last year [1]. Foreign borrowings account for over BDT 95 billion which is almost 24% more than the previous revised budget. A breakdown of finances is given below [1]:

The overall deficit (excluding grants) of BDT 2.42 trillion accounts for 5.4% of GDP down from the previous budget’s 6.2%. BDT 1.46 trillion of the deficit will be financed through domestic sources wherein the banking sector will source 72.7% [1].

As it was put forth, the national budget aims at an increased revenue collection to finance greater public expenditure. The budget also recognizes the inflationary pressure due to the rising oil prices, depreciation of the taka against the US dollar, disruption of the global supply chain, the Russia-Ukraine crisis, and rising inflation in trade partners. Inflation has been projected at 5.6% while preparing the game plan for the next fiscal year [5]. Compared to May 2021, in May 2022 there has been a 65% increase in fuel price, 114% increase in the price of urea fertilizer, 29% increase in soybean oil price, 85% increase in wheat price, and 13% increase in sugar price [6]. Major attempts to protect businesses and people against this inflation have also become apparent in sector-specific measures.

Protection and Support Towards Businesses

The government will try to keep the supply stable and curb demand. In an effort toward the former, the government has created a special fund worth BDT 50 billion for salaries and wages for export-oriented industries. Another BDT 730 billion is set aside for affected large industrial and service sector enterprises, and BDT 400 billion for lending against working capital for the Cottage, Micro, Small & Medium Enterprises or CMSMEs [7]. The export development fund has been enlarged to almost BDT 552 billion from BDT 276 billion. There are also provisions for subsidizing the interest beyond 2% and a pre-shipment credit refinancing project of BDT 50 billion.

Source tax on raw materials for manufacturers has been brought down to 4% from 7% to maintain a stable environment to do business.

In a more sector-specific context, export-oriented industries have been given a reduced corporate tax of 12%, as a push toward export diversification. Currently, the Ready-Made Garments (RMG) sector enjoys this rate. Further, the tax is reduced by another 2% for green factories. The textile industry has been given the extension of a reduced corporate tax of 15% till FY 2025-26 [8]. The current 10% tax has been exempted completely for Bangladeshi flagged oceangoing ships till 2030 with the condition that the income must be brought into the country through banking channels [22].

Local businesses including publicly traded, non-listed, one-person companies, an association of persons, and other taxable entities, were offered a conditional corporate tax concession of 2.5% upon transacting receipts and income through a bank and that investment over BDT 1.2 million should go through a bank transfer. According to the proposed budget, the corporate tax rate has been reduced to 20% from 22.5% for listed companies, 27.5% from 30% for non-listed companies, and 22.5% from 25% for one-person companies [8]. The allocation is also expected to ease doing business through multiple initiatives, such as [7]:

Industry-specific VAT exemptions have also been proposed, with the following industries getting focus [7]:

Start-ups will also favor the new proposed budget as the allowance to carry over 9 years of successive losses will give them a higher opportunity to sustain. The already low tax rate of 0.6% has been further slashed to 0.1%, technically allowing new entrepreneurs to try out and explore their potential.

Furthermore, a ten-year tax break has been announced for fruit processing, vegetable processing, dairy and dairy products, baby food products, and agricultural equipment manufacturing [9]. Women-owned SMEs (turnover less than BDT 7 million) will keep on enjoying tax breaks [10]. The only requirement for businesses would be the requirement to show return submissions or face fines ranging from BDT 5,000 to BDT 20,000.

No Room for Tax Evasion and Unconditional Preferences

All this support for the businesses has a concomitant push towards the formalization of business accounts and revenue collection. The government’s conditions of using banking channels and reporting financials suggest that the government is bidding for a business landscape with accountability and formal contribution to national revenue at the cost of tax benefits and break during this harsh time. Evidence of this assumption can be noted by the following steps proposed in this year’s budget:

The Remaining Issues and Inquiries

From the above discussions, it is clear that businesses have been prioritized to be given a cushion against inflation and incentives to export. The budgetary stance also indicates a continued effort of the government to expand the tax net and bring in businesses along with high-income segments into the formal channels and establish a system of accountable and transparent revenue collection.

In exchange for inclusion in formal business channels and revenue collection systems, businesses and industries are given tax exemptions and policy incentives. However, corporations and business groups will derive their own interpretation of these government steps. They will surely weigh the monetary value of incentives, tax exemptions, and subsidized costs yet, they will also think critically about the doubled source tax, hassle, and red tapes which tangle up the government processes, etc.

Apart from the business angle, there are speculations about whether enough has been done for the low and middle-income groups [16]. In part two of our analysis of the National Budget 2022 – 23, those questions will be shed light on. The different aspects of inflation support will be analyzed in the context of different sectors.

Would you like to read the next part of this article?